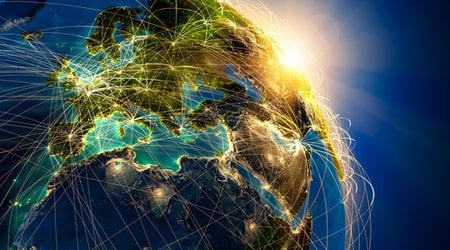 SWIFT confirms it plans to use blockchain following successful POC Andrew Munro 21 June 2019 NEWS The stage is now set. Tech companies in one corner, banks in the other and blockchain between them.

One of the most striking revelations of Facebook's Libra blockchain reveal was the fact that Facebook and a very tech-oriented conglomeration that includes some of the world's biggest names, announced that they were going all in on blockchain for payments.

And now today, less than a week later, SWIFT has released a new paper, Payments: Looking into the future, written by outgoing CEO Gottfried Leibbrant and CMO Luc Meurant, which confirms that SWIFT will be using blockchain pending a successful proof of concept with R3, and is expecting a more open model of financial services and apps within the banking ecosystem.

In addition to the use of GPI Link to connect trade and e-commerce platforms with DLT, SWIFT has already explored nostro reconciliation with 34 GPI banks to explore how DLT could help improve liquidity, looked at shareholder e-voting through DLT.

"It's do or die in payments. The cross-border payments landscape is no different." Do or die

"We don't think that cross-border payments challenges should be solved for with closed loop systems. Doing so would easily solve for a subset – or multiple subsets – of participants, but value needs to move everywhere – from every account, to every account. Loops create barrier...