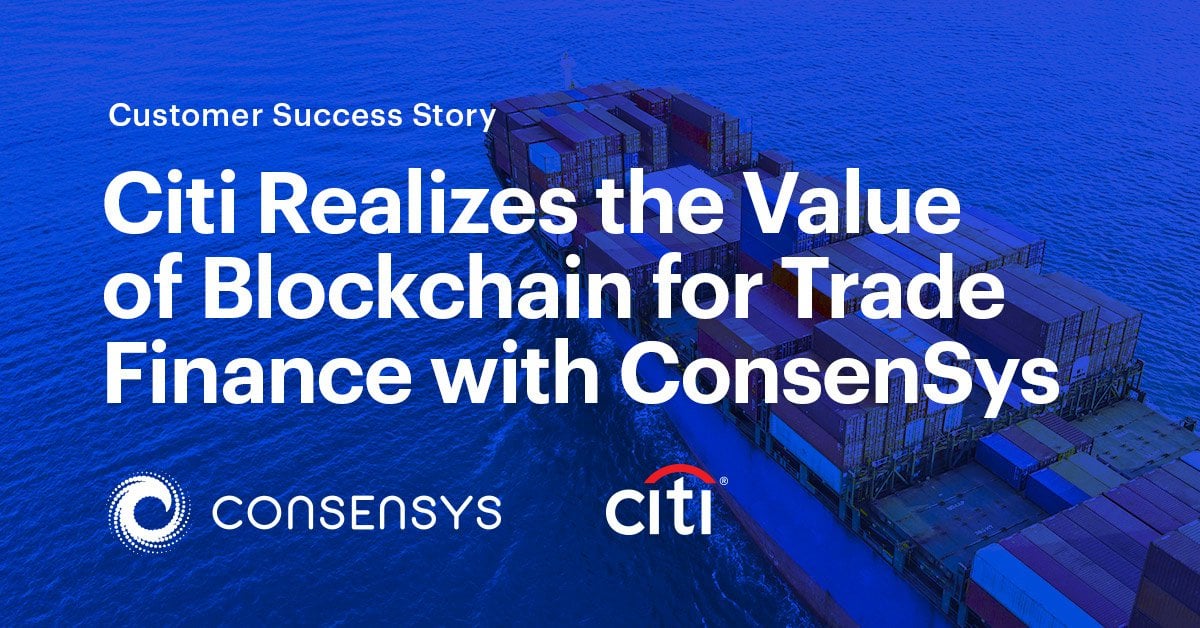 Recently featured in Forbes’s Blockchain 50 list, the Ethereum-based komgo platform is being adopted by a growing number of global banks, commodity traders, energy corporates, and other key players in the trade finance ecosystem who are determined to bring the industry into the 21st century. From digitized letters of credit to tamper-resistant data sharing, the platform is helping to simplify, secure, and standardize operations across the traditional trade finance industry, supporting the use case for blockchain for global trade.

komgo was launched in 2018 after 15 of some of the world’s largest banks, trading companies, and oil giants came together in partnership with ConsenSys to address challenges such as paper-based processing, delayed transaction settlement, potentially costly invoice factoring, and fragmented record-tracking in trade finance. The platform is the first blockchain-based solution for the commodity trade ecosystem.

Since its launch, komgo has surpassed $1B USD of financing on the platform and reduced the time to issue a digital letter of credit from an average of 10 days to 1 hour. In 2019, the platform rolled out Receivables Discounting and Standby Letters of Credit and onboarded multinational finance and energy institutions beyond the initial shareholder group such as TOTSA Oil Trading SA, SMBC, and Lloyds Bank.

komgo is continuing to work in partnership with ConsenSys to accelerate development and simplify adoption for other institutional players in the commodity trading market. We recently sat down with Kris Van Broekhoven, Global Head of Commodity Trade Finance at Citi, one of the founder investors of komgo, to discuss the benefits of blockchain in trade finance, the motivations behind Citi’s investment, and his vision for the komgo platform in 2020 and beyond.

How would you describe the komgo platform?

komgo is a new company dedicated to building a fully decentralized digital platform for end-to-end...