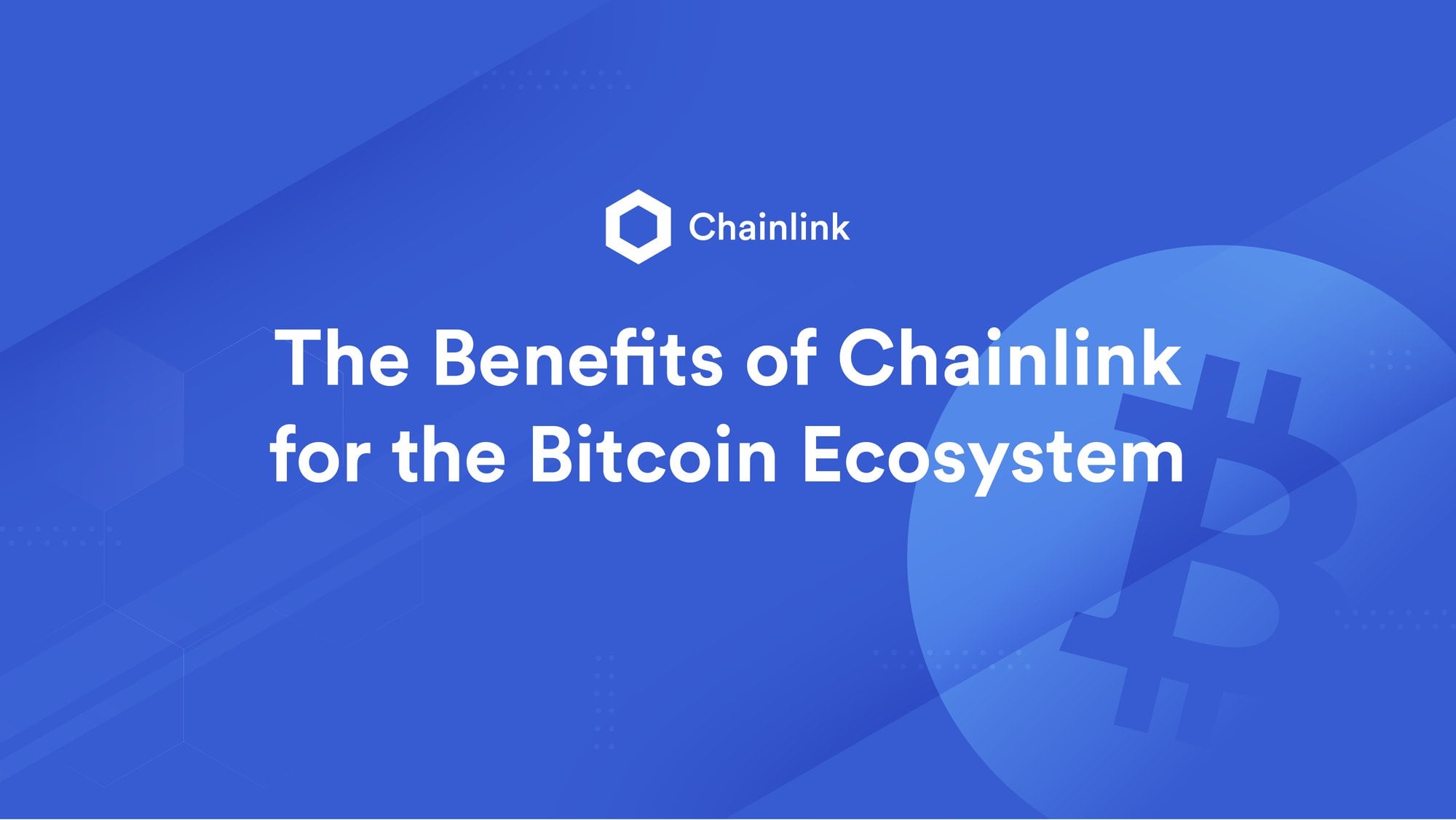 Since its release by Satoshi Nakamoto over a decade ago, Bitcoin has become a world-wide phenomenon as a new decentralized monetary asset separate from traditional fiat currencies issued by central banks. Chainlink has long been a supporter of Bitcoin as a more reliable digital form of sound money, with many of our founders and core team members having participated in its research and adoption since 2011. Chainlink’s enablement of DeFi products that use Bitcoin as a sound form of collateral will greatly increase user demand for Bitcoin within the cryptocurrency ecosystem and beyond.

Chainlink aims to directly complement Bitcoin’s capabilities by extending its value proposition without modifying its blockchain, allowing Bitcoin to maintain its unique security properties. By combining Chainlink, Bitcoin, and/or Bitcoin-secured smart contracts, new and innovative decentralized applications can be built that leverage the valuable properties that the Bitcoin blockchain provides, particularly as a store of value, medium of exchange, form of collateral, and decentralized computing network with extensive hashing power.

Some of the unique value-adds that the Chainlink Network provides to the Bitcoin ecosystem include:

Supplying on-chain price feeds and datasets regarding BTC and the Bitcoin blockchain, ultimately servicing the increasing demand for Bitcoin-based financial products like derivatives and money markets. Providing smart contracts with on-demand data regarding the current collateralization of BTC reserves backing $2B+ of wrapped Bitcoin, including both WBTC and renBTC, as a means of protecting users against fractional reserve practices. Delivering off-chain data and various other oracle services to smart contract networks secured by Bitcoin, including Rootstock and Blockstack, in order to expand Bitcoin as a conditional settlement layer. Allowing smart contracts on any blockchain to trigger and track payments on the Bit...
Continue on blog.chain.link
No posts found
Recent news
No posts found