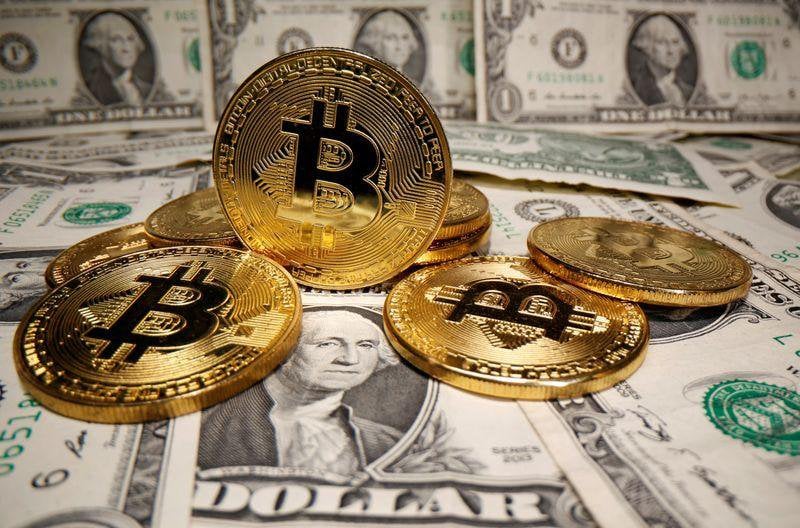 (Reuters) - The total market value of all cryptocurrencies rose above $1 trillion for the first time on Thursday as Bitcoin surged to a record high, according to data by crypto coin trackers CoinMarketCap and CoinGecko.

Bitcoin has jumped more than 900% to $38,655 on Thursday, from $3,850 in March, as governments increase speeding to blunt the economic impact of the coronavirus. This has raised fears about rising inflation and U.S. dollar debasement.

The cryptocurrency is also gaining traction with more mainstream investors who are increasingly convinced that Bitcoin will be a long-lasting asset, and not a speculative bubble as some analysts and investors fear.

Sergey Nazarov, co-founder of Chainlink, a decentralized network that provides data to smart contracts on the blockchain, said that there is a “lack of faith in traditional institutions that is driving this large rally towards cryptoassets.”

“While outsiders may view the cryptocurrency industry being valued at over $1 trillion as an incredibly significant milestone, in actuality our space is still in one of its very early stages of development and growth,” Nazarov said.

The market cap of all cryptocurrencies rose 10% to $1.042 trillion on Thursday, data from CoinMarketCap shows. Bitcoin accounts for around 69% of the total market cap of the total. It is followed by Ethereum with a 13% share.

Tomorrow at 11am EST on YouTube join @preston_vanloon and @crisgarner for a live AMA with @chainlink as they discuss the utilization of decentralized oracles to power the worlds first total crypto mar...
1
Share

Last week, we announced the launch of “The Offertory” decentralized lottery, which uses the Chainlink Verifiable Randomness Function (VRF) to obtain a secure, on-chain source of randomness. This…
5
Share