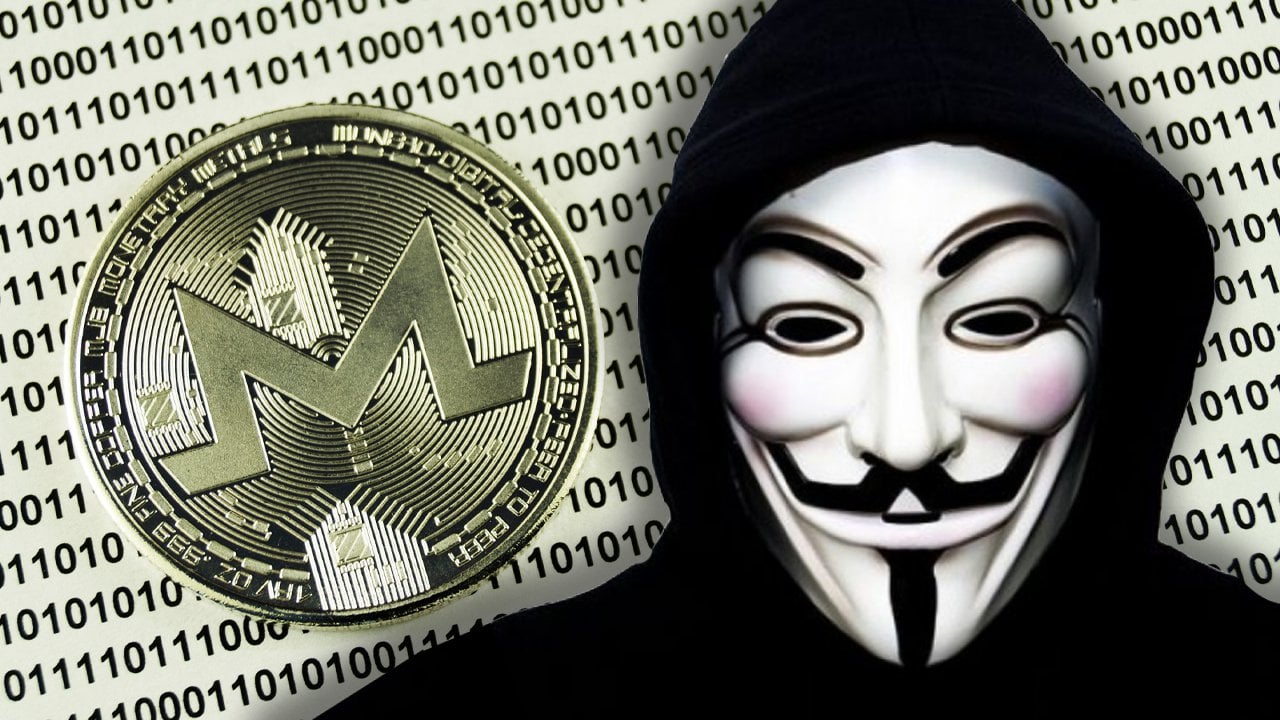 A Look at One of Crypto’s Greatest Mysteries — Bytecoin’s Alleged Premine and the Puzzling Nicolas Van Saberhagen, and Cryptonote Team

When Bitcoin first launched, the community was extremely small and it slowly grew during the first two years until the project’s creator, Satoshi Nakamoto, left the community for good. During the early years encompassing the world of cryptocurrencies, a number of anonymous individuals like Sunny King, Artforz, Rat4, and Cobra followed Satoshi’s method of keeping themselves unknown to the general public. The following is a look at the creator of the privacy-centric Cryptonote protocol, known as Nicolas van Saberhagen. The pseudonym was leveraged by the inventor of the untraceable transaction technology that sparked the features present in the blockchain networks Bytecoin, Monero, and two dozen others.

During the last 13 years, a number of individuals within the cryptocurrency ecosystem have remained anonymous. The use of anonymity when creating a crypto project continues to this very day, and people creating decentralized finance (defi) protocols, and even non-fungible token (NFT) collections have done so under anonymity.

In the early days, after Satoshi Nakamoto left, crypto project anonymity and “ninja launches” were commonplace within the nascent digital currency environment. For instance, the individual who launched the first graphics processing unit (GPU) mining farm, Artforz, was anonymous.

Artforz also implemented the first FPGA miner and launched a cryptocurrency asset called Tenebrix. The Tenebrix digital currency was dubbed a “CPU-friendly, GPU-hostile cryptocurrency” and Tenebrix gave birth to Scrypt as a proof-of-work (PoW) function and the crypto networks Fairbrix and Litecoin (LTC).

Another anonymous individual within the crypto community was Sunny King, the creator of the first proof-of-stake (PoS) function, and the inventor of Peercoin (PPC). The difference between Peercoin and most PoS networks today, is PPC is a hybrid model of both PoW and PoS. After King disappeared for a while, the anonymous creator came back to create another project called Vee.tech, which never really materialized.

Then there’s the mysterious Nicolas van Saberhagen, the anonymous creator of the Cryptonote white paper. The paper was originally published on December 12, 2012, and then a second version was later published on October 17, 2013.

Saberhagen’s Cryptonote technology was leveraged by the blockchain network Bytecoin (BCN), a crypto asset that was created from scratch, instead of being a fork of Bitcoin. The network also has a strange background, as bitcoinwiki.org says the BCN project is “not a fork of Bitcoin in any way. Its history is completely covered in the mist: countless puzzles, unknown developers’ names, and secret messages.”

Like Bytecoin, the blockchain network Monero (XMR) is also fashioned from Saberhagen’s Cryptonote technology. Not much is known about the character Saberhagen, but some have theorized that the inventor may have crafted Bytecoin (BCN) and that BCN could possibly have been “Satoshi’s second project.”

Some have said that Saberhagen may have been the creator of Bitcoin, as both individuals were anonymous and both created breakthrough cryptographic schemes. Moreover, Saberhagen may be tied to even more mystery behind the Cryptonote technology, as members of the Stanford Bitcoin Group (now called the Stanford Blockchain Club) were once accused of being behind Cryptonote technology.

However, a member of the Stanford Bitcoin Group denied being involved with Cryptonote cryptocurrencies, the white paper, and tech. He further said that the Stanford Bitcoin Group had no involvement with Cryptonote tech, either. Furthermore, besides Saberhagen, the Cryptonote technology itself was also reportedly built by a team of individuals known as Johannes Meier, Maurice Planck, Max Jameson, Brandon Hawking, Catherine Erwin, Albert Werner, and Marec Plíškov.

I am not associated with the CryptoNote cryptocurrency project despite recent accusations https://t.co/HyKxXbF352 — Alain Meier (@alain) August 16, 2014

All seven team members, which use the names of famous scientists, were interviewed in an article that appeared on the web portal bitcoinbarbie.com. The seven-member Cryptonote team doesn’t mention Saberhagen’s role at all, and they further stressed that they had no intentions of creating a cryptocurrency. The Cryptonote team remarked that before Bytecoin, there was another project called “Betanote.”

Furthermore, besides Bytecoin (BCN) and Monero (XMR), the blockchain networks Ducknote (DUCK), Fantomcoin (FCN), Quazarcoin (QCN), and Boolberry (BBR) leveraged Cryptonote technology as well. Most of the aforementioned crypto assets are long-forgotten, except for XMR, which is the largest privacy coin by market capitalization today. Besides publishing the Cryptonote white paper, Saberhagen wasn’t heard from again until an alleged talk at the P2P Financial Systems event in 2015.

Saberhagen was supposed to give a speech at the conference but instead, he allegedly called via Skype using a voice changer. It was said that no one understood Saberhagen and to this day no one has a copy of the talk. Moreover, someone offered a bounty to get his hands on the alleged talk by Saberhagen four years ago.

An image of the P2P Financial Systems event in 2015 when Nicolas van Saberhagen allegedly talked to the audience via Skype, using a voice changer. Copies of this discussion are not available on the web.

On April 1, 2020, monerooutreach.org published an April Fool’s Day article that claims “new evidence suggests Bitcoin founder Satoshi also created Monero.” While there’s no proof that Saberhagen and Nakamoto are the same, both creators’ inventions have created a myriad of forks. Since the launch of Bytecoin (BCN), the open-source crypto chain built from scratch spurred the creation of at least two dozen BCN clones.

Since the inception of Bytecoin (BCN) and Cryptonote tech, there’s been roughly two dozen BCN forks and Monero (XMR) is the largest privacy crypto asset in terms of market cap. Bytecoin and its clones are not forks of Bitcoin (BTC).

In August 2010, Satoshi Nakamoto discussed how people can obtain blockchain privacy via “key blinding” and “group signatures.” The discussion stemmed from a conversation where users complained that Bitcoin’s “entire history of transactions is completely public.” Five days after Satoshi’s discussion, Bytecoin wrote another post about “hiding the recipient and amount until the money is spent.”

Later, the anonymous user called Bytecoin wrote about how a “wallet handling code should be a separate process.” The following year in 2011, the bitcointalk.org forum member said “untraceable transactions which can contain a secure message are inevitable.” Months later, Bytecoin wrote about “protecting privacy without generating and distributing new addresses” and all of Bytecoin’s writings and ideas proposed pre-dated the original Bytecoin (BCN) network launch in 2012.

Bytecoin has been controversial for years as it was alleged that developers premined a great deal of BCN. Questions arose about Saberhagen’s digital signatures in the two Cryptonote white papers and whether or not they were altered at a later date. It is believed that the Cryptonote white papers were backdated and version 1 of the paper was really created on October 4, 2014.

Some people believe Saberhagen’s digital signatures were back-dated and that the Cryptonote white paper was really created on October 4, 2014.

Bitcointalk.org forum member “rethink-your-strategy” claimed Bytecoin was an 82% premine, which would make it one of the largest premined coins in history, if the accusations are true. The forum member “rethink-your-strategy” added that while the creators “developed amazing technology [that] had a pretty decent implementation,” the creators were “greedy,” “scam artists,” and “Botnet creators.”

There’s a whole lot of mystery tied to Nicolas van Saberhagen, the Cryptonote team, and the creators of Bytecoin (BCN). No one knows why these people decided to become anons and publish the Cryptonote technology leading to the launch of a number of different crypto assets. Some people believe anonymity is used so law enforcement officials have no one to attack if the technology is leveraged for criminal acts.

Saberhagen and the Cryptonote team were a small group of the long list of many members in the crypto community that decided to become anons, and release something in a stealth-like manner. In these cases, there’s never an identity to place blame on when something goes wrong within the community or network. There’s also no one to congratulate either, as secrecy and complete anonymity are top priority and essentially the name of the game.

Tags in this story


Jamie Redman is the News Lead at Bitcoin.com News and a financial tech journalist living in Florida. Redman has been an active member of the cryptocurrency community since 2011. He has a passion for Bitcoin, open-source code, and decentralized applications. Since September 2015, Redman has written more than 6,000 articles for Bitcoin.com News about the disruptive protocols emerging today.

Disclaimer: This article is for informational purposes only. It is not a direct offer or solicitation of an offer to buy or sell, or a recommendation or endorsement of any products, services, or companies. Bitcoin.com does not provide investment, tax, legal, or accounting advice. Neither the company nor the author is responsible, directly or indirectly, for any damage or loss caused or alleged to be caused by or in connection with the use of or reliance on any content, goods or services mentioned in this article.

3D Ago
Rolls-Royce Design's Free mint NFT project "SPECTRE" is live, Floor price expected to exceed 10 ETH - CoinTelegraph
Bytecoin
rollsroyce-motors.com
24D Ago
Lost, Stolen or Hacked Crypto - Tax Implications
Losing access to your crypto is unfortunately a common occurrence in the crypto world: whether it’s due to forgetting your seed phrase to a particular wallet, a…
Bytecoin
cryptotaxcalculator.io
3M Ago
Best Bytecoin wallets in 2022
Bytecoin BCN is one of the most promising and underated currencies of 2022. To store Bytecoin you will need a best wallet. In this article, we will di
Bytecoin
bitcoinreports.info