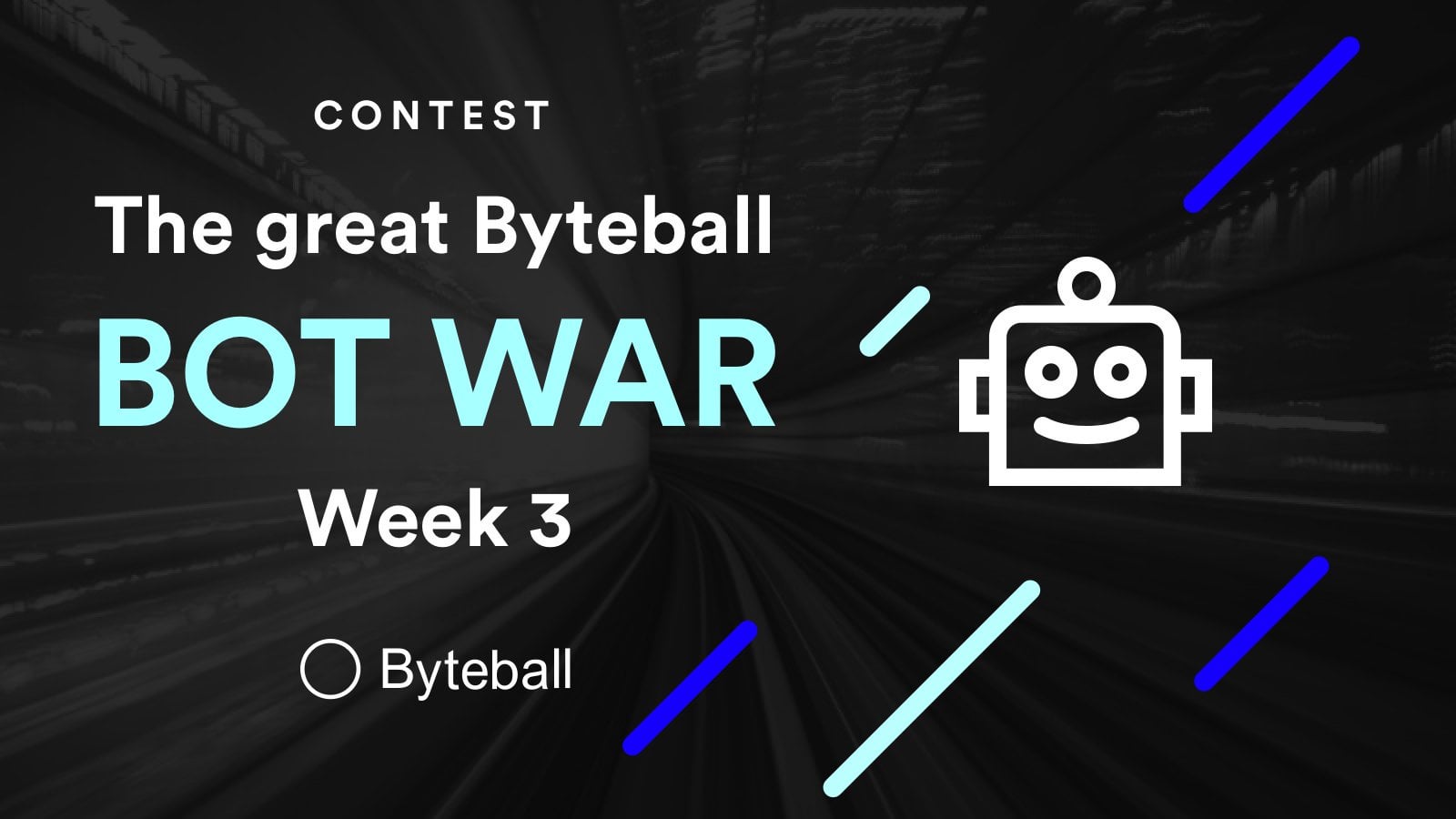 Halfway through the contest period, our Bot Wars contestants are starting to feel the heat!

The idea might seem unethical - to exploit other’s mistakes - but such services already exists, and as @angr also mentions in his first weekly progress report:

The idea is very well explained and the progress that has already been made looks very promising. We hope you survive long enough for the bot to get completed.

Last week’s winner of the weekly progress reports, Petermiklos, made remarkable progress this week too, on his project aiming to build a completely trustless carpooling service that does not only involve a Byteball bot, but also requires an oracle to feed data to the Byteball DAG as well as GPS location from drivers and passengers.

It is obvious that careful thought have been put into a lot of details in the project to avoid fraudulent uses or possible abusive behavior from both driver and passengers. The report on last weeks progress shows impressive amounts of work getting done.

While there might be existing alternatives for carpooling already out there, there will definitely be places where particularly the trustless design will prove very valuable and be a better alternative to the existing services.

SocialBoost One of the most consistent contributors to the weekly progress reports has been Andrii (@opposition) with his SocialBoost project, aiming to provide a solution allowing social media content creators to buy upvotes, likes, claps etc.

This week’s report not only contains two excellent videos, showing the actual bot as it works right now, it also manages to describe the struggles of getting “under the skin” of developing for the Byteball platform. That will be highly useful to content managers of the developer site, but also to other developers wanting to start develop for the platform.

One hint from the jury will be to skip the .split('/')[5] and instead use .match(/regular expression/) to capture the Steem username and the actual link to the post. The reason being, that Steem frontends might differ and have...