Why Your First Crypto Investment should be Bitcoin! 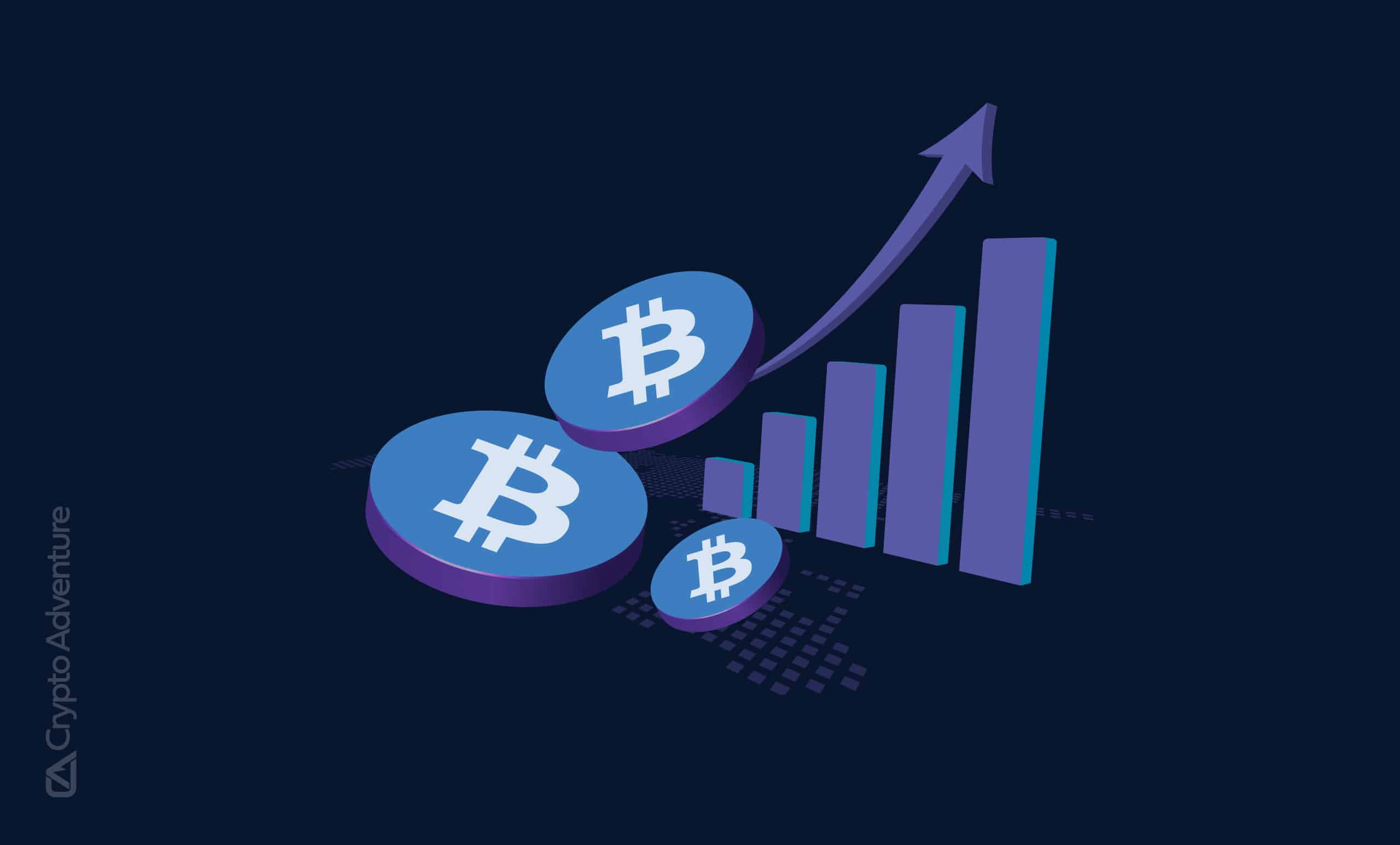 Investing in cryptocurrency is becoming increasingly popular, and various options are now available. But if you’re new to investing in digital currencies, it’s best to start with the most trusted and established one: Bitcoin (BTC).

The king of cryptocurrencies, Bitcoin has many advantages that make it the go-to option for success-seeking investors in this new and exciting asset class.

There are plenty of reasons why investing in Bitcoin first is the best choice for most investors. Let’s break them down!

The King of Cryptocurrency

The first reason why you should only invest in Bitcoin first is its popularity. The king crypto has been around since 2009 and has often shown it can withstand the test of time.

BTC’s value has steadily increased over the years, making it one of the most reliable investments.

Another reason to invest in Bitcoin first is its high (yet predictable) volatility.

While some investors may be scared by extreme price changes, others can use these fluctuations to their advantage. History repeats itself when it comes to Bitcoin, and its volatility can be predicted and tracked by experienced investors.

We seem to take it for granted, but one of the most important aspects of Bitcoin is its decentralized nature. No single entity (like a government) controls it, meaning it can’t be manipulated and influenced like traditional investments.

No one can control the price or force you to sell, giving you authority over your investments in Bitcoin.

This means you won’t worry about being subject to third-party decisions or having your investments influenced by a central entity.

Bitcoin is the most popular and widely traded cryptocurrency. Remember this when investing in cryptocurrency for the very first time.

Altcoins usually follow Bitcoin’s path to success, so when more people invest in Bitcoin, altcoins will often rise as well.

Think about it: why settle for a trend-follower when you can go straight to the source and grab your share of the cake?

By investing in Bitcoin first, you’ll be able to witness its growth firsthand before investing in any other coin.

The more investors, the easier it is to move your money in and out. Bitcoin is a well-established asset that has been around for over ten years. Its liquid nature makes it one of the most popular investments in the sector.

With liquidity, you can get your money back immediately. Here are the main issues of trading non-liquid coins without previous experience in the market:

The lack of buyers and sellers creates a situation where you can’t exit your trades with ease. It increases the risk of price manipulation due to low trading volume. You could get stuck for long periods if there are no market traders. Therefore, you may not be able to buy or sell your asset at a price that works for you.

By investing in BTC first, you can enjoy liquidity benefits and experience a much smoother trading environment. You’ll have access to more traders, and you can also move your money out of the market quickly if needed.

New traders and investors often look to the news for guidance and updates on various investments. Bitcoin is one of the most famous assets in the sector, with consistent coverage from major news outlets worldwide.

This means that you will have access to more information about BTC than any other asset in the sector.

You can stay informed about price movements, regulations, and industry developments. This feature makes the decision-making process more manageable.

The number of businesses accepting Bitcoin as a payment form continues to increase. This has been driven partly by the growing acceptance of blockchain technology, which powers digital currencies like Bitcoin.

Many investors are looking to invest in Bitcoin because it is becoming increasingly recognized and accepted by mainstream society.

Since its introduction in 2009, Bitcoin’s popularity has grown significantly, and it is currently the most widely used digital currency.

It has a large user base and robust infrastructure to support its use. This makes it an attractive asset for investors looking for long-term gains.

While people argue that many altcoins are technically superior to Bitcoin, they lack the brand recognition, user base, and infrastructure of Bitcoin.

Therefore, investing in Bitcoin before trading other cryptocurrencies makes sense.

This will ensure that you can capitalize on the potential for long-term gains as Bitcoin continues to gain adoption.

This is a tricky one, as there is no definitive answer. However, you can’t deny that Bitcoin has been growing since its inception in 2009.

The market for cryptocurrencies – including Bitcoin – can be highly volatile. However, the potential for growth and profit is much higher than other traditional investments.

Starting from Bitcoin provides a great launching pad for investing in other cryptocurrencies. This is because the strategy can supply capital and insight into how these digital assets work.

One of the main factors behind Bitcoin’s success is its limited supply. There will only ever be 21 million Bitcoins in circulation, a number that will not grow beyond that.

This makes it an attractive asset for investors who are looking for a store of value. As demand rises, so does the price, allowing investors to benefit from capital gains.

Inflation is also a significant issue in traditional markets, as the money supply continually increases. This can hurt the value of your investments over time.

Bitcoin, however, has a finite supply so inflation won’t affect it. This makes it an attractive asset for those looking to invest in the long term.

To sum up, investing in Bitcoin before moving on to other cryptocurrencies is wise. It provides a secure base from which you can explore the crypto market and benefit from its growth potential.

Plus, you’ll be able to stay informed about industry developments and make sound investment decisions.

2H Ago
Interview: Max Hillebrand on Wasabi Wallet's Development Roadmap
Home of the Bitcoin Takeover Podcast, the BTCTKVR open source magazine, and loads of other forms of BTC-related content. Articles available in English, French, Spanish, and German.
Bitcoin
bitcoin-takeover.com
7H Ago
European Central Bankers are truly scared of Bitcoin: Here’s how I know
Instead of trying to think outside the box, these central bankers try to strengthen the box. They want to stay inside the box and lock all Europeans into the box with them.
Bitcoin
fixthemoney.substack.com
7H Ago
🎙BR021: Bitcoin Power Dynamics ft. Harry Sudock, Aaron Vanwerdom & Adam Gibson
I’m joined by guests Harry Sudock, Aaron Vanwerdom and Adam Gibson to discuss the power dynamics in Bitcoin.
Bitcoin
bitcoin.review
8H Ago
If Bitcoin led us down, will it lead us up? - Kane McGukin
Kane McGukin of Argos Global Advisors takes a look at Bitcoin’s market structure in the face of a 40% rally off the end of the year lows. We’re wondering if we’ve truly seen a bottom for Bitcoin and is it still behaving like a risk asset or has it finally taken its place as a sound money, safe haven sector amid an oncoming global recession?
Bitcoin
bombthrower.com