Why Bad News is Good for Bitcoin 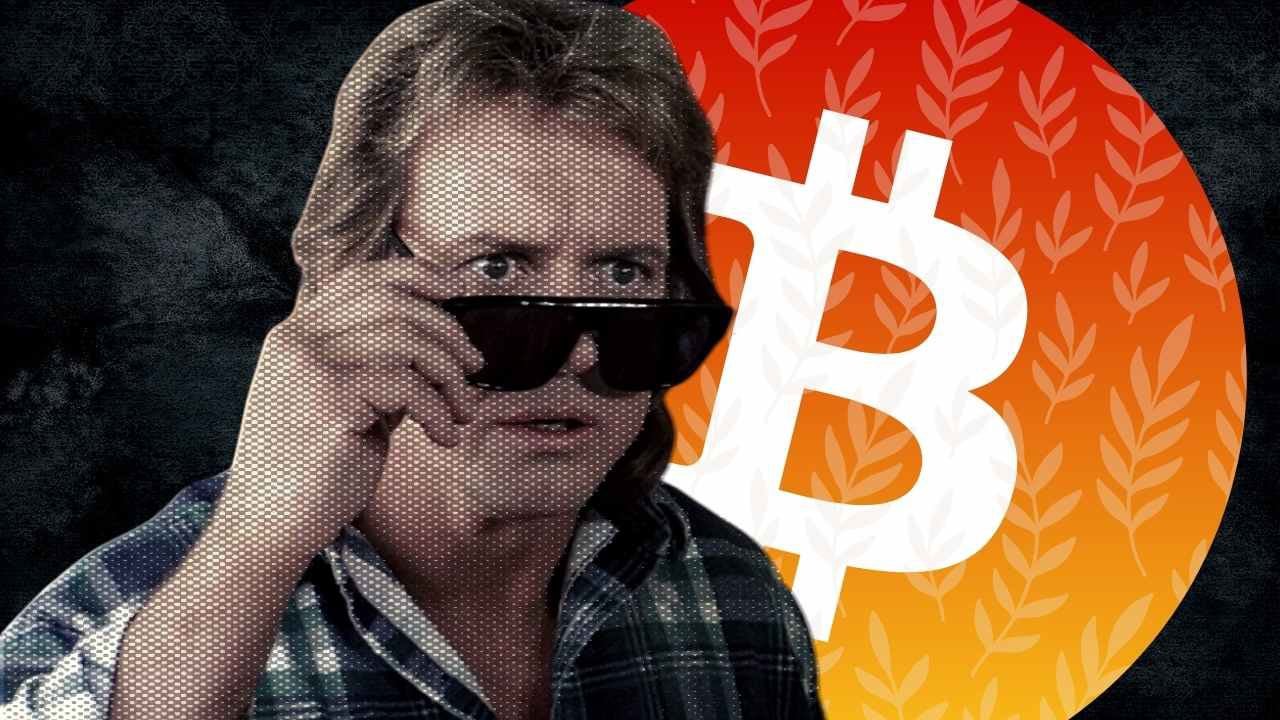 For any investor, and especially for anyone in Bitcoin, we are all quite familiar with the expression of FUD. But let’s examine a little bit about the core meaning of Fear, Uncertainly and Doubt.

What exactly is FUD and how is it employed to affect the markets?

Here is a short definition from Wikipedia:

Fear, uncertainty, and doubt (often shortened to FUD) is a propaganda tactic used in sales, marketing, public relations, politics, polling, and cults. FUD is generally a strategy to influence perception by disseminating negative and dubious or false information and a manifestation of the appeal to fear. Fear, uncertainty, and doubt (abbreviated as FUD), are a collection of mental states that can influence people’s thinking in a variety of situations, and that are often used together to manipulate people’s behavior.

Many classic examples of FUD come from the worlds of sales and marketing. For instance, this can involve telling potential customers any of the following about a competing product, often in a misleading or disingenuous way:• That the product suffers from technical problems.• That the competitor is misrepresenting the product, which isn’t as good as they claim.• That the competitor is rumored to be struggling financially, so they might shut down and leave customers with no support.

As it relates to FUD, this is the principal reason why dogs growl. A dog might growl to threaten another dog, or it might be a response to feeling cornered. Growling is also a common symptom of resource guarding. An injured dog will often growl to keep others at bay. In these cases, and more, growling indicates something is bothering the dog. (From the American Kennel Club). Sound familiar?

As a growling dog is often fearful, and for anyone who has been around dogs will tell you, the best way to approach a dog you do not know, is slowly and with hands open to show that you’re friendly. Across the animal kingdom, fear often sets a defensive reaction into motion:

‘Fear is a physiological, behavioral, and emotional reaction to stimuli that an animal encounters. The physiological reaction results in an increase in heart rate, increased respiratory rate (panting), sweating, trembling, pacing, and possibly urination and defecation. Behaviorally, an animal will exhibit changes in body posture and activity when afraid. The animal may engage in an avoidance response, such as fleeing or hiding.’ (From the Aztec Animal Clinic).

What happens when people feel afraid? What steps does the brain take to keep you safe, and how do you respond?

The question we could then ask is ‘What generally is your first reaction to hearing or reading FUD articles on Bitcoin’? It might be wise to reflect a bit, before hastily reacting to these oft intentional negative posts. To highlight this thought let’s examine a quote that has oft been attributed to Mahatma Gandhi, but rather originally from a speech by union leader Nicholas Klein in 1914. “First they ignore you. Then they ridicule you. And then they attack you and want to burn you. And then they build monuments to you.” So, before the monument building phase,there must first come FUD, even if not with malice aforethought!

And just for the record, and in case you may have lost count, in the public domain, Bitcoin has been pronounced dead on more than 400 occasions! See:

The reality, however, is that Bitcoin has been the best performing asset over the past 13 years. So why all the recent FUD? Bitcoin in the last two years alone, has taken center stage with the IMF, the World Bank, the Federal Reserve, the European Union, The World Economic Forum (WEF),national sovereign governments, etc. As of April 2022, there have been two sovereign nations, that have pronounced Bitcoin legal tender, with many others in the on deck circle.

Many legacy financial institutions have also rejected Bitcoin outright, and time and space fails to elaborate on just how many have since changed their tune regarding the benefits of Bitcoin, especially in the face of so many macro events, and recent failures in the banking sector, government debt driven policies, and the like.

Why else would the world’s most prosperous and powerful country, the USA, vote to investigate El Salvador’s policies in adopting Bitcoin.

Acknowledging this most unusual presumption by the world’s number one super power, thePresident of El Salvador replied: “OK boomers… You have 0 jurisdiction on a sovereign and independent nation,” El Salvador President Nayib Bukele, 40, tweeted. “We are not your colony, your back yard or your front yard. Stay out of our internal affairs. Don’t try to control something you can’t control.”

And then the IMF entered the fray on this ‘outlandish status’ of Bitcoin in El Salvador: ‘The International Monetary Fund (IMF) has urged El Salvador to reverse its decision to make Bitcoin legal tender’.

And yet another very recent attempt to spread public FUD, the following was printed on April 12, 2022, in the New York Post. These are incredibly outlandish and non factual claims regarding the Bitcoin Community. The Post claims that “The average Bitcoin investor is a calculating psychopath with an inflated ego, according to scientists. A team of experts recently surveyed more than 500 people to uncover the personality traits that are most common among crypto nuts.They identified that many investors exhibit signs of the “dark tetrad”, a group of four unsavory traits made up of narcissism, Machiavellianism, psychopathy and sadism.” (Editor’s note: WOW!)

And not to be undone, left out or relegated to a lesser level of influence, ((or can we call it  FUD-i-ness))yours, and my favorite NGO, very recently put out an extraordinary video: According to the World Economic Forum, (WEF) tweet, a “change in the way bitcoin is coded could almost eliminate its environmental impact.” This statement stems from a tweet the WEF published on April 26th, with an accompanying video that claims, “miners could stake their own bitcoins to verify transactions.”  It might be worthwhile, to remember that it was this very ‘people friendly’, and ‘individual rights for all’, WEF, who up to recently had posted ontheir own web site, that in the future you ‘will own nothing and be happy’. And as far as POW is concerned and their ad to try to attract a change in the code of Bitcoin, it is this very ‘Proof of Work’ code, created by Satoshi Nakamoto, that is the heart and soul of the Bitcoin network. By its algorithm, and Proof of Work, Bitcoin nullifies the need for third parties in all financialtransactions.  This facilitates individuals to become their own bank, and to embark on the road to individual sovereignty, that the FED, the Big Banks, the IMF, and the WEF are all diametrically opposed to.

So why the FUD you may ask? It might be just a case of one more animal kingdom analogy,regarding man’s best friend: “It is usually the hit dog that howls!”

Again, space and time will not allow for the many scientific studies that disprove the erroneous statements that refer to Bitcoin and its Proof of Work, as bad for the environment. It is like every other FUD article presented above, just the opposite of the truth. So, DYOR, (do your own research) and for your own peace of mind, ignore the FUD!

We are winning. If the U.S. Congress, the IMF, and WEF are all pretty united in their opposition to Bitcoin, and are doing their best to spread FUD, and trying to persuade the masses that there is something intrinsically wrong with Bitcoin, my best advice to you would be to ‘Ignore the FUD’and see it for what it truly is. We may only be, just a few small steps away, until they all accept and embrace Bitcoin, for the best sound money the world has ever known! Not financial advice, but it may indeed bring you peace of mind.

1H Ago
Ayn Rand nails the difference between the Gold Standard and Fiat: “Gold was an objective value, an equivalent of wealth produced. Paper is a mortgage on wealth that does not exist, backed by a gun aimed at those who are expected to produce it."
Very few people in history wrote 1000+ page books, sold 10 million+ copies, were loved as much as hated, and became more influential after dying...
Bitcoin
memod.com
5H Ago
Revolutionizing Business with Blocktechbrew: Dubai’s Leading Blockchain App Development Company
In today’s fast-paced digital world, businesses are constantly seeking innovative solutions to streamline their operations and stay ahead of the competition. That’s where blockchain technology comes…
Bitcoin
medium.com
6H Ago
Even Isaac Newton wasn’t good at timing the top
Bitcoin
physicstoday.scitation.org
13H Ago
[For Beginners] Why you shouldn't keep your cryptocurrencies in an exchange?
Cryptocurrency is becoming increasingly popular and with that comes an important question: where should you store your funds? While exchanges like Binance and Coinbase are convenient for buying and selling, they are not always the best option for holding your assets long-term. Exchanges are a prime target for hackers and
Bitcoin
bitguide.me