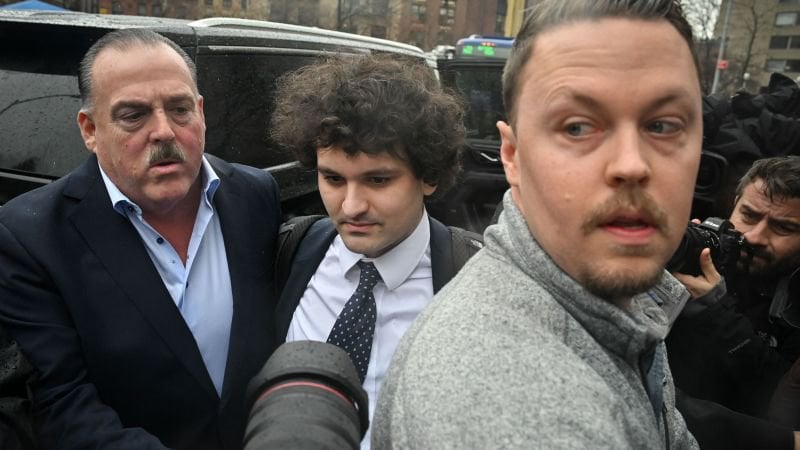 The US government is stepping into a contentious, multijurisdictional legal battle over the ownership of hundreds of millions of dollars’ worth of assets connected to the collapse of Sam Bankman-Fried’s crypto empire.

The Justice Department said Wednesday that has moved to seize millions of shares of Robinhood, the popular stock-trading app, whose ownership is disputed by several parties, including Bankman-Fried himself, his bankrupt crypto exchange FTX and another bankrupt crypto company.

“We believe that these assets are not property of the bankruptcy estate or that they fall within the exceptions… of bankruptcy code,” Seth Shapiro, a Justice Department attorney, said during a bankruptcy hearing in Delaware Wednesday.

Four separate entities have laid claim to the approximately 56 million shares, worth about $460 million. FTX’s new management, which is trying to claw back funds for investors and customers of the bankrupt platform, have sought to wrest control of the shares from an Antigua-based holding company 90% owned by Bankman-Fried.

In May 2022, a few months before his companies collapsed and he was charged with defrauding his customers and investors, Bankman-Fried acquired a nearly 8% stake in Robinhood via a holding company he set up with FTX co-founder Gary Wang. That company, Emergent Fidelity Technologies, borrowed more than $546 million from crypto hedge fund Alameda Research, according to an affidavit Bankman-Fried filed in December.

Bankman-Fried claims ownership of the shares, seeking a source of payment for legal expenses, according to FTX. Also claiming the Robinhood shares are bankrupt crypto lender BlockFi and an individual FTX creditor.

Because the competing claims, FTX filed a motion earlier this month to the Delaware bankruptcy court to keep the assets frozen until the court “can resolve the issues in a manner that is fair to all creditors of the debtors.”

At the Wednesday hearing, FTX lawyer James Bromley said that while “we certainly believe we have rights with respect to those assets…we are in alignment at the present time with the US government and the law enforcement officials in taking these steps.”

Robinhood declined to comment on Thursday. The company’s CEO, Vlad Tenev, told CNBC last month that he’s “not surprised” the stake is one of the more valuable assets on FTX’s books because it is a public company’s stock.

“We don’t have a lot of information that you guys don’t have,” Tenev told CNBC. “We’re just watching this unfold and … it’s going to be locked up in bankruptcy proceedings, most likely for some time.”

The collapse of FTX triggered a panic across the digital asset ecosystem, prompting some firms to halt withdrawals and in some cases file for bankruptcy themselves.

On Thursday, more evidence of the contagion emerged when Silvergate Capital, a crypto-focused bank, said that total deposits from digital asset customers fell 68% in the last quarter of 2022, to just $3.5 billion. As of December 31, roughly $150 million of Silvergate’s deposits were from customers that have filed for bankruptcy.

Silvergate shares fell nearly 40% Thursday morning. The bank said it would lay off 40% its staff, or about 200 people.

“In response to the rapid changes in the digital asset industry during the fourth quarter, we took commensurate steps to ensure that we were maintaining cash liquidity in order to satisfy potential deposit outflows,” said CEO Alan Lane on earnings call Thursday.

Lane said the bank sold $5.2 billion of debt securities, resulting in a loss of $718 million for the quarter.

US prosecutors accuse Bankman-Fried of stealing customer funds from FTX to cover losses at Alameda, as well as to make investments in other companies, subsidize his luxury lifestyle, and make huge campaign donations to Democrats and Republicans in the United States.

He pleaded not guilty to eight federal counts of fraud and conspiracy on Tuesday, and remains under house arrest at his parents’ home in Palo Alto, California.

Two of his former associates, however, have emerged as star witnesses for the prosecution. Both have pleaded guilty to fraud, directly contradicting Bankman-Fried, and are cooperating with prosecutors from the Southern District of New York.