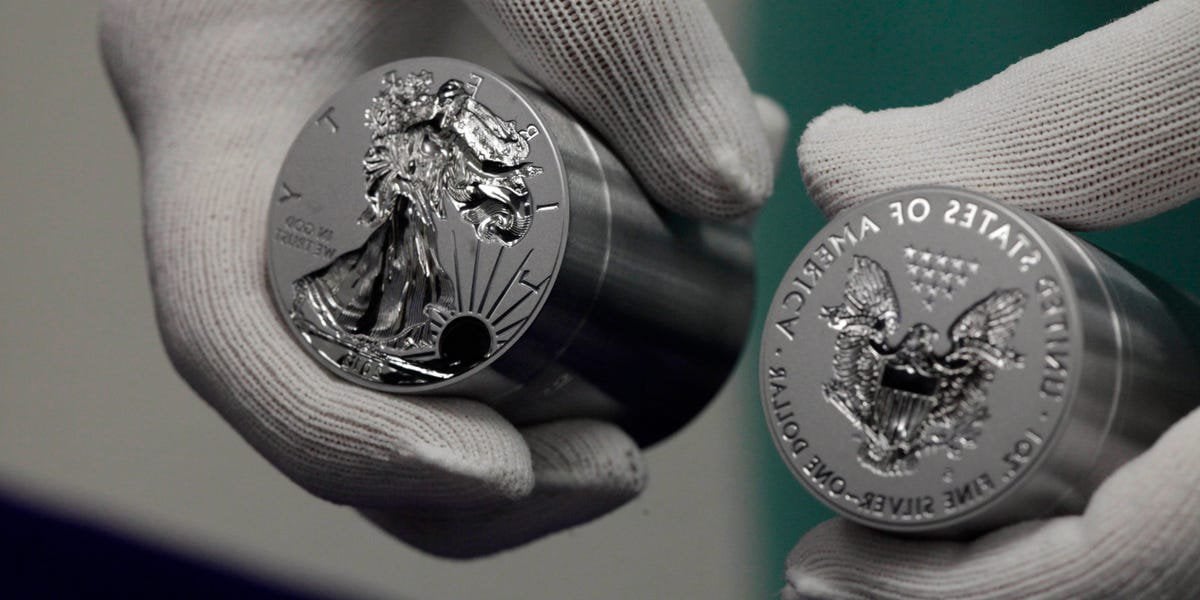 A trillion-dollar coin could be minted within hours of an emergency decision to do so, former US Mint director says

The US Mint can make a $1 trillion coin within hours of an emergency decision, an ex-director said. "This could be quickly executed on the existing plaster mold of the Platinum Eagle," he said. While it is possible, the Treasury secretary rejected the idea of such a coin in a CNBC interview. Sign up here for our daily newsletter, 10 Things Before the Opening Bell. Loading Something is loading.

A $1 trillion coin could be minted within hours of an emergency decision by Treasury Secretary Janet Yellen to avert a default on America's debts.

Philip Diehl, the director of the US Mint from 1994 to 2000, told Axios that the agency had no shortage of platinum coin blanks. That's the metal required to make such a coin, according to the law that the entire idea is based on.

"This could be quickly executed on the existing plaster mold of the Platinum Eagle," Diehl said, adding that only the denomination of the coin would need to be changed.

After that, the $1 trillion coin could be created within minutes at the West Point, New York, mint and flown to the New York Fed for physical deposit via helicopter.

The swiftness of creating a $1 trillion coin could serve as an extreme last-minute option if Congress failed to raise th...