The Bitcoin Difference: How Bitcoin is NOT crypto 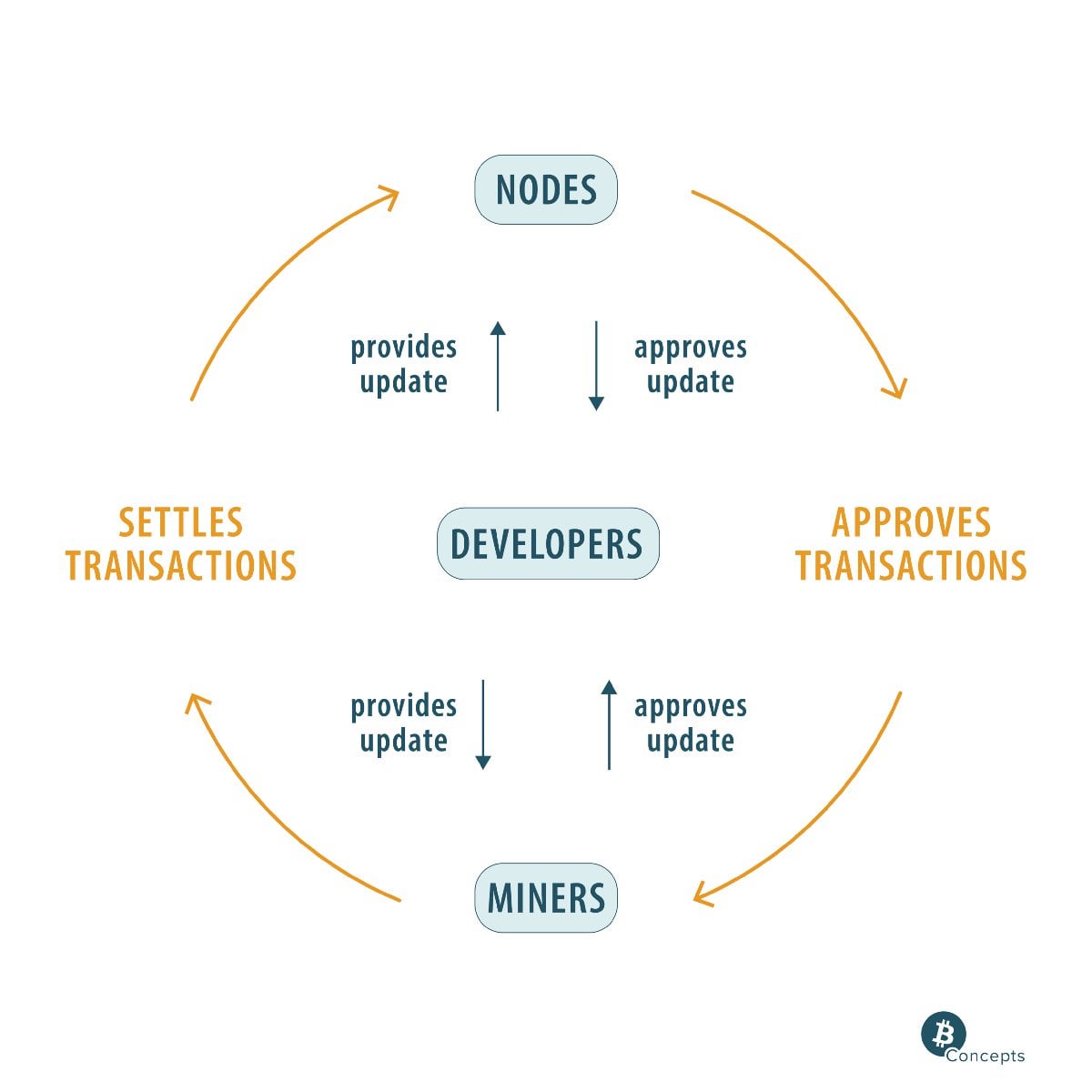 How Bitcoin is not crypto

Most people who own cryptocurrency are often surprised when I tell them that Bitcoin is not “crypto.” I explain that despite bitcoin’s design containing cryptographic features, just like Ethereum or any other cryptocurrency, Bitcoin is a different technology and should be classified as such.

When first starting, it is only natural to clump Bitcoin with the likes of Ethereum or Solana (I certainly did). After all, isn’t bitcoin also a cryptocurrency that uses blockchain technology just like any other crypto out there? On the surface, it may appear so, but as you dig deeper, you quickly find the Bitcoin difference. A good starting point for understanding why Bitcoin differs from all other crypto is understanding the differences between Proof-of-Work (PoW) and Proof-of-Stake (PoS). Bitcoin works through PoW, while Ethereum and almost all other cryptocurrencies function through PoS. So let’s dive into each system to understand the significant differences.

The first component of PoW is the miners, which are computers that race with one another to solve a cryptographic puzzle left by the previous block of the chain. The winner of this race is the computer that solves the mathematical puzzle first and, as a prize, gets to create the next block in the chain, which is how the network settles transactions. The computation to solve the puzzle requires processing power and, by extension, electricity. Power-hungry processors around the globe racing with one another to be the first to solve this puzzle indeed consumes a lot of energy (electricity). At first glance, this seems like a waste of energy, but in reality, the energy usage keeps the network secure and thus gives value to it. The more power the network uses, the more challenging it becomes for a singular malicious entity to gain control of the network. A 51% attack happens when one entity (let’s call them a “bad miner”) can gain control of 51% of the processing power, granting them the ability to re-arrange blocks to perform double-spend transactions, essentially allowing that entity to rob the network. Energy usage makes the network costly for potential attackers and thus keeps the network secure. The genius of Satoshi, the anonymous creator of Bitcoin, was designing the protocol around not needing to enforce punishment on bad miners. The electricity cost is the punishment itself for bad miners because those miners spent resources on blocks that were never validated by the network. This type of design organically incentivizes participation and cooperation through cost-prohibitive mechanisms, aka the electricity + hardware costs involved in attempting a 51% attack.

The second component of PoW is the nodes. Nodes within the network have the final say in approving what block is valid and conforms to the rules of the network. Nodes audit the blockchain, and the transactions become approved only when there is consensus among the nodes. The developers of Bitcoin went to great lengths to make it as easy as possible for a user to run a full node. Any computer nowadays will have the hardware requirements to be a full node to the network. Thus, the barrier of entry, in terms of cost, is very low. They understood that the nodes were the part of the system that needed the most authority so the network could be as decentralized and, thus, as secure as possible.

The third arm of the network is the developers/community. The developers constantly release updates to improve the network, which require the overwhelming approval of nodes and miners to be integrated into the protocol. The default state of this check and balances type system is to resist change unless that change has overwhelming support from the nodes, miners, and community. Resistance to change is a feature and not a limitation of the design because it minimizes attack vectors to the network. However, censorship-resistant security comes at the cost of scalability. As more nodes/participants join the network (increased decentralization), transaction speeds become slower because each member node must validate the data. In other words, adding participants to a decentralized network makes it safer but not necessarily faster. Think of Bitcoin as a fortified tank that has been chugging along without stopping for almost 14 years now. Bitcoin was designed to be slow but unstoppable. Fortunately, new technologies, such as the Lightning Network, a layer two solution, are currently being built on top of the Bitcoin network, allowing Bitcoin to scale without sacrificing its security or decentralization at the base layer of the protocol.

There is more to PoW, but the biggest takeaway from the above is that the bitcoin network is fundamentally associated with a real-world resource; energy in the form of electricity used by computer processors. Through a thermodynamic (fancy physics term) view of money, we can view money as a tool for making our energy and time today available for consumption tomorrow. In other words, we can view Bitcoin as a digital store of value/energy that can be transferred across the most secure computer network in the world, peer-to-peer.

In contrast, Proof-of-Stake is not connected to any real-world resource, which is why it consumes less energy than PoW. Voting power is proportional to how many coins one has staked. The issue with this dynamic is that power ends up in the hands of a few major key players with the resources to stake the most coins. They also earn more staking rewards than everyone else by staking more coins, which increases their overall coin amount even further. Inevitably, the more coins you have, the greater your control and the harder it becomes for smaller players to have any say in the protocol. Ultimately, PoS sacrifices decentralization for increased scalability, which comes at a cost. For example, Ethereum and many PoS-based protocols have been the victims of several attacks in the past. Part of the issue with this design is the high cost of entry to become a node. Hardware costs range in the thousands of dollars, and there are high minimum coin requirements if one wants to be a node/validator of the network. The high entry cost to becoming a node naturally shifts power away from the little guy. Only participants with already considerable resources can become nodes and validate the network. The more shares you have, the greater shareholder voting power you exert. Think of the mantra, “the rich get richer while the poor get poorer.” Therefore, Ethereum and all other cryptocurrencies besides Bitcoin act more as unregistered securities rather than a store of value hard asset that is Bitcoin. Most importantly, PoS cryptocurrencies have no real-world cost associated with their creation besides the time it took to write the computer script that generated them.

In summary, what makes Bitcoin different is its purpose and reason for being created. Bitcoin was created to become a sound, censorship-resistant global monetary reserve asset. In comparison, Ethereum and other PoS cryptocurrencies were designed based on hype and promises and not connected to real-world resources like electricity costs. We will continue to witness projects that pump their PoS tokens fail one by one, think Luna, Celsius, and FTX, among others, because their foundation cost nothing to produce and, thus, provides nothing of value (besides possibly being used in specific applications that require centralization of services)

Now you know the Bitcoin Difference and why it is critical to keep educating others and learning. Bitcoin is one of the only technologies showing promise in taking us to the next stage of economic evolution and organization. A decentralized monetary asset has the potential to reshape our society and culture, taking away power from the few and restoring it to the many.