Saylor Series: The Rise of Man Through the Stone and Iron Ages Episode 1 (2020) — 2 minute bitcoin 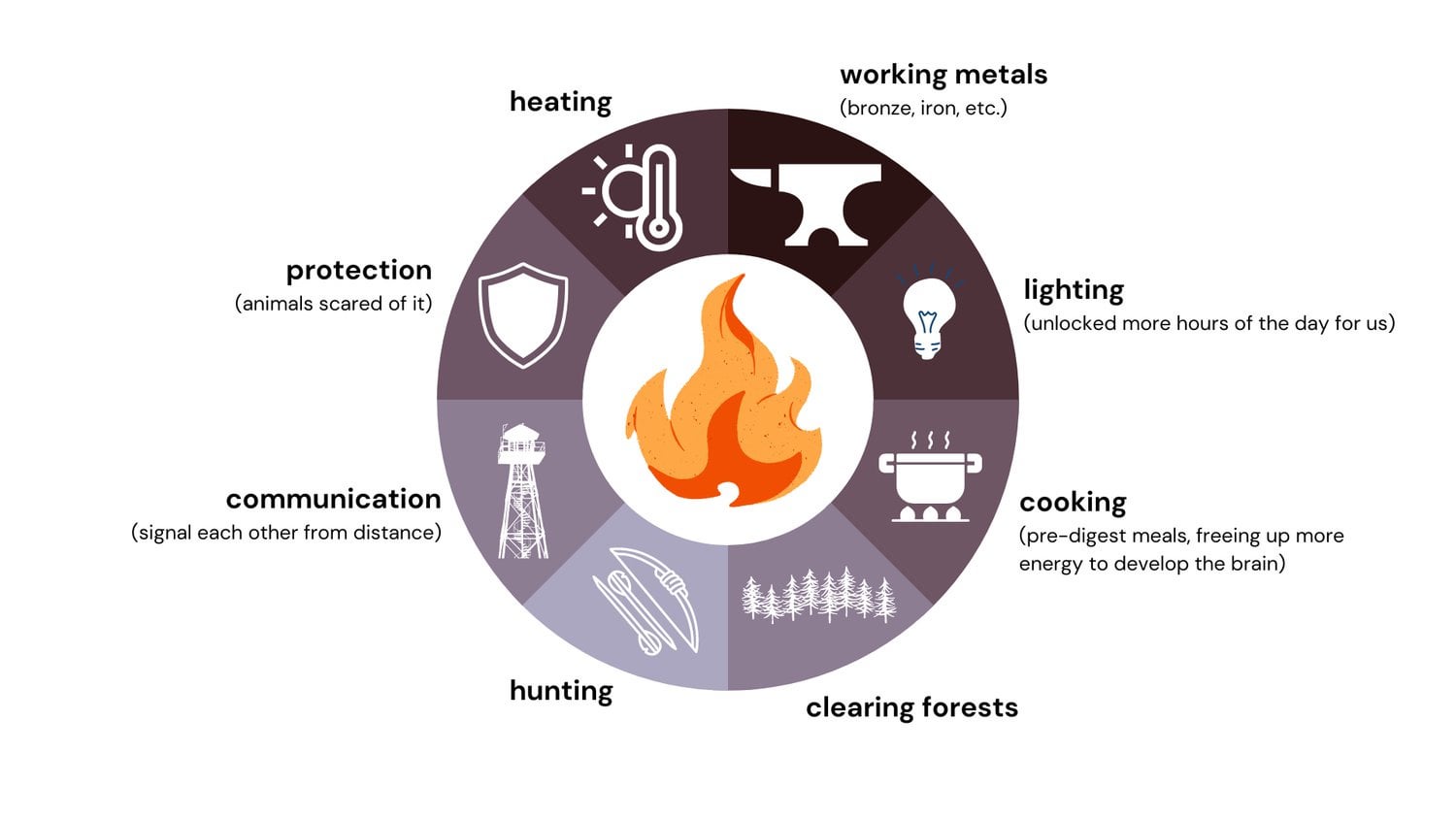 Hydraulic transport was vital in enabling economic density and fast-growing prosperity in the cradle of civilization - the Mediterranean.

Nature always pursues the most energy-efficient strategy - do the most with the least effort.

All inventions lead toward greater economic or energetic density.

This is also why digital gold is 100x better than gold. Gold is a rock – it never changes. Digital gold can improve on all dimensions.

The Roman empire lasted for 700 years!

Their most profound idea was that leadership rotated every year:

common faith: people perceived they’re protecting a common good (society) versus someone’s dynasty every human has an ego and wants their turn: this removed in-fighting between powerful families created competition in the market for talent

Companies today have the same owner for decades. Decentralized organisms like Bitcoin are superior precisely because of this rotation.

The Romans standardized everything. They built every wagon with the same parts. The railroad tracks around the world today are the exact same size as a Roman chariot.

Logistic, military, political and monetary protocols allow us to globalize cooperation and free mental bandwidth to focus on other productive things.

Protocols experience path dependence - once they catch on, they have strong inertia.

Pain and Skin In The Game

Roman aqueducts required the architects to stand beneath the bridge with their family as they removed the scaffolding - if you build it wrong, you die! Protocols that disincentivize malperformance through embracing nature’s unforgivingness perform better.

Pain is a natural feature of life, giving you feedback and information.

When you try to cut off the pain flow through anesthetics, a bribe, or QE - you avoid paying the price and getting a lesson for your misstep.

This sends a ripple effect throughout the system, distorting it - and ultimately will lead you to make the same mistake again.

Today, we have Too Big To Fail institutions interrupting this evolutionary impulse. We preserve them at all costs and do not incentivize them to learn from their mistakes. this is an invisible message to prevent plagiarism - copied from https://2minutebitcoin.org

3H Ago
SLP456 Casey Rodarmor What are Ordinals?
Casey Rodarmor joins me to chat about Ordinals and Inscriptions. Now we get into the pros and cons of this, and whether it is bad for Bitcoin. We chat: What Ordinals and Inscriptions are The ‘bull’ case for Ordinals and Inscriptions Do they spam the bitcoin blockchain?  Witness data on the input side, not output…
Bitcoin
stephanlivera.com
8H Ago
Massive step forward for adoption. You can basically live off Bitcoin in South Africa now
All Pick n Pay stores in South Africa can now accept Bitcoin payments using the Lightning network.
Bitcoin
mybroadband.co.za
13H Ago
Retail giant Pick n Pay to accept Bitcoin in 1,628 stores across South Africa
The South African grocery retailer Pick n Pay is expanding its Bitcoin coverage to all 1,628 stores across the country.
Bitcoin
cointelegraph.com
17H Ago
UK strikes: Half a million walk out for higher pay... Someone need to tell them the truth.
Teachers, train drivers and civil servants in the UK demanding pay raises to keep up with rising costs of living participated in a mass strike. The strike led to the closure of some schools and rail disruptions.
Bitcoin
dw.com