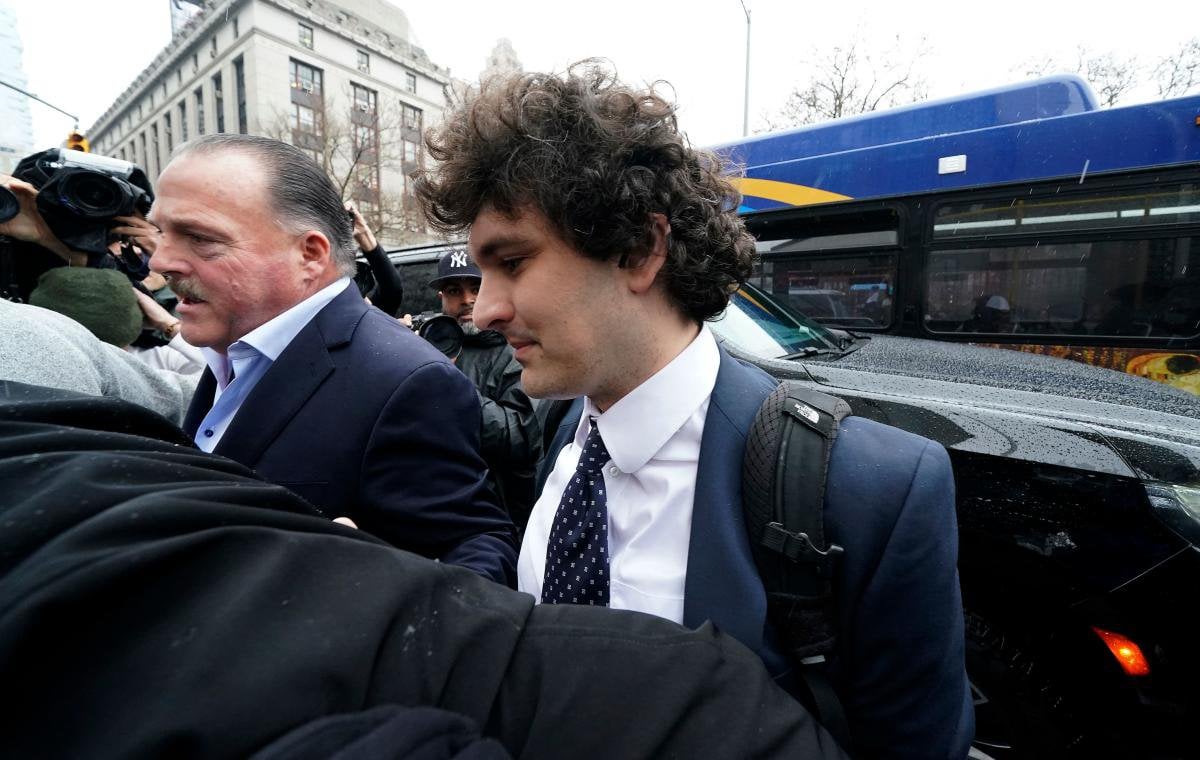 Sam Bankman-Fried pleaded not guilty to eight different counts of wire fraud, securities fraud, and conspiracy before a U.S. federal court in the Southern District of New York on Tuesday.

U.S. prosecutors allege that under Bankman-Fried’s direction, FTX, once considered one of the largest and most-trusted cryptocurrency exchanges, transferred billions in customer assets to his trading firm, Alameda Research.

If convicted of these charges, Bankman-Fried faces up to 115 years in prison.

Bankman-Fried initially appeared before the court on December 22, following his extradition from custody in The Bahamas after his December 12 arrest. Bankman-Fried has been free on a $250 million bond at his parents' home in Palo Alto, California.

In a blue suit and tie, the 30-year old and his party, which included his legal defense, body guard, and his mother, Barbara Fried, arrived at a Manhattan courthouse in black SUVs. Immediately, they were greeted by a throng of photographers and camera crews.

In the courtroom, he sat flanked by lawyers Mark Cohen and Christian Everdale of the law firm Cohen and Gresser. Bankman-Fried was seen occasionally biting the side of his cheek, and at times even smiling during the second part of his arraignment.

Former Alameda and FTX executives Caroline Ellison and Gary Wang have pleaded guilty to charges related to their roles in the company's collapse.

Bankman-Fried’s $250 million bond was secured by his parents who, used the equity in their $4 million Palo Alto home, along with two other unidentified persons.

Earlier Tuesday morning, Bankman-Fried’s legal defense filed a motion requesting that the court redact the signatures of the two remaining bail "sureties," or co-signers, and that the government not publicly disclose their names or addresses.

The motion was granted by the court but without prejudice, giving other parties the opportunity to file an adversarial motion within the next week.

The Justice Department did not contest the motion, though it has scheduled interviews with both of the redacted co-signers and said it will likely come to a conclusion on the matter "in the next day or two."

Government prosecutors also said their discovery for the case has progressed with the completion of what evidence they "have in hand."

Assistant U.S. attorney Danielle Sassoon told Kaplan, "I think the bulk of discovery will take place over the next few weeks," with discovery continuing on a "rolling basis."

Pending evidence includes search warrants and file access to FTX's AWS database, which has records of the exchange's transaction history. The defense motion is set for April 3, with the government's opposition briefs due April 24, and an oral argument or status conference set for May 18.

The government also asked to provide a victim notification website to address the more than one million customers who have currently lost their money in FTX's collapse.

Read the latest financial and business news from Yahoo Finance

Download the Yahoo Finance app for Apple or Android