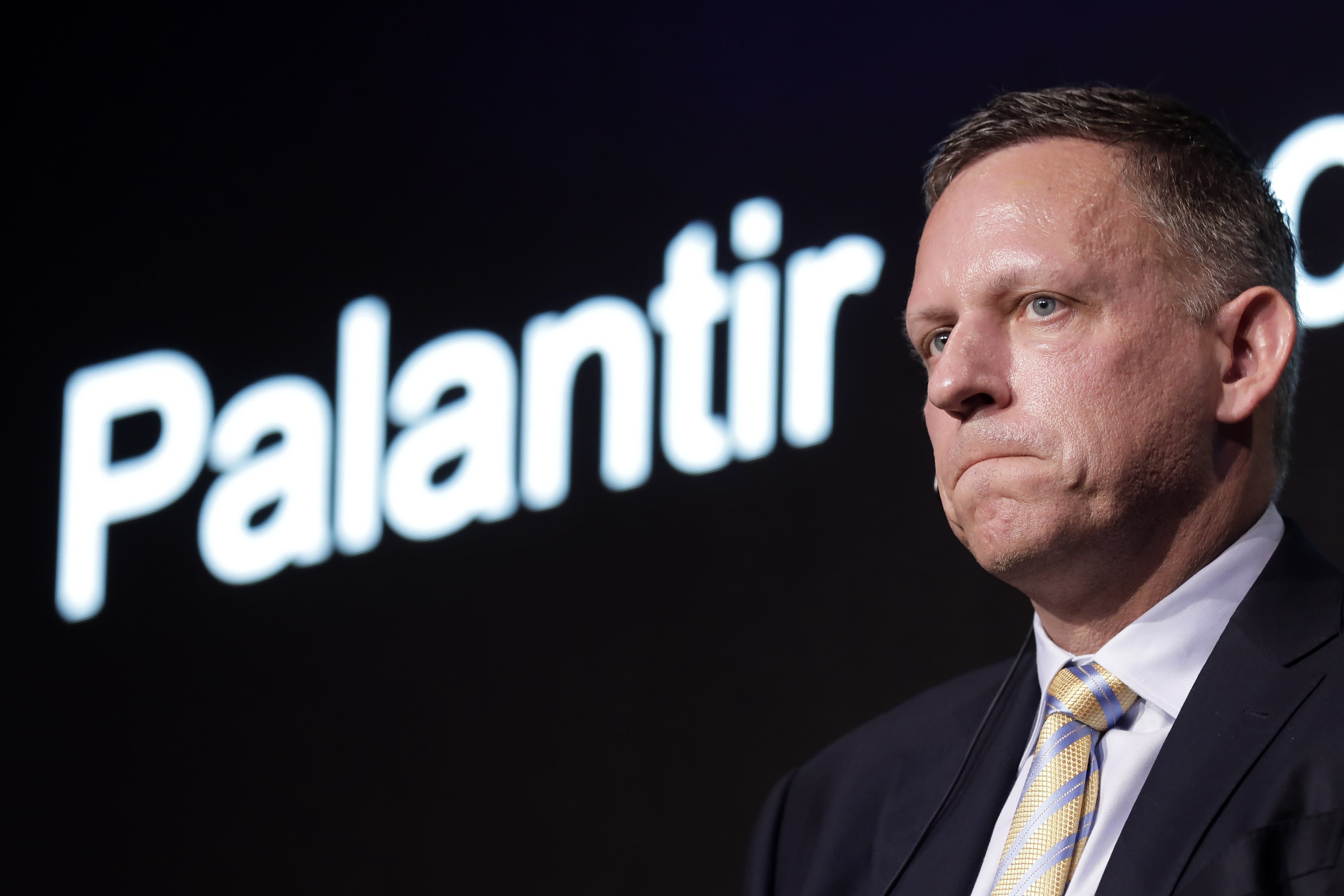 Peter Thiel, co-founder and chairman of Palantir Technologies Inc., pauses during a news conference in Tokyo, Japan, on Monday, Nov. 18, 2019.

Palantir, the maker of software and analytics tools for the defense industry and large corporations,Â reported 49% revenue growth for its first quarter, beating Wall Street estimates. It also came in line with earnings estimates.

Shares initially dipped on the report before closing up more than 9%.

Here are the key numbers:

Adjusted earnings per share: 4 cents vs. 4 cents expected in a Refinitiv survey of analysts Revenue: $341 million vs. $332.2 million expected in the survey

Co-founded in 2003 by Peter Thiel, Joe Lonsdale, CEO Alex Karp and others, Palantir has built its business largely on lucrative government deals for its data analytics software. The company said government revenue hit $208 million. It also beefed up its commercial segment during the quarter, with strong growth in the United States. Total commercial revenue hit $133 million.

As of this past quarter, Palantir has 149 customers. The company first disclosed in its prospectus last fall it had 125 customers in the first half of 2020.

Palantir said it expects to bring in $360 million in revenue in its second quarter compared with the $344.3 million expected in a Refin...