October witnessed a surge in Bitcoin’s hash rate, which is pushing the metric to a new high of 245 exahashes per second. 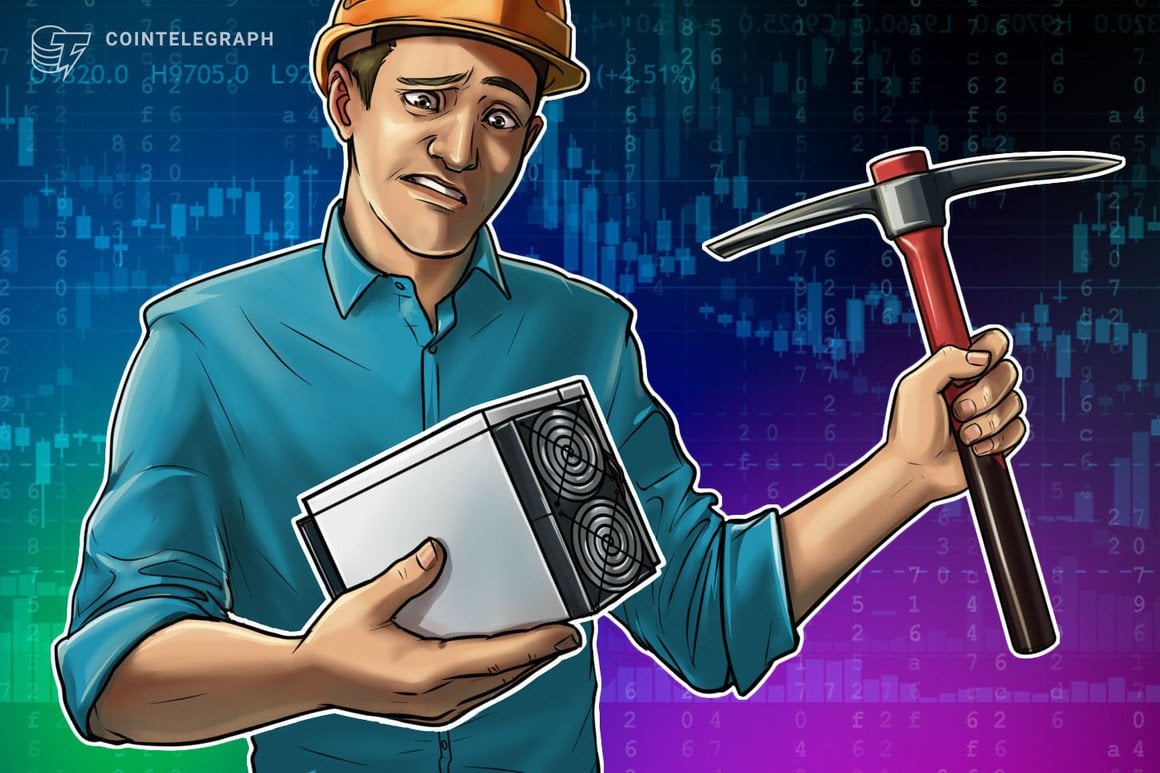 October witnessed a surge in Bitcoin’s hash rate, which is pushing the metric to a new high of 245 exahashes per second.

October witnessed a surge in Bitcoin’s hash rate, which is pushing the metric to a new high of 245 exahashes per second. These changes led to a sharp decrease in the hashprice, resulting in a drop in the profit margins for Bitcoin (BTC) miners and reaching a low of $66.8 per petahash on Oct. 24.

According to Luxor Technologies, “hashprice” is the revenue BTC miners earn per unit of hash rate, which is the total computational power deployed by miners processing transactions on a proof-of-work network.

Not only has volume been inconsistent, but the Bitcoin hash rate increased last week to an average of 269 EH/s. This means that the network’s difficulty has been rising since July 2022.

The expansion of mining operations, which creates miner competitiveness; the increased use of ASIC miners, which are more efficient than their alternatives; and the Ethereum Merge have led some Ethereum mining firms to fill empty rack space from non-operating Ether (ETH) GPU miners with BTC-specific ASIC miners.

Consequently, the surge in the hash rate resulted in an adjustment of the Bitcoin difficulty at a time when BTC’s price was dropping. As expected, after the hash rate spike and difficult increase, the hashprice plummeted to $0.0657 per terahash per day, thereby reducing the level of profit.

A contributing factor to the depressed profit level is the general rise in BTC mining costs. For example, there has been a sharp increase in the price of electricity in the United States. From July 2021 to July 2022 alone, the price of electricity increased by 25%, from $75.20 to $94.30 per megawatt hour. Energy prices also tend to increase in winter, as people need to heat their homes. The Bitcoin mining industry is already seeing a rise in mining in Kazakhstan due to affordable energy.

Bitcoin miners face other rising costs, such as hosting fees, acquiring miners and installing or upgrading cooling systems. During the 2020–2021 crypto bull market, Bitcoin mining companies took out loans when BTC and equipment prices were much higher, meaning the interest on existing debts themselves could hurt newer and overleveraged mining firms.

It is clear that the increase in hash rate and Bitcoin difficulty, as well as the decrease in hashprice, is leading to compressed profit margins. The following graph shows a decrease in profits in a landscape where the hash rate, difficulty and the cost of electricity continue to rise.

If the hash rate continues to increase amid a falling hashprice, the profit margin will continue to decrease, possibly leading some mining firms to close up shop permanently.

One possible outcome is that lean (cooler balance sheets) mining firms like Marathon may be able to purchase liquidated equipment and rack space from bloated mining companies that fail.

Mining firms that are staying lean while attempting to scale may prove victorious. Mining companies such as Core Scientific, Marathon, Riot, Bitfarm and CleanSpark are preparing for expansion even as many miners are finding profitability difficult.

Related: Public Bitcoin miners’ hash rate is booming — But is it actually bearish for BTC price?

Is sustainability the answer?


In view of the difficulties discussed, BTC mining firms should adopt sustainable BTC mining models for both profitability potential and to ease regulators. This should include using renewable energy sources, increasing production capacity and installing advanced cooling systems.

Mining firms can enhance their operations by using renewable energy from wind power, solar power and hydroelectricity, which concurrently reduces costs and their carbon footprint. This approach can lead to more consistency and sustainability in Bitcoin mining energy costs. Norway has managed to capture 1% of all Bitcoin mining through a 100% renewable energy approach.

The depressed Bitcoin price, high hash rate and Bitcoin difficulty, as well as low hashprice, contribute to small profit margins, which may lead to sustainable, decentralized mining practices across the industry.

The views and opinions expressed here are solely those of the author and do not necessarily reflect the views of Cointelegraph.com. Every investment and trading move involves risk, you should conduct your own research when making a decision.

6H Ago
Kraken lays off 30% of employees. Is this normal bear market behavior or implications of a future demise?
Kraken, one of the world's largest crypto exchanges, announced it is laying off 1,100 workers, or 30% of its headcount.
Bitcoin
cnbc.com
7H Ago
"Bitcoin's Last Stand" – ECB's misguided Take on Bitcoin – clarifications & fact check
Yesterday, the European Central Bank published a damning article on Bitcoin its official blog. It’s an attack on Bitcoin from one of the biggest monetary institutions. Let’s clarify & fact check.
Bitcoin
dematerialzd.substack.com
11H Ago
A new service micropay.ai is accepting LN for the recently popular generated-image systems.
Anonymous and pay-as-you-go generative AI software
Bitcoin
micropay.ai
11H Ago
FTX’s Collapse Was a Crime, Not an Accident
Sam Bankman-Fried is a con man and fraudster of historic proportions. But you might not learn that from the New York Times, CoinDesk's Chief Insights Columnist David Z. Morris writes.
Bitcoin
coindesk.com