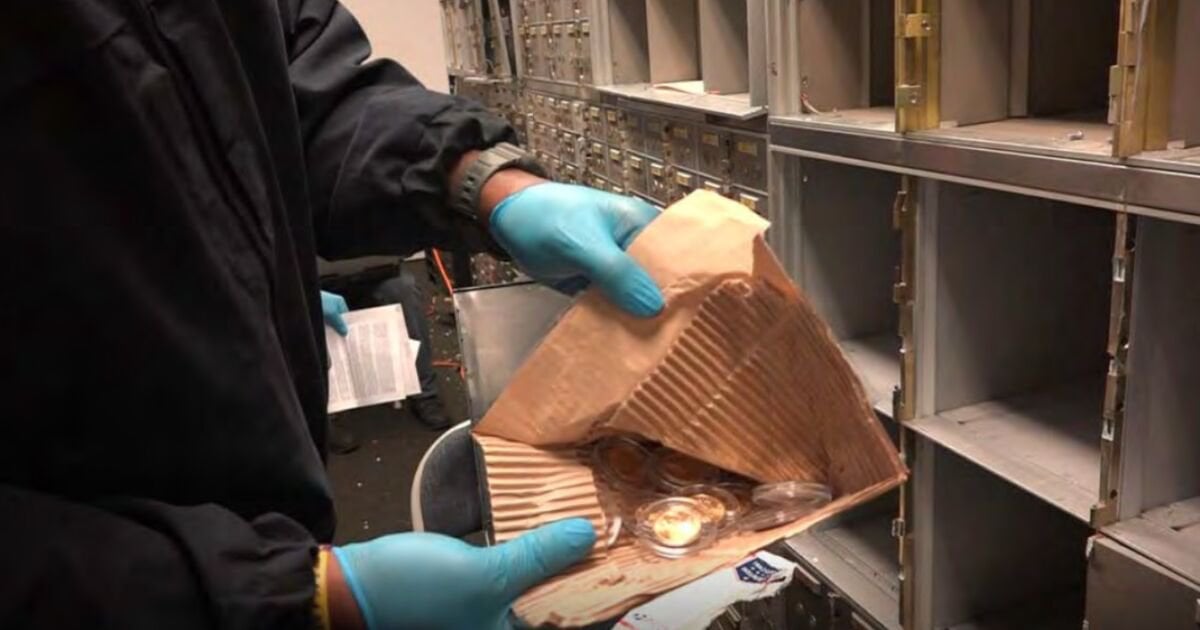 A federal judge ruled Friday that the FBI’s seizure of tens of millions of dollars in cash and valuables from 700 safe-deposit boxes in Beverly Hills did not violate anyone’s constitutional rights.

The decision by U.S. District Judge R. Gary Klausner endorsed law-enforcement tactics that tested the limits of how aggressive federal agents can be in seizing money and property in the absence of any evidence that the owner committed a crime.

Klausner agreed to dismiss a class-action suit filed on behalf of nearly 400 people who were renting boxes that agents searched at the U.S. Private Vaults store on Olympic Boulevard.

The judge found no impropriety in the way the government obtained or executed the warrants authorizing the March 2021 raid.

The ruling did not address some of the most controversial aspects of the raid, such as the FBI’s attempt to confiscate assets from box holders on the presumption they were criminals, even in cases where agents had no evidence to validate their suspicions.

“This ruling demonstrates that the actions taken in relation to a business that catered to criminals were legally authorized, adhered to policy and were conducted in full compliance with the Constitution,” said Thom Mrozek, a spokesman for the U.S. attorney’s office in Los Angeles

Rob Johnson, an attorney for box holders, vowed to appeal.

“If today’s shocking decision stands,” he said, “it will set a dangerous precedent that will allow the FBI and other law enforcement agencies to bypass the 4th Amendment,” which bars “unreasonable searches and seizures.”

The raid, which effectively shut down U.S. Private Vaults, came two weeks after the business was charged in a sealed indictment with conspiracy to sell drugs and launder money. Some of the customers were storing criminal proceeds in their boxes, the government charged.

In their warrant request, the FBI and U.S. attorney’s office asked U.S. Magistrate Judge Steve Kim for permission to seize the store’s racks of safe-deposit boxes for forfeiture, but “not their contents.”

They assured Kim that agents would follow the FBI’s written policies for taking inventory of the box contents to protect against theft allegations, and then notify owners they could retrieve their property.

The warrant request omitted a central part of the FBI’s plan: permanent confiscation of everything inside any box containing at least $5,000 in cash or goods, a senior FBI agent recently testified.

The FBI’s justification for the undisclosed wholesale forfeiture was its assumption that all the customers, who rented their boxes anonymously, were storing assets somehow tied to unknown crimes, court records show.


The FBI has tried to confiscate more than $86 million in cash and millions of dollars more in gold, silver, rare coins and jewelry, but in the process it has accused many box holders of committing crimes for which it had no evidence.

Klausner rejected the box holders’ claim that the government breached its duty of candor with the court by leaving the dragnet forfeiture plan out of the warrant application.

The omission had no bearing on whether Kim found probable cause to seize the company’s business equipment, so it was “immaterial” to the warrant request, Klausner found.

Klausner’s ruling did not mention the privacy invasion documented by the plaintiffs: Federal agents took photos and made video recordings of password lists, bank statements, pay stubs, immigration records and many other private papers of box holders who are not criminals.

The FBI has archived files on everything it found in the boxes in a database that agents use to store information for criminal investigations. Klausner rejected the plaintiffs’ request that he order the FBI to remove their private information from the database, known as Sentinel.

Klausner also dismissed allegations that the government exceeded the bounds of the warrant, which explicitly barred “a criminal search or seizure” of the box contents.

The plaintiffs, led by Los Angeles aeronautics engineer Paul Snitko, argued that the government’s plan to inventory whatever was found in the boxes was a pretext to rummage through them for evidence.

Klausner said there was no question the government “expected, or even hoped, to find criminal evidence during its inventory.”

“Unfortunately for plaintiffs, the mere presence of such a motive is not by itself enough,” he wrote, citing a U.S. 9th Circuit Court of Appeals ruling in another search and seizure case. “An impermissible investigatory motive must be the only reason the agents conducted the inventory.”

FBI spokeswoman Laura Eimiller said the ruling makes clear that agents handled the case “without malice and in a manner consistent with the law, FBI policies and with adherence to the U.S. Constitution.”

12H Ago
The Ethics Of Mixing
Is mixing or coinjoining ethical? In his essay the author discovers how much harm banking regulation cases to customers and why mixing is ethical.d
Bitcoin
bitcoinnews.com
14H Ago
Bitcoin price is up, but BTC mining stocks could remain vulnerable throughout 2023
Bitcoin
allcryptonews.site
15H Ago
CoinJoin: Compare All Implementations 2023
It is obvious that no one agrees on “how to do CoinJoins right” and how to best optimize user privacy with block space efficiency
Bitcoin
bitcoinnews.com
15H Ago
Gold mining contaminates land and fresh water, so why all the focus on just bitcoin mining?
While there have been improvements to mining practices in recent years, significant environmental risks remain. Negative impacts can vary from the sedimentation caused by poorly built roads during exploration through to the sediment, and disturbance of water during mine construction. Water pollution from mine waste rock and tailings may need to be managed for decades, if not centuries, after closure.
Bitcoin
safewater.org