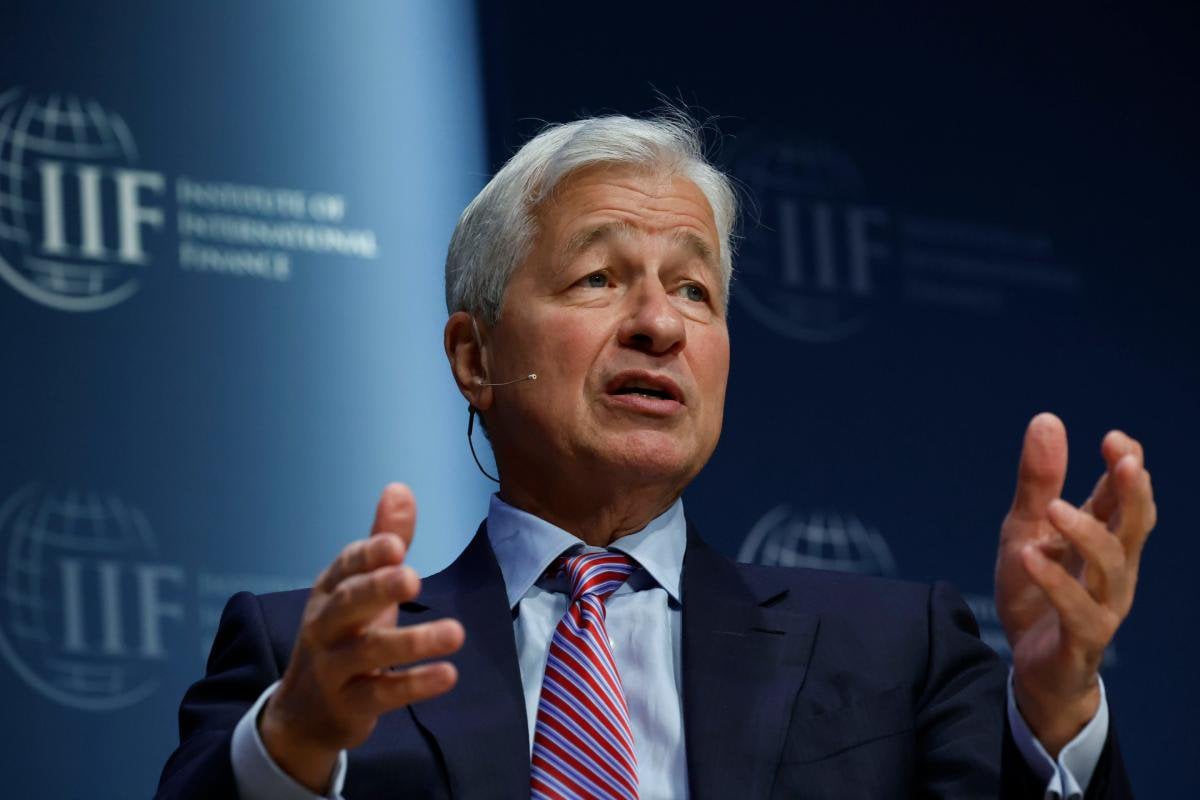 Despite the ongoing Crypto Winter, Bitcoin supporters are certain that the future for the fledgling industry is bright. And so far this year, they’ve had reason to celebrate. Bitcoin’s price has jumped more than 25% in the past few weeks alone after a dismal 2022. But JPMorgan Chase CEO Jamie Dimon still isn’t a believer. At the World Economic Forum in Davos, Switzerland, on Thursday, Dimon bashed cryptocurrencies as a distraction.

“I think all that's been a waste of time and why you guys waste any breath on it is totally beyond me,” he told CNBC. “Bitcoin itself is a hyped up fraud. It’s a pet rock.”

This isn’t the first time Dimon has expressed his doubts about cryptocurrencies—or used a “pet rock” analogy to describe digital assets. The CEO has described Bitcoin a “fraud” since 2017; and after the blow-up of what was once the world’s second largest crypto exchange FTX late last year, he argued the entire industry was a "complete sideshow."

CNBC anchor Joe Kernen pushed back on Dimon’s claims that Bitcoin is a fraud on Thursday, arguing the cryptocurrency is a “store of value” that is “immutable” and “scarce,” noting its protocol indicates that there will only ever be 21 million coins.

“Totally untrue. How do you know it's gonna stop at 21 million? Maybe it's going to get to 21 million and Satoshi’s picture is going to come up and laugh at you all,” Dimon quipped, referencing the pseudonym Satoshi Nakamoto that was used by Bitcoin’s anonymous creator, or creators.

But while Dimon doesn’t believe in cryptocurrencies, when it comes to the blockchain technology that they're built on, he has a much more positive outlook.

Dimon and JPMorgan have leaned into blockchain technology since 2017, when the bank was one of 86 firms that helped create an open-source blockchain initiative called The Enterprise Ethereum Alliance. And as Dimon mentioned above, the company uses its own cryptocurrency, the JPM Coin, to carry out intraday repurchase agreements. But on Thursday, Dimon noted that the financial industry has been talking about using blockchain technology for 12 years and, to this point, he said “very little has been done.”

This story was originally featured on Fortune.com

4H Ago
The Rise & Fall of the Russian Empire with Michael Malice — What Bitcoin Did
Michael Malice is an anarchist, author, and podcaster. In this interview, we discuss his latest book,  The White Pill: A Tale of Good and Evil. It charts the rise and fall of Russia, its insidious evilness, how western intellectuals supported and justified the communist state from afar, and why it is impossible for those in the west to comprehend how pervasive a totalitarian regime can be.
Bitcoin
whatbitcoindid.com
4H Ago
KPMG Launches Revolutionary Decentralized Online Crypto Tax Calculation Service: Make Tax Compliance Effortless
World stocks rallied and the dollar edged up from eight-month lows on Friday as slowing inflation data raised hopes the Federal Reserve can engineer an economic soft landing and reduce its pace of aggressive monetary tightening next week.
Bitcoin
reutersjournal.com
6H Ago
Bitcoin Miners Get Relief as Revenue Up 50% in January
Bitcoin mining revenue jumped 50% in the past 30 days to over $24m.
Bitcoin
tokenist.com
7H Ago
How to buy discounted iPhone with cryptocurrency?
Apple Bitcoins is a UK based CryptoCurrency Apple Authorized Reseller - Buy iPad, Macbook, iPhone, Apple Watch, iMac using Bitcoin, Monero, Ripple and Ethereum
Bitcoin
applebitcoins.com