Two things are undeniable: We are living in times of massive change, and Bitcoin is a part of it.

We are living in times of massive change, a “fourth turning.” The book “The Fourth Turning” by Strauss and Howe covers centuries of history and shows that demographics and other factors lead to massive change in societies every 100 years or so.

Generations change distinctly: the ’60s were different from the ’50s and the ’80s. But a fourth turning is a different level of change. If history is any indication, in this fourth turning we will see changes in maps, society, religion, belief systems and we may see the very nature of economics and money itself change.

Bitcoin came into the world at the right time. Any earlier, and Bitcoin could not have practically been used due to internet usage rates. It is interesting that Bitcoin is here just as the global economy faces such massive change to the old-school fiat system that has been running for the last half century and driving our world into the ground. The old fiat system is unsustainable. Bitcoin presents the ultimate hedge against the failed monetary policies of central banks.

It’s key to remember that central banks don't just devalue the money of citizens, their very existence causes some of the greatest evils that we see in modern society. In a world of sound money, people would value their hard-earned coins more. People would also have custody and control over their own money. If politicians had to convince people to voluntarily pay for wars, for-profit prisons, and heavy regulations. citizens would exercise much more scrutiny over where their money is spent.

Whether you believe the narrative of bitcoin as better money or not doesn't matter. It would be hard to deny that we are in a fourth turning right now. The last year and a half has seen some of the most dramatic change that people have seen in the last 50 years or more. So, there is no question that we are in times of mas... 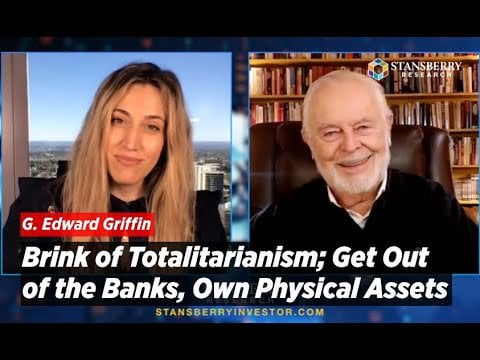 Soon the Federal Reserve will manufacture a central bank digital currency that will be internationally sanctioned, different than Bitcoin and private cryptos...
30083
Share