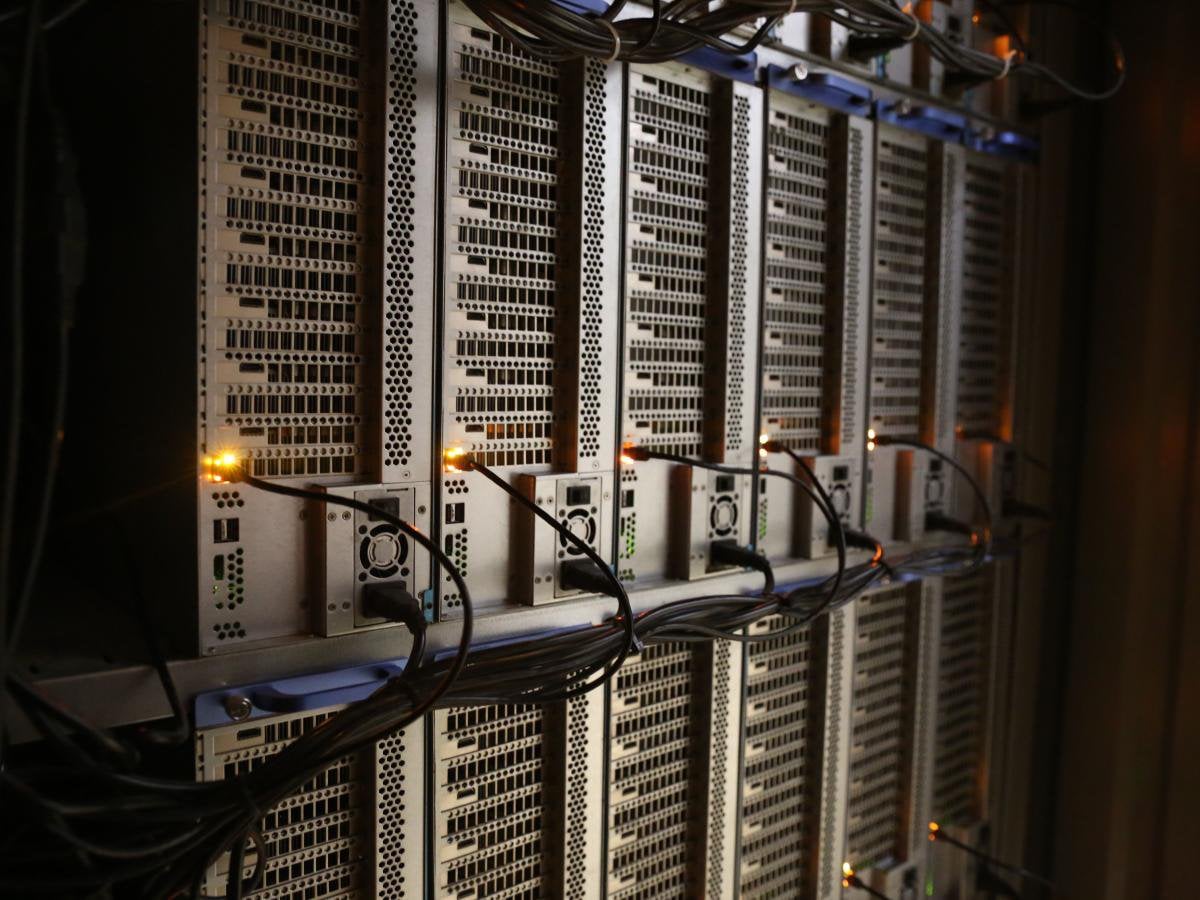 The new chips not only have the potential to break the effective duopoly of Bitmain and MicroBT in the mining machine market, but also allow mining companies to design computers to their specifications, a major departure from those other manufacturers' models.

Hive's first 5,800 machines, delivered in late 2022 and dubbed BuzzMiners, can together produce computing power between 638 petahash/second (PH/s) and 754 PH/s, or 110 terahash/second (TH/s) to 130 TH/s per machine, said Aydin Kilic, the company's president and chief operating officer. That lags behind some of Bitmain's latest models such as the Antminer S19 XP or the S19 Pro+ Hydro.

However, Hive hasn't released power efficiency data for the machines, a key metric in an environment that has brought miners to their knees over power costs. Intel touted an efficiency of 26 joules/terahash (J/T) for the chips in April, which wouldn't beat Bitmain's S19 XP series, but is on par with or better than other models currently on the market.

More than 1,500 of the Intel-powered machines have already been installed across the miner's facilities in Canada and Sweden and they have met performance targets, the miner said. Hive had initially ordered 13,000 machines to be manufactured in 2022 but reduced the order "to methodically scale the business during the crypto bear market," according to the Friday press release.

1H Ago
SLP455 Anant – Single Sig or Multi Sig?
Anant of BitHyve (Hexa, Keeper) rejoins me on the show to chat about the question of securing your Bitcoin in single signature or multi signature. We also talk through best practices.  Topics covered: Single sig or multi sig Costs of multi sig Detailed walkthrough of multi sig set up Practical tips to keep it simple…
Bitcoin
stephanlivera.com
1H Ago
Shop AliExpress with Bitcoin and 150+ other cryptocurrencies with lowest margin
Online Shopping from China with Bitcoin and other crypto, Buy Cheap and High Quality products from China with worldwide shipping.
Bitcoin
alibitress.com
3H Ago
ARK Invest Maintains Prediction That Bitcoin Prices Will hit $1M by 2030
A new report by Cathie Wood’s growth-focused fund outlines how bitcoin continues to outperform every other major asset class.
Bitcoin
coindesk.com
7H Ago
‎Damus on iOS is live. It's a Nostr client. For those unfamiliar Nostr protocol is for censorship resistant social media with a built in connection for Lightning Network wallets.
Read reviews, compare customer ratings, see screenshots, and learn more about Damus. Download Damus and enjoy it on your iPhone, iPad, and iPod touch.
Bitcoin
apps.apple.com