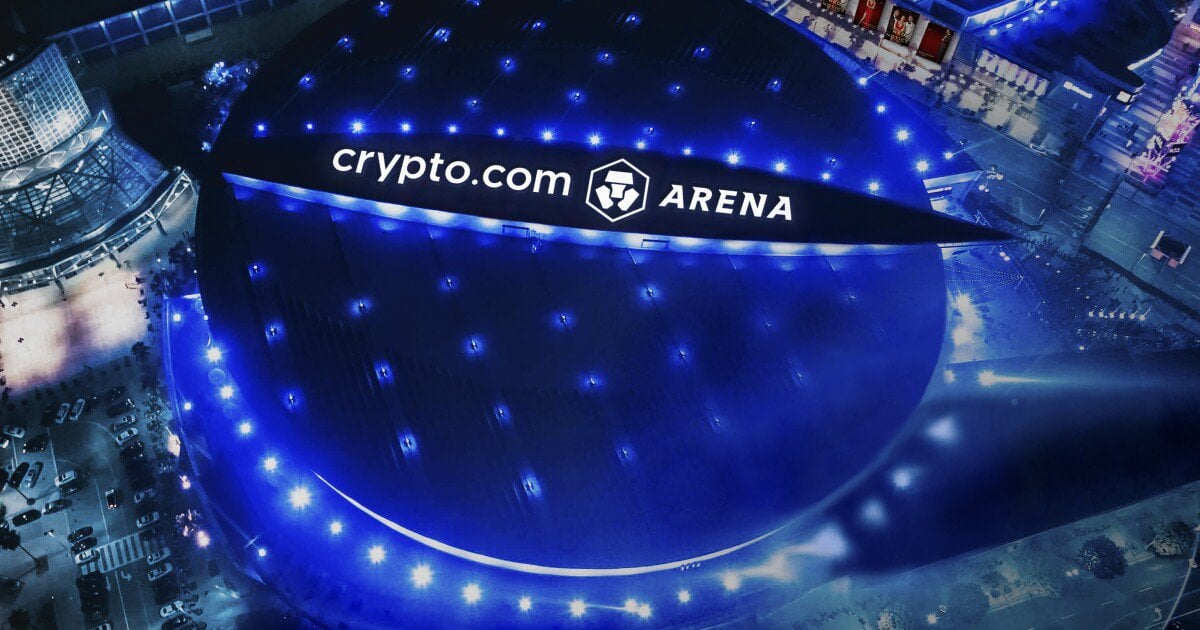 Staples Center is getting a new name for Christmas: Crypto.com Arena.

The downtown Los Angeles venue — home of the Lakers, Clippers, Kings and Sparks — will wear the new name for 20 years under a deal between the Singapore cryptocurrency exchange and AEG, the owner and operator of the arena, both parties announced Tuesday. Crypto.com paid more than $700 million for the naming rights, according to sources familiar with the terms, making it one of the biggest naming deals in sports history.

3:22 p.m. Nov. 17, 2021An earlier version of this article incorrectly stated that AEG owns the Oakland Coliseum. It operates but does not own the venue.

The arena’s new logo will debut Dec. 25, when the Lakers host the Brooklyn Nets, and all of Staples Center signage will be replaced with the new name by June 2022.

Crypto.com’s chief executive, Kris Marszalek, hopes that the new name will come to be seen as a sign of the times.

“In the next few years, people will look back at this moment as the moment when crypto crossed the chasm into the mainstream,” Marszalek said when reached at his home in Hong Kong.

“This is just such a brilliant move from the guys at AEG, because the next decade belongs to crypto,” he said. “And this positions L.A. and this particular venue right at the center of it.”

AEG owns a number of sports teams, including the Kings and Galaxy, and venues, including L.A. Live and London’s O2 Arena. It operates the Oakland Coliseum is one of the nation’s largest event promoters, producing Coachella, among others.

“It’s a bit of a match made in heaven, when we think about the type of brands that we like to partner with,” Beckerman said. “Crypto.com is looking for the most unique branding platform to make a statement and drive adoption, and we’re looking for an innovativ...

Decorative circuit boards with 10 ultra bright LEDs. Use them as ornaments, desk decorations, luggage tags or even hang them from a chain around your neck.
BTC +1.06% · milocredit.com · 14h