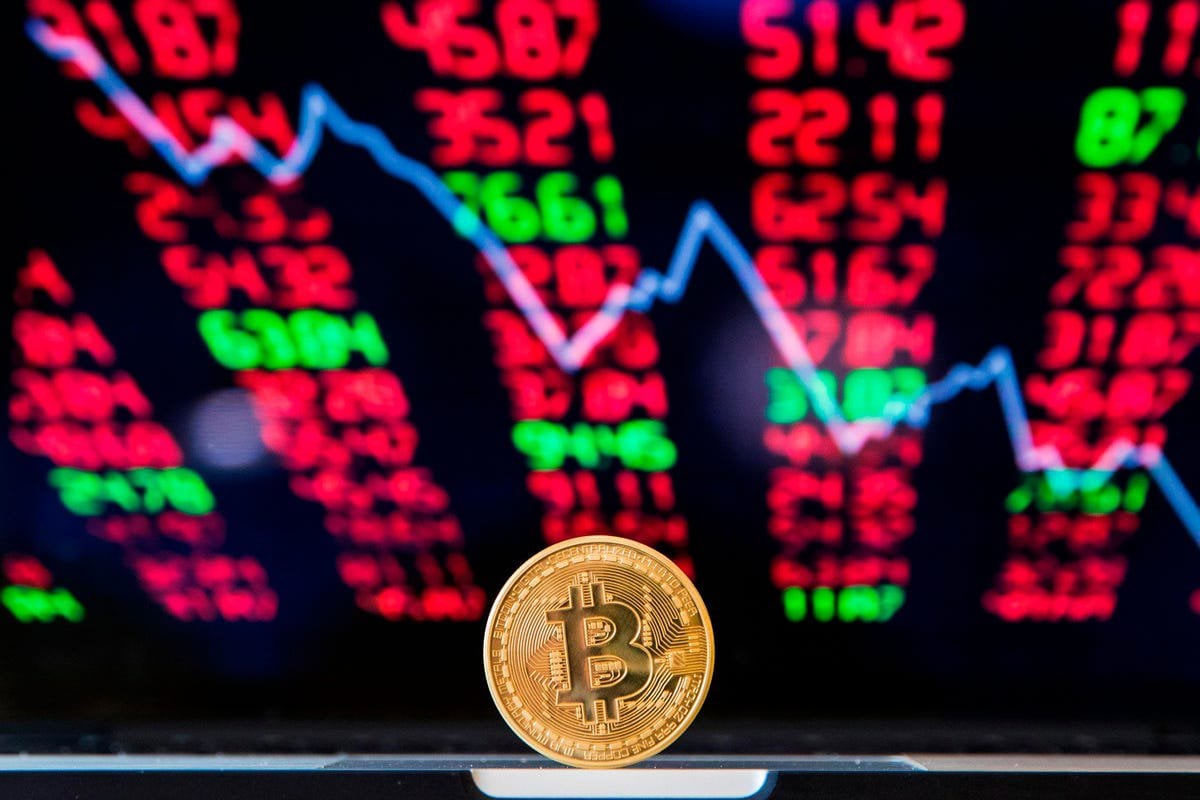 Bitcoin BTC and cryptocurrencies have suffered a catastrophic price crash over the last year—with 2023 already off to a tricky start.

Now, as serious survival fears swirl around some of the world's biggest bitcoin and crypto companies, geopolitical strategist Peter Zeihan has outlined how the bitcoin price could fall below zero.

It's in a brutal bear market that you need up-to-date information the most! Sign up now for the free CryptoCodex—A daily newsletter for traders, investors and the crypto-curious that will keep you ahead of the market

Bitcoin "serves no purpose, it's not a store of value, it's not a medium of exchange and as we've seen if you want to decentralize outside of government control it's a haven for fraud," Zeihan, author of The Accidental Superpower, told podcaster Joe Rogan.

"[Crypto] is now in the process of going to zero except for bitcoin which will probably go negative because if we're moving into a world with carbon taxes you have to take into account the energy to produce it in the first place."

Bitcoin is "now starting to be priced appropriately," Zeihan said. The bitcoin price "has another $17,000 to go down. There's no intrinsic value to this product."

The bitcoin blockchain, a distributed digital ledger, is maintained by so-called miners who use powerful, energy-demanding computers to secure the network in return for bitcoins.

After China expelled bitcoin miners in 2021, the U.S. became the world's largest bitcoin mining country, contributing around 38% of the so-called bitcoin hash rate according to the Cambridge Bitcoin Electricity Consumption Index.

Bitcoin mining uses eye-watering amounts of energy to power and cool computers, consuming as much electricity in 2022 as the whole of Sweden, according to Digiconomist's Bitcoin Energy Consumption Index.

Sign up now for CryptoCodex—A free, daily newsletter for the crypto-curious

MORE FROM FORBES$5 Trillion In 2023? Former Crypto Billionaire Doubles Down On Huge Bitcoin Price PredictionBy Billy Bambrough The bitcoin price has suffered an almighty crash over the last year but remains far higher than ... [+] before the beginning of its late 2020 price rally. Forbes Digital Assets

Carbon taxes have been introduced by countries around the world in recent years as they try to reduce their CO2 emissions. In June last year, Danish lawmakers agreed the highest corporate carbon tax in Europe. However, the U.S. doesn’t have a carbon tax at a national level, with the Biden administration regarding the idea as politically risky and hard to get through Congress.

Despite bitcoin's price crash over the last year, many remain convinced the price will eventually roar back with Mark Cuban, the billionaire Shark Tank star and bitcoin critic-turned-crypto investor, revealing when he'd buy bitcoin again.

"Bitcoin became an ideology," Zeihan said. "People who really like bitcoin are convinced it's the currency of the future, the decentralized ledger is the way to go, that anything is controlled by a government entity is by definition a negative and if it's done by the private sector it will be better, but that's just not how currency works."

Bitcoin's scarcity, with a fixed supply of around 21 million bitcoins that makes it comparable to digital gold, is named by bitcoin bulls as why it's superior to government-backed so-called fiat currencies that can be created by central banks.

"One of the craziest things about bitcoin is that there will never be more than X number of units of bitcoin [because] by default that means it can't be used for trade," Zeihan said. "The whole idea of economic activity is that there's expansion which means you need more currency to lubricate and manage that expansion. If currency is locked into a specific number you get monetary inflation and that's one of the fastest ways to destroy an economic model."

3H Ago
SLP455 Anant – Single Sig or Multi Sig?
Anant of BitHyve (Hexa, Keeper) rejoins me on the show to chat about the question of securing your Bitcoin in single signature or multi signature. We also talk through best practices.  Topics covered: Single sig or multi sig Costs of multi sig Detailed walkthrough of multi sig set up Practical tips to keep it simple…
Bitcoin
stephanlivera.com
4H Ago
Shop AliExpress with Bitcoin and 150+ other cryptocurrencies with lowest margin
Online Shopping from China with Bitcoin and other crypto, Buy Cheap and High Quality products from China with worldwide shipping.
Bitcoin
alibitress.com
5H Ago
ARK Invest Maintains Prediction That Bitcoin Prices Will hit $1M by 2030
A new report by Cathie Wood’s growth-focused fund outlines how bitcoin continues to outperform every other major asset class.
Bitcoin
coindesk.com
9H Ago
‎Damus on iOS is live. It's a Nostr client. For those unfamiliar Nostr protocol is for censorship resistant social media with a built in connection for Lightning Network wallets.
Read reviews, compare customer ratings, see screenshots, and learn more about Damus. Download Damus and enjoy it on your iPhone, iPad, and iPod touch.
Bitcoin
apps.apple.com