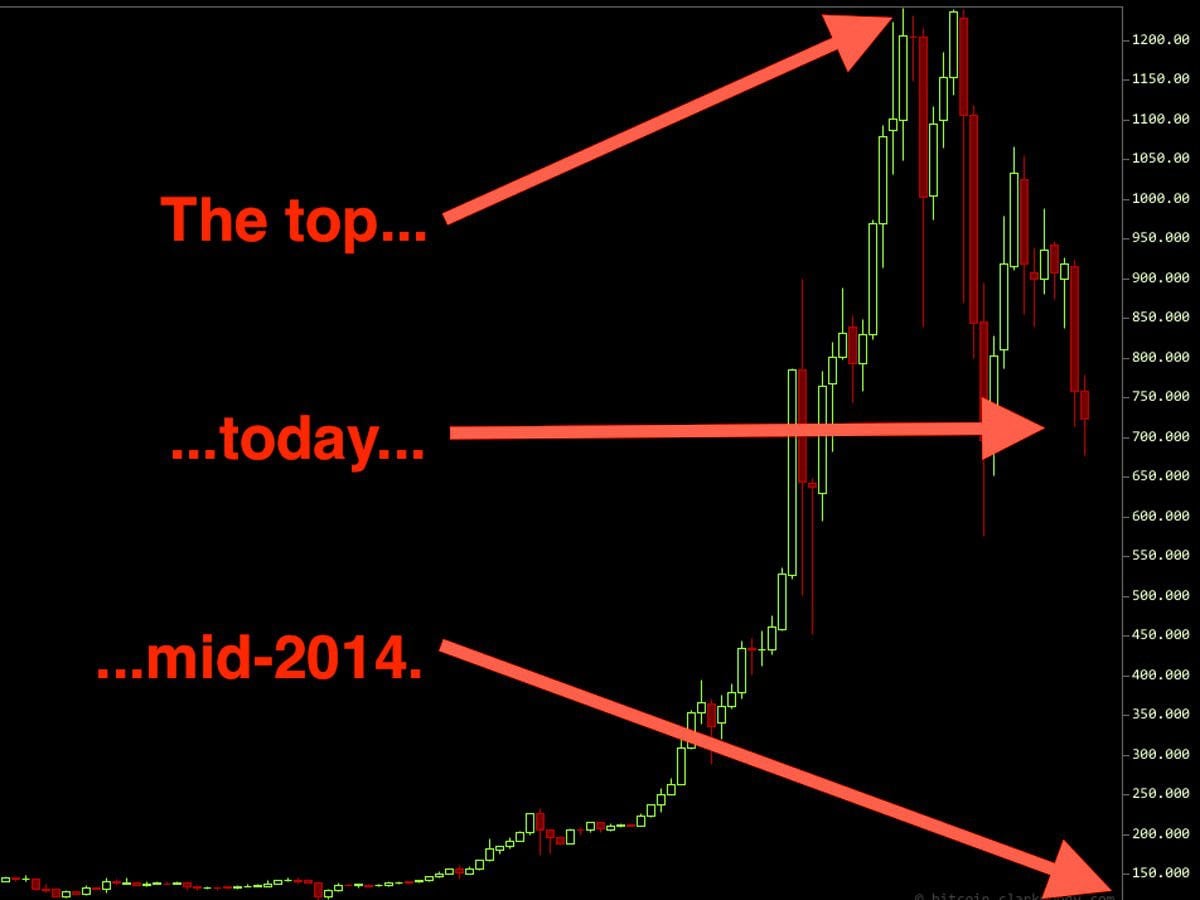 Flashback: I predict that Bitcoin will trade for under $10 a share by the first half of 2014 - Prof. Bitcorn

Bitcoin was above $1,200 a few weeks ago. Today it's worth around $610. Clark Moody In Bitcoin World, a week can be the equivalent of a decade.

At the start of December, Bitcoin topped out at over $1,200 as e-currency evangelists trumpeted the endless possibilities to be unleashed, comparing it to the breakthroughs not achieved since the start of the internet revolution.  Bitcoiners claimed market disruption would bring credit card companies and payment platforms such as Western Union to their knees.  Some even claimed that Bitcoin would supplant the U.S. dollar as the new global reserve currency.  Adding more helium to the story, the Winklevoss twins of Facebook fame, not being shy about talking up their own book, predicted prices would rise to a staggering $40,000 per coin.

And from January to December 2013, markets obeyed with prices rising over 8,000 percent.  In the mist of this hype, it appeared that the Bitcoin Revolution was on its way to transforming the economy, putting central bankers out of work and minting new e-currency millionaires daily.  Bitcoin was priced for perfection. This past week, however, the market didn’t stick to the script.  Instead it began to challenge the rhetoric, knocking prices down as low as $535, a drop of about 55 percent from recent highs.  The market has finally realized that hype alone cannot support lofty prices.  Bitcoin is not a legitimate currency but simply a risky virtual commodity bet.

Since inception, Bitcoin has had a flawed DNA.  It was dreamed up in a virtual world -- by computer geeks -- but was to be applied in the real world.  Bitcoin is steep in Libertarian and anti-Fed dogma but weak in understanding of how global economics, central banking policies and financial markets function.  The lifeblood of the global capital markets is money – greenba... 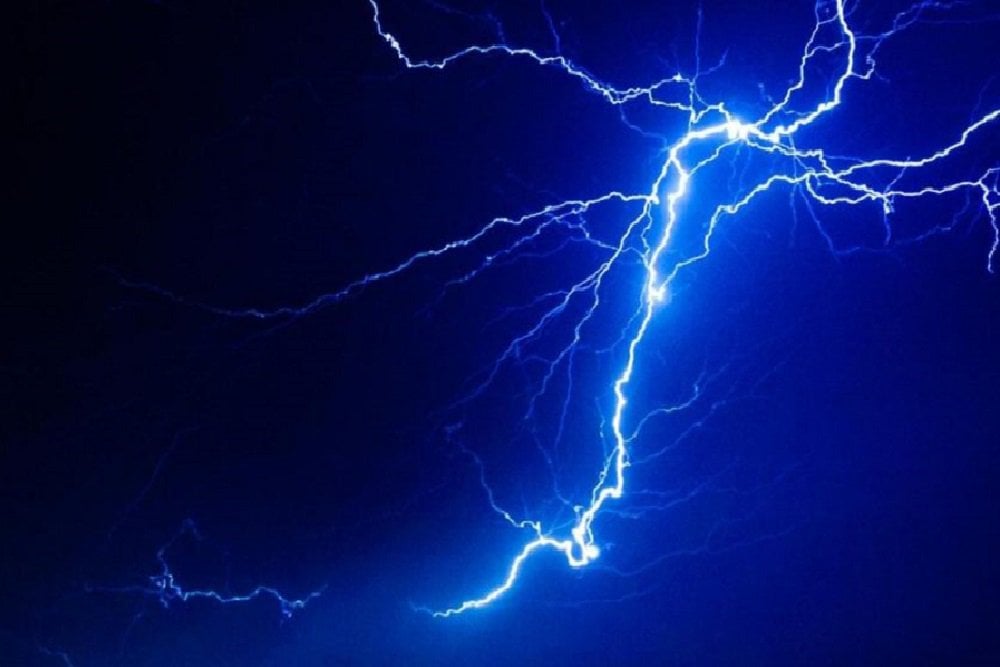 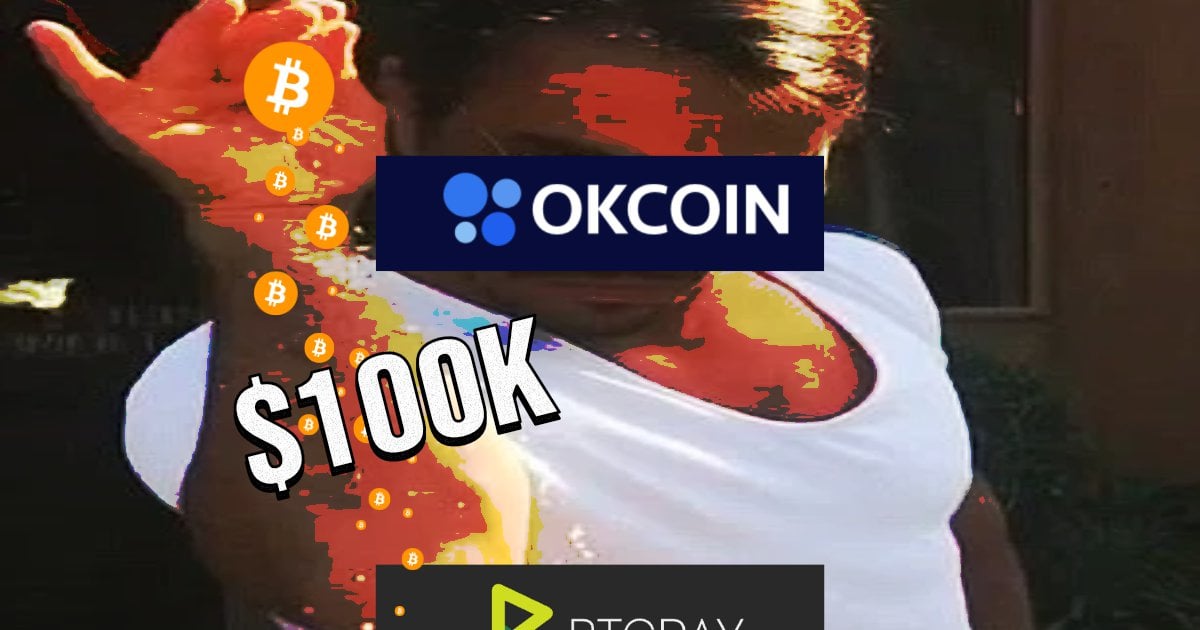 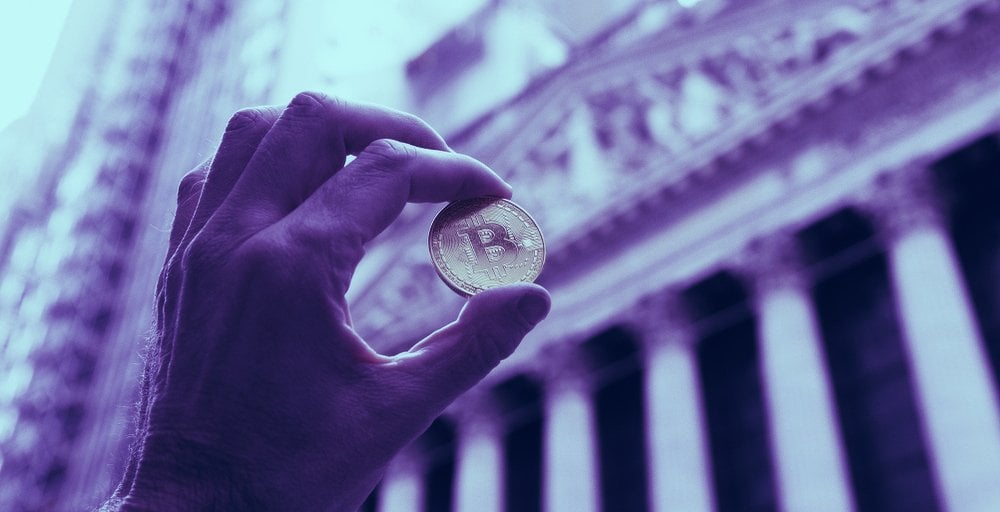 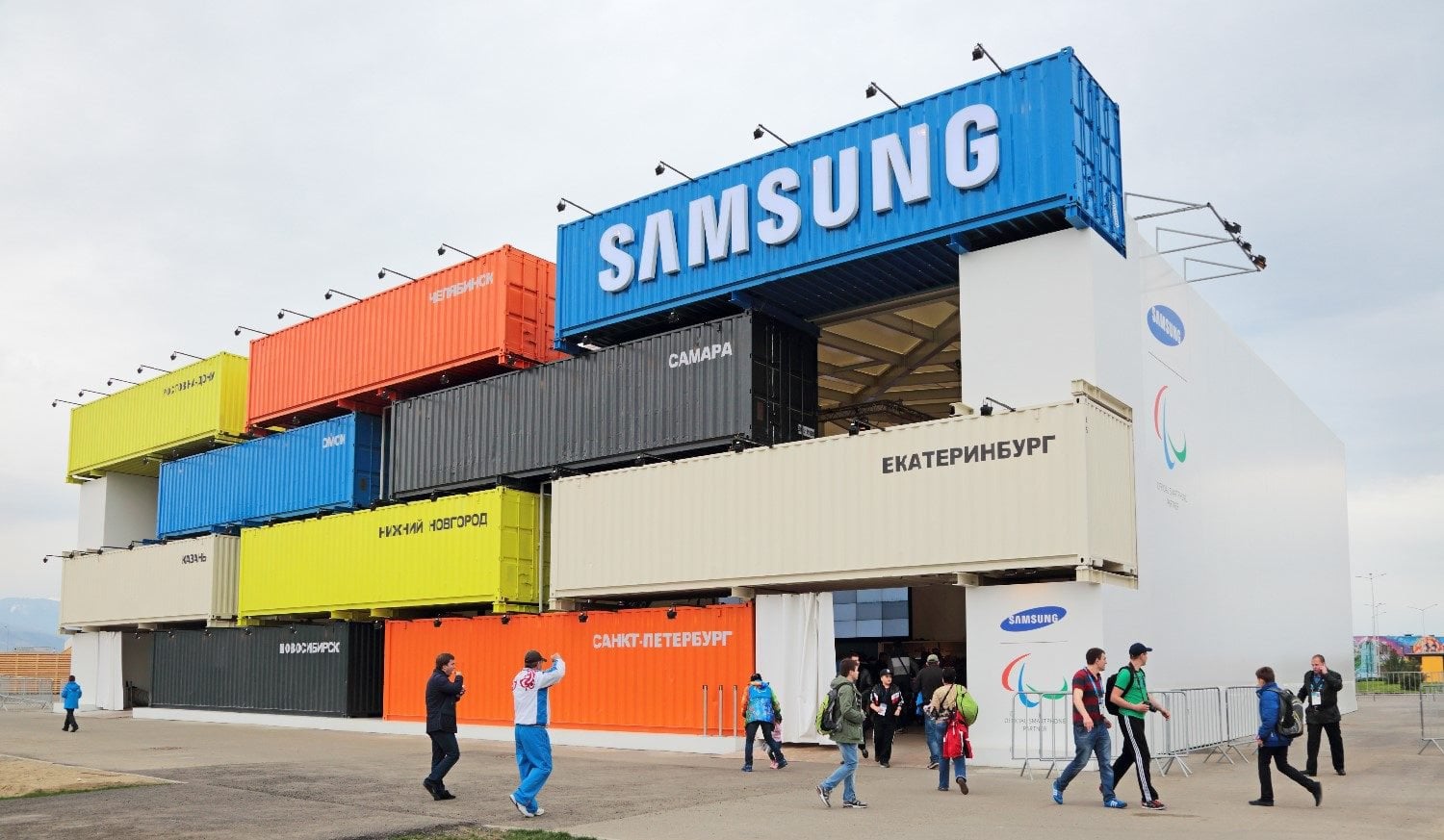 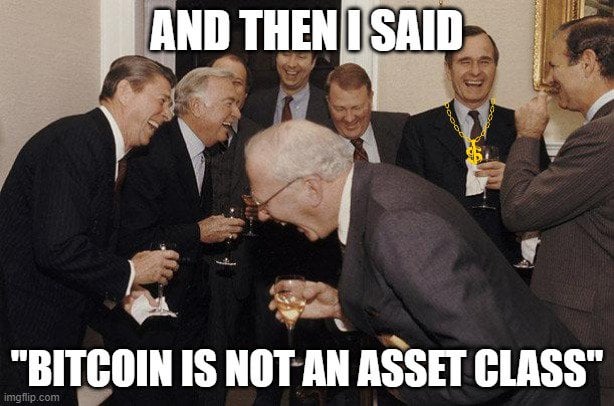 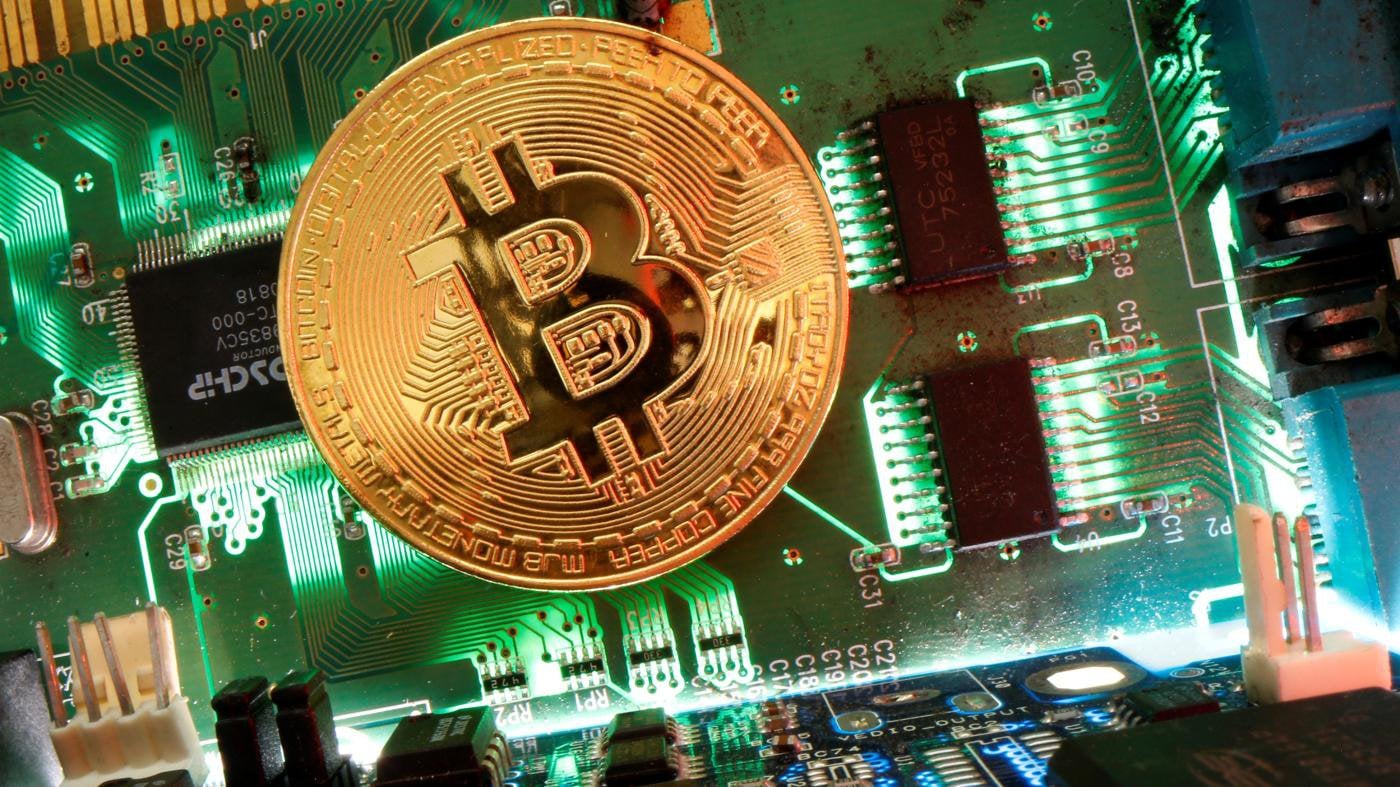 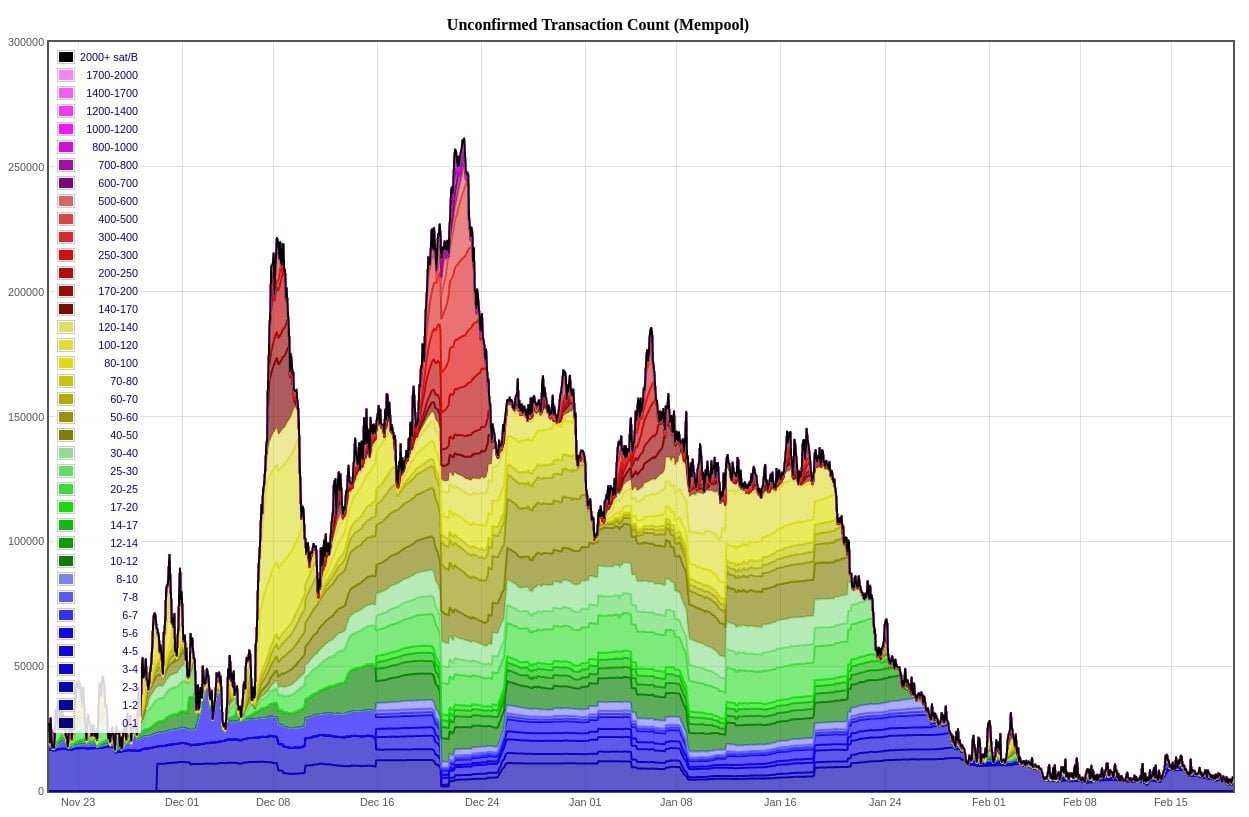