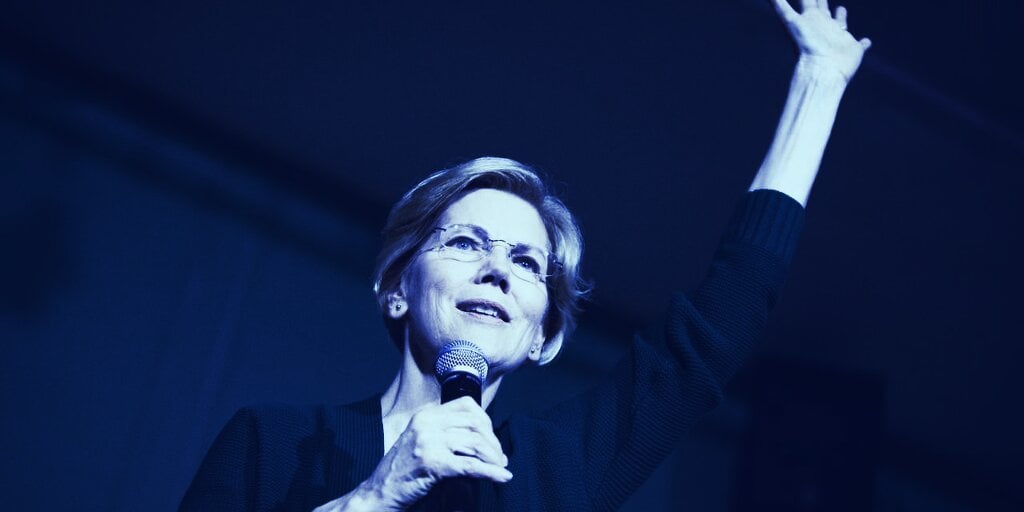 The Senator has written a letter to Jeff Kirt, CEO of Greenidge, raising concerns about the company’s impact on the environment.

“Given the extraordinary high energy usage and carbon emissions associated with Bitcoin mining, mining operations at Greenidge and other plants raise concerns about their impacts on the global environment, on local ecosystems, and on consumer electricity costs,” Warren wrote.

In an additional email to Bloomberg, Warren said “we need to better understand how much energy facilities like Greenidge are using, how much they’re emitting into the environment, and what impact they’re having on electricity prices for American consumers.”

This is not the first time Warren has taken aim at the Bitcoin mining industry over its negative impact on the environment.

This summer, Warren appeared on CNBC to discuss the environmental impact of the crypto industry.

“Bitcoin requires so much computing activity that it eats up more energy than entire countries. One of the easiest and least disruptive things we can do to fight the Climate Crisis is to crack down on environmentally wasteful cryptocurrencies,” Warren tweeted at the time.

According to Cambridge University, Bitcoin currently consumes approximately 112 terawatt-hours of electricity every year. That means that if Bitcoin were a country, it would consume more energy than most countries on earth.

This, in turn, means the Bitcoin network produces a hefty amount of greenhouse gas emissions, equivalent to billions of pounds of burned coal, or millions of homes’ average electricity consumption for the year.

How does Greenidge fit into this?

Greenidge Generation has been on the frontline of Bitc...

Decorative circuit boards with 10 ultra bright LEDs. Use them as ornaments, desk decorations, luggage tags or even hang them from a chain around your neck.
BTC +1.06% · milocredit.com · 14h