El Salvador's Mi Primer Bitcoin course was taken by over 10,000 students in 2022 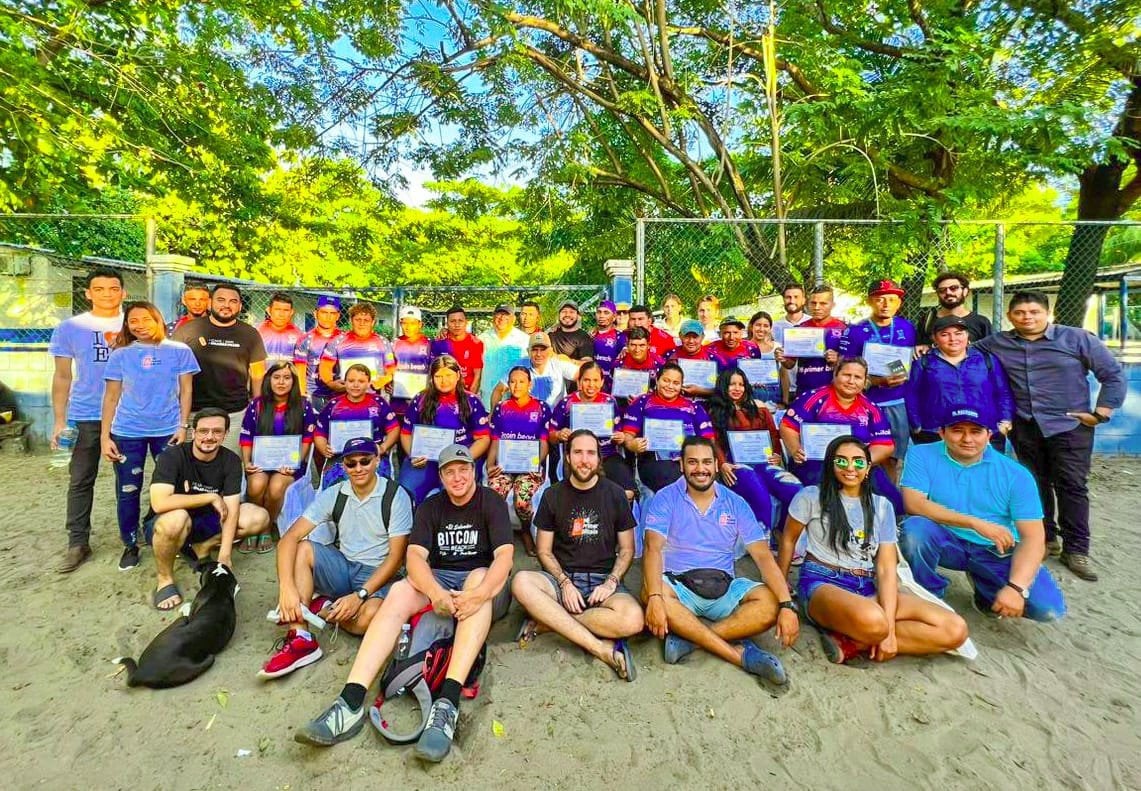 Mi Primer Bitcoin (My First Bitcoin) has grown so aggressively this year that it’s almost hard to believe sometimes. When the year 2022 began, we were proud of teaching 400 students in all of 2021 — all via a 90-minute introduction class.

Now, there are some weeks when we teach more than that.

We are focused on teaching free, independent & impartial Bitcoin education to the world’s first Bitcoin nation: El Salvador. The team is united by that mission, and we try to say yes to every opportunity that comes our way.

On February 4th, IBEX invited us to a meeting at Complejo Educativo Ignacio Pacheco Castro, a public school in San Marcos, El Salvador. The school was interested in having Bitcoin education for up to 200 students, and a rough plan formed over the following weeks. On February 24th we announced the 10-week program at our monthly meet-up.

This would be the first Bitcoin Diploma program in a public school in the world.

IBEX generously donated 0.1 Bitcoin for infrastructure improvements at the school and Mi Primer Bitcoin crowdfunded 1.4 BTC from hundreds of donors for all other expenses for the first year in San Marcos.

We rushed to create the curriculum before the first class on April 23rd.

That first group of Bitcoin Diploma students, 38 in total, graduated on June 25th. We immediately started a new cohort in La Pacheco.

Read more: For immediate release: a joint statement by My First Bitcoin & IBEX

In addition, on June 28th, we launched a new class in Complejo Educativo Antonio J. Alfaro, the public high school in Ataco, El Salvador, this time without a sponser. The curriculum team had kept working and these new groups would use the 2.0 version of the workbook.

In Ataco we also had free intro classes every week where we taught the parents and community members, including all the nearby small businesses. The Bitcoin Diploma at Antonio J Alfaro served as an anchor from which we taught the entire community.

In September we had 92 diploma graduates from the two locations — San Marcos and Ataco.

We are teaching the third Bitcoin Diploma group now in those locations. And things are expanding quickly thanks to new sponsors, such as Bitfinex, as well as continued crowd-funding.

Besides the precious two locations, we’ve added the program to a public school in Apopa, El Salvador and the mayor’s office in Usulután.

We also teach the Bitcoin Diploma in the open air on La Pirraya island, located in the Pacific Ocean, where we have partnered with Bitcoin Beach to kick-start a circular economy on ‘Bitcoin Island’.

We now teach the Diploma in 5 locations with over 200 students. But that’s just what we know of. We also open sourced the 3.0 version of the workbook, which we felt was finally good enough to share with the world.

It’s been downloaded, printed out and taught to local communities by bitcoiners around the world.

Some of them have even translated it into their own languages, including French, Korean and English.

If you want to translate or make any kind of contribution to the Bitcoin Diploma, you can do it on our GitHub repository.

We more than double the number of students in every ten-week cohort and we plan to continue that pace–which means that we expect to have around 500 students in the first group of 2023.

We move as fast as we can, which means that sometimes we make mistakes that we try to learn from and constantly improve upon. Growth is the only constant. Our only allegiance is to the mission.

While the Bitcoin Diploma grew, My First Bitcoin surged forward on other fronts. We hired our first paid staff and expanded into the rest of the country.

We also created an eastern hub in San Miguel to complement the first one in San Salvador.

By halfway through the year we were active in 7 of the nation’s 14 departments. As we added more teachers and locations we crossed another milestone: teaching over 1,000 intro students per month.

By July we were hosting regular meet-ups in both San Salvador and San Miguel. We give away some sats, while answering any questions, and encourage Salvadoreans new to the space to make their first real-world transaction with Bitcoin. The largest meet-ups attracted around 200 people.

So much of what we do is based around showing rather than telling whenever possible.

As much as we try to help educate Salvadoreans to get them off zero, our teacher is Bitcoin itself. We are a Proof-of-Work project.

Bitcoin education for everyone, including local government authorities

In August 2022 our San Miguel team was able to orange pill the governor of Usulután, the nation’s largest department. Since then, even as the price of bitcoin has dropped, we have grown incredibly there — faster than anywhere else.

Within a few months, we had given classes to each mayor and their staff in the department, 22 overall. By December we were active in 12 of El Salvador’s 14 departments but we have more students in Usulután than anywhere else.

Throughout this all we have continued to build out the team which is now a mix of about 20 active volunteers and paid staff and a much larger circle of supporters.

It’s been an unbelievable year of progress. And it’s because of you.

Finally, in November we met bitcoiners from around the world during Adopting Bitcoin, one of the most important Bitcoin conferences in the world. It was a successful experience & we had lots of fun meeting fans and collaborators.

The community has supported and inspired us in so many different ways. And that’s the real goal: empowerment. And not just for our students, but for ourselves.

During October & November 2022 we joined with SeedSigner to teach Salvadoreans how to use hardware wallets and signing devices.

We had two workshops, one in San Salvador and another one in San Miguel, with 35 students in total and all of them received a SeedSigner device each and learned a lot about Bitcoin self custody.

Contribute & Donate to My First Bitcoin

Remember we’re a not-for-profit organization, so we count on donors & sponsors to carry out our mission.

There are many ways to collaborate with us: sending some sats, offering your services & resources and also spreading awareness about us and our efforts.

Oh, and before we forget… you can also buy merch and contribute with us!

Next year, 2023, our plans are much bigger and much bolder.