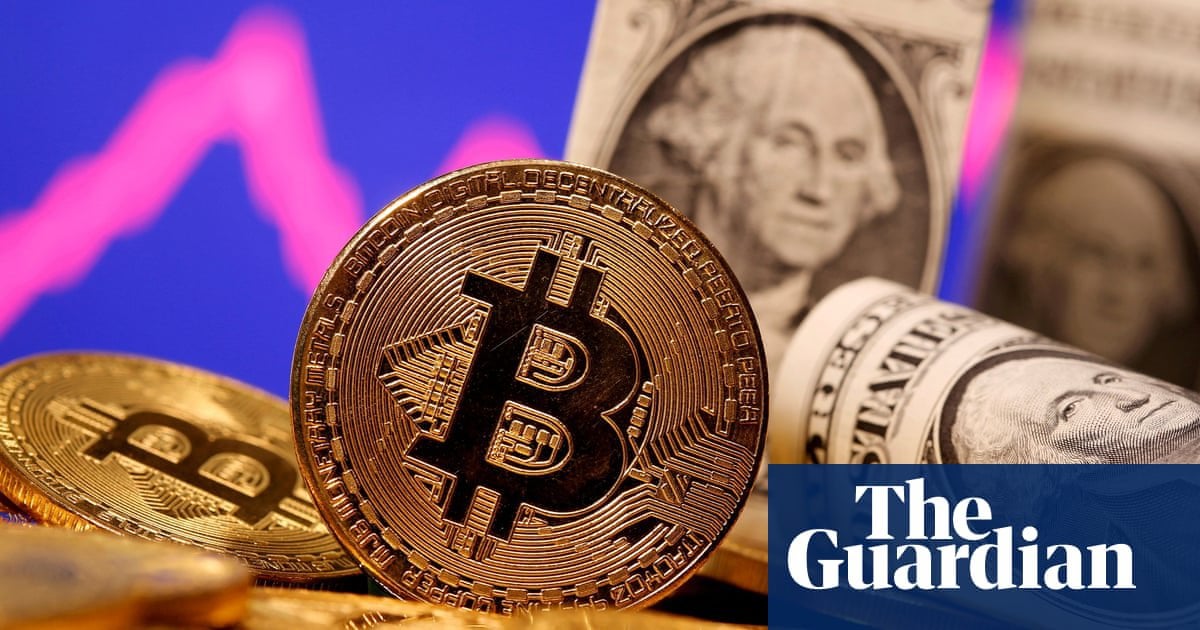 The European Central Bank says bitcoin is on an “artificially induced last gasp before the road to irrelevance”, in a scathing intervention arguing against giving regulatory legitimacy to the cryptocurrency.

In a strongly worded blogpost, senior European Central Bank (ECB) staffers Ulrich Bindseil and Jürgen Schaaf criticised bitcoin for being a hotbed of illegal transactions that brings reputational risk for any bank that gets involved with the sector.

The value of the digital currency has plummeted from a peak of almost $70,000 to a low of $16,000 since the collapse of the crypto exchange FTX, before stabilising at about $20,000. But the ECB authors say even this stabilisation is likely to be false, an artefact of market manipulation rather than genuine demand.

“Big bitcoin investors have the strongest incentives to keep the euphoria going,” they wrote. “The manipulations by individual exchanges or stablecoin providers etc. during the first waves are well documented, but less so the stabilising factors after the supposed bursting of the bubble in spring.”

Q&AWhat is a stablecoin? Show A stablecoin, like the name suggests, is a type of cryptocurrency that is supposed to have a stable value, such as US$1 per token. How they achieve that varies: the largest, such as tether and USD Coin, are effectively banks. They hold large reserves in cash, liquid assets, and other investments, and simply use those reserves to maintain a stable price. Others, known as "algorithmic stablecoins", attempt to do the same thing but without any reserves. They have been criticised as effectively being backed by Ponzi schemes, since they require continuous inflows of cash to ensure they don't collapse. Stablecoins are an important part of the cryptocurrency ecosystem. They provide a safer place for investors to store capital without going through the hassle of cashing out entirely, and allow assets to be denominated in conventional currency, rather than other extremely volatile tokens. Thank you for your feedback.

In the article, which was first published as an opinion piece in the German newspaper Handelsblatt, Bindseil and Schaaf argue that the speculative bubble in bitcoin value led to an explosion in lobbying from the cryptocurrency sector that aimed to treat crypto as “just another asset class”. In fact, they write, “the risks of crypto assets are undisputed among regulators”.

“Since bitcoin appears to be neither suitable as a payment system nor as a form of investment, it should be treated as neither in regulatory terms and thus should not be legitimised,” the blogpost concludes.

The intervention sparked immediate pushback from those inside the bitcoin community. Investor Eric Voorhees said that the line declaring the currency “artificially inflated” would be “set in a beautiful typeface, ornately displayed on heavy matte paper, and hung elegantly upon my wall”, while venture capitalist Mike Dudas contrasted the post with a chart showing the euro’s 20% decline against the dollar since 2021, arguing that it was the euro that was on the road to “irrelevance”. (In the same period, bitcoin has fallen against the euro by more than 60%).

It is one of the strongest interventions yet against bitcoin, and by extension the wider cryptocurrency sector, by a leading regulator. After FTX’s spectacular failure, authorities around the world have questioned whether light-touch regulation of the cryptocurrency sector could be causing real harm to consumers. Inside the EU, the Markets in Crypto-Assets regulation (MiCA) is one attempt to impose stricter requirements on the sector. The rules, which are likely to be voted into law in February, will impose new consumer protection requirements on EU-based crypto companies.

The Bank of England’s deputy governor, Sir Jon Cunliffe, on Monday called for regulation, in softer terms than the ECB, telling an audience at Warwick Business School: “We should not wait until it is large and connected to develop the regulatory frameworks necessary to prevent a crypto shock that could have a much greater destabilising impact.”

But the bank is hindered in its ability to take action by the prime minister’s strong backing of crypto. When he was chancellor in April 2021, Rishi Sunak launched a taskforce to examine the potential of a digital pound, and a year later he asked the Royal Mint to create the government’s first NFT. That token has still not been sold to the public, although the overall size of the crypto market has fallen by about 70% since Sunak issued the order.

11H Ago
The Ethics Of Mixing
Is mixing or coinjoining ethical? In his essay the author discovers how much harm banking regulation cases to customers and why mixing is ethical.d
Bitcoin
bitcoinnews.com
13H Ago
Bitcoin price is up, but BTC mining stocks could remain vulnerable throughout 2023
Bitcoin
allcryptonews.site
13H Ago
CoinJoin: Compare All Implementations 2023
It is obvious that no one agrees on “how to do CoinJoins right” and how to best optimize user privacy with block space efficiency
Bitcoin
bitcoinnews.com
13H Ago
Gold mining contaminates land and fresh water, so why all the focus on just bitcoin mining?
While there have been improvements to mining practices in recent years, significant environmental risks remain. Negative impacts can vary from the sedimentation caused by poorly built roads during exploration through to the sediment, and disturbance of water during mine construction. Water pollution from mine waste rock and tailings may need to be managed for decades, if not centuries, after closure.
Bitcoin
safewater.org