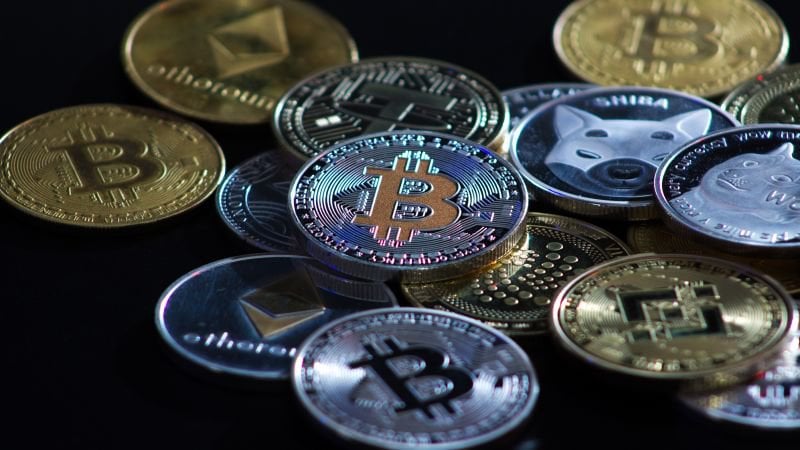 Crypto’s biggest critics often argue that the digital assets have virtually no intrinsic value, that the technology underlying it has failed to prove its usefulness, and that the market for digital currency is built on little more than hype.

And that’s all true, according to a report by researchers at Starkiller Capital, a crypto-focused hedge fund. But it doesn’t mean you can’t make money from it.

Crypto trading is essentially a “hot ball of money” bouncing from one digital asset to the next, driven by an ever-shifting narrative about innovation and potential future value, according to the paper’s authors, Leigh Drogen, Corey Hoffstein, and Kevin Otte. At any given time, they write, there are a few dominant narratives driving cash into the crypto space, amplified by the fact that crypto market participants are “very online.”

To be clear, traditional currencies like the dollar also lack intrinsic value, but they are backed by the full faith and credit of the institutions that issue them, like the US government. Crypto currenciess are backed by a decentralized network of computers and secured by blockchain technology.

“It’s a constant rotation from one bet to another,” Drogen said in an interview.

The still-young crypto industry is in awkward phase. Skeptics and naysayers have more ammunition than ever to cast doubt on the whole prospect of crypto, whether as a stock-like investment vehicle or a store of value like gold or a real-life currency that can buy tangible goods and services.

Devotees are on the defensive. They say the tumult of the past year — a so-called “crypto winter” — is the kind of creative destruction that any new technology must endure to weed out the bad players. But these aren’t just any bad actors … the crypto winter has been marked by the collapse of industry giants including Celsius, BlockFi, and FTX, potentially one of the biggest investing scandals of all time.

It might seem odd for a digital-asset-focused firm to be publishing a report on how crypto is essentially a hype beast with no fundamental value proposition that also happens to be “rife with insider trading and market manipulation.” But the absence of fundamentals is hardly a problem for Starkiller, a quant shop that relies on mathematical modeling and algorithms, not human judgment, to make investment decisions.

“We may hold a little bit of a different view from some of the more… religious-type crypto people,” Drogen said. “When we talk about utility and intrinsic value, there’s not much there yet… But we are definitely true believers in the long-term trajectory of the actual utility.”

In short, crypto is an emerging technology and investment that isn’t for everyone — not yet, at least. For now, crypto is a pure momentum play — and not one for the faint of heart.

For the uninitiated: Momentum trading is in an investment strategy that aims to capitalize on a trend. If a stock is going up, you should buy it because it has momentum to keep going up, the thinking goes.

Of course, nothing goes up forever, as many learned the hard way when the intense, Reddit-fueled FOMO driving up meme stocks like GameStop and AMC evaporated.

The crypto trading world functions in much the same way.

In Starkiller’s study, digital assets that performed the best over a 30-day period tended to continue to outperform over the subsequent seven-day period. That’s the momentum at work.

Trading strategies that exploit this phenomenon have consistently delivered excess returns relative to bitcoin, which the researchers used as a benchmark.

1H Ago
The 5 Biggest Barriers to Bitcoin Adoption (With Their Solutions). Education is the key to Bitcoin reaching one billion users by 2030.
Education is the key to Bitcoin reaching one billion users by 2030.
Bitcoin
inbitcoinwetrust.substack.com
2H Ago
UK EU Cryptocurrency Regul;ation
UK EU Cryptocurrency Regulation
Bitcoin
at.tumblr.com
4H Ago
The Future of Nuclear Energy with Everett Redmond — What Bitcoin Did
Everett Redmond is a nuclear engineer working as the Senior Director of Fuel Affairs at Oklo. We discuss the enormous challenges and opportunities in renewing the US’s nuclear fleet over the next decade, Oklo’s development of fast nuclear reactors, and how such small modular nuclear reactors will soon become commonplace.
Bitcoin
whatbitcoindid.com
4H Ago
Swiss to vote on preventing cashless society
Swiss citizens will get the chance to try to ensure their economy never becomes cashless, a pressure group said, after collecting enough signatures by Monday to trigger a popular vote on the issue.
Bitcoin
reuters.com