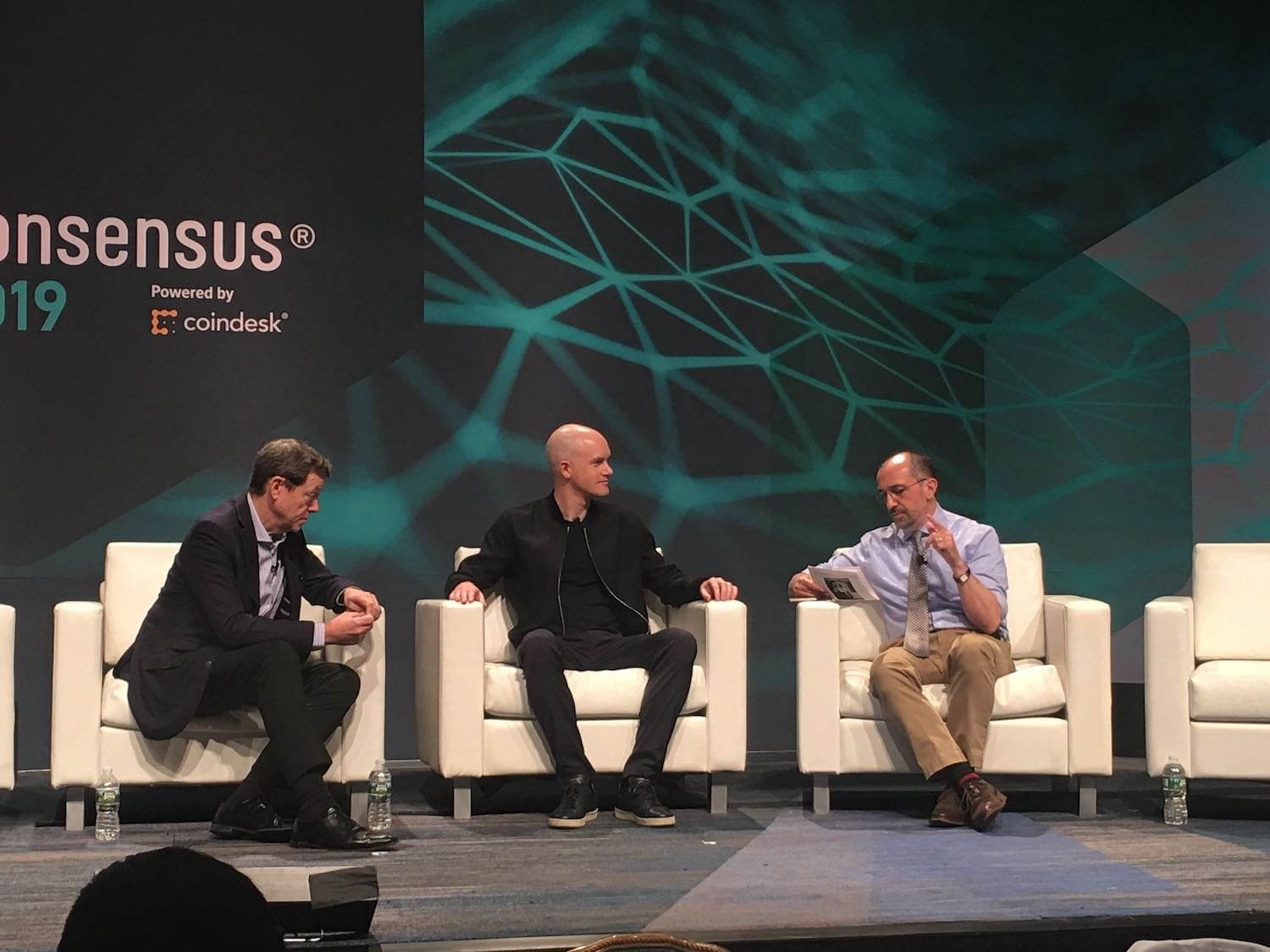 Coinbase Custody Now Has $1 Billion of Crypto Under Management, CEO Says - (The biggest "hacks" will happen in the future - buy a hardware wallet - NYKNYB)

In an on-stage discussion at CoinDesk’s Consensus 2019 event on Wednesday, Armstrong was asked by panel moderator and Wall Street Journal reporter Paul Vigna about the status of institutional involvement in the cryptocurrency industry.

“We launched our custody 12 months ago, we’ve just crossed $1 billion AUM or institutions, 70 institutions have signed up, adding about $150 million AUM a month, so, to a large degree that has been a success.”

He added the institutions are not merely interested in having their funds sit idle while in custody either.

“They want to be staking and voting, doing governance on-chain,” Armstrong said. “I think that will grow rapidly.”

Both panelists, Armstrong and Union Square Ventures partner Fred Wilson, noted the institutions involved are not necessarily the big, traditional players most are familiar with, such as BlackRock.

“The token funds and venture funds will make up the first two big institutional funds,” Wilson said. “For them [traditional institutions] to take their chips and go all in, I don’t see that in the next year or two.”

“When people read in the Wall Street Journal that institutions are coming to crypto they think Goldman is coming, but in reality, maybe 100 token funds in the U.S. and 100 in Asia are all in so far.”

The Coinbase trading platform geared toward more advanced traders, Coinbase Pro, is seeing notable institutional involvement as well, Armstrong said, with more than half of its trading volume...

Welcome to our 4th edition on cryptocurrency markets and derivatives. Lately, there’s always something very interesting to write about. Last time we were musing about the difficulty and inevitability…
8
Share
BTC +2.68% · areyoucsw.com · 18h