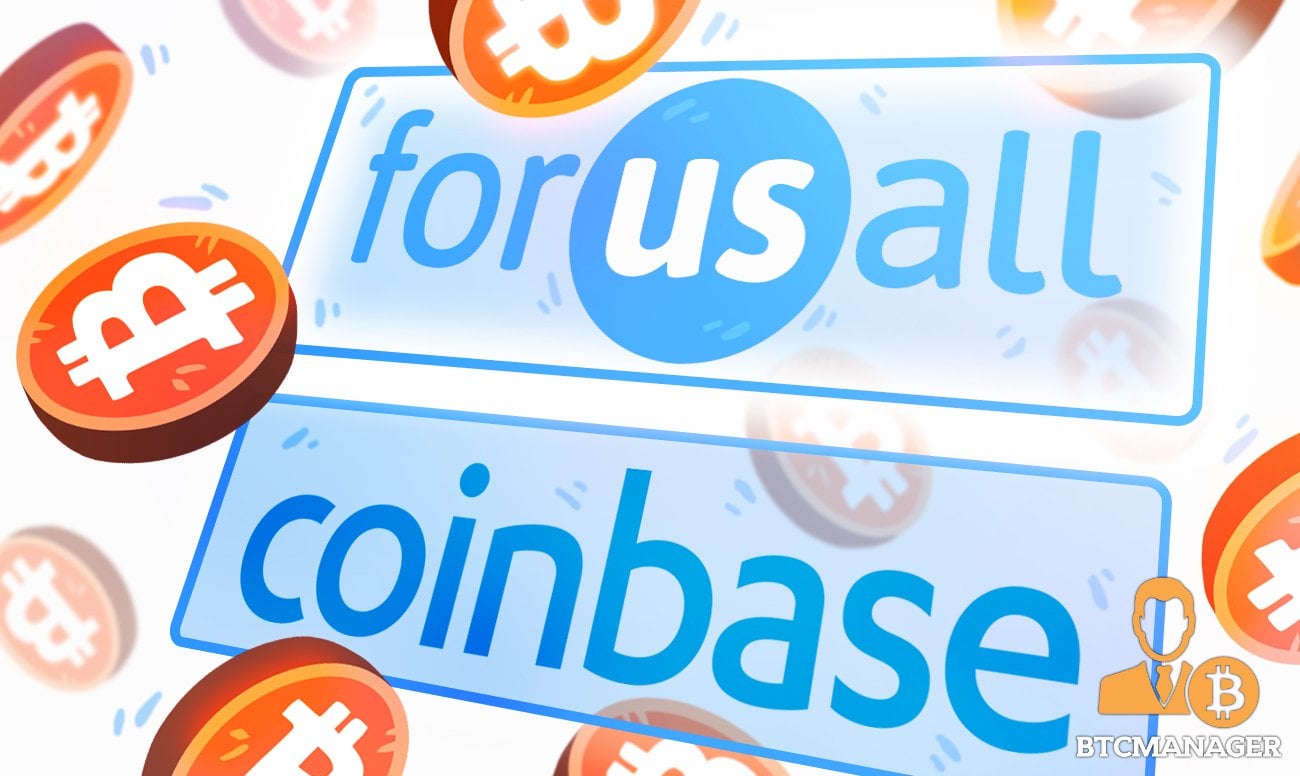 The institutional arm of Coinbase Global has partnered with ForUsAll Inc.—a 401(k) provider—to allow workers under their administration to invest up to five percent of their account balances in crypto, the WSJ reports on June 10.

A Fresh Turn for American Workers

The rollout begins July 2021, compliantly allowing workers in their roster to invest in cryptocurrencies like Bitcoin, LTC, and ETH.

ForUsAll Inc. has a track record.

Launched in 2012, they have been providing workers they administer with access to human advisors, low-cost mutual funds, and automated 401(k) contributions.

Although ForUsAll Inc. only manages $1.7 billion as part of their retirement plan assets, their support for cryptocurrencies is a step in the right direction.

Despite critics pointing out high volatility as a turn-off, the coin’s potential can’t be understated.

The announcement is a shot in the arm for Bitcoin and crypto in general. At spot rates, Bitcoin is recovering after plunging to as low as $26k in May 2021.

However, as an alternative investment asset and a relatively new, the sphere commands hundreds of billions, facilitating the movement of millions of trustless transactions every week.

Moreover, it has evolved, serving as a medium-of-exchange and a digital store of value, competing with Bitcoin.

Accordingly, it explains why there have been “meaningful conversations” about adding alternative investments into 401(k) plans, according to Lew Minsky—the president of the Defined Contribution Institutional Investment Association (DCIIA).

So far, according to the DCIIA lead, there haven’t been plans to add cryptocurrencies under a...

Investment bank JPMorgan conducted a survey of thousands of investors from 1,500 institutions and found that 49% of them think that cryptocurrency is either "rat poison squared," the term used by Berk...
2
Share

His death came hours after a Spanish court approved his extradition to the U.S. where he was wanted on tax-related criminal charges.
20
Share