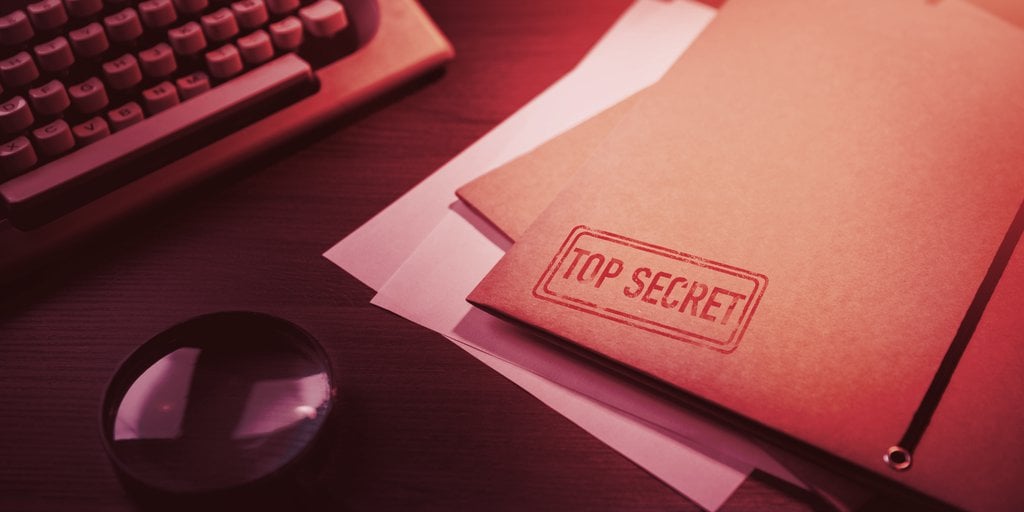 The U.S. Department of Justice has accused two Chinese intelligence officers of obstruction of justice for allegedly attempting to bribe a U.S. government employee with $61,000 in Bitcoin to steal documents related to an investigation into Chinese tech giant Huawei.

“The Justice Department will not tolerate attempts by any foreign power to undermine the rule of law upon which our democracy is based,” U.S. Attorney General Merrick Garland said during a press conference announcing the arrest of the two operatives.

The DOJ says the operation began in 2019 when the two intelligence officers approached a government employee who was a double agent working for the Federal Bureau of Investigation.

According to the U.S. Justice Department’s announcement, Guochun He and Zheng Wang allegedly wanted to steal files and other information from the U.S. Attorney’s Office for the Eastern District of New York.

The documents the two officers allegedly were after are related to an ongoing federal investigation and prosecution of a global telecommunications company, known as Company-1 in the filing, based in the People’s Republic of China. The Wall Street Journal separately confirmed the company was Huawei.

The DOJ’s charges include conspiracy to forcibly repatriate PRC nationals, attempted obstruction of a criminal prosecution, and conspiracy to act as an illegal agent of a foreign country.

The Department of Justice filed this complaint with another detailing a larger sting operation and 13 others who have also been charged.

In the complaint, the DOJ alleges that in September 2022, Guochun He told the government employee that they would provide additional payment in Bitcoin for additional information beyond that which was already provided. In October, the operatives allegedly paid the employee $20,000 in Bitcoin.

Blockchain intelligence firm Elliptic subsequently revealed that its analysis of the Bitcoin transactions involved in the case shows that the Chinese agents used the Wasabi Wallet mixing service in an attempt to conceal the transactions.

"There was enough information in the criminal complaint to uniquely identify the bitcoin transactions,” Chief Scientist & Co-Founder at Elliptic, Tom Robinson, told Decrypt in an email. “We then used our blockchain analytics tools to trace the source of the payments and identify the use of Wasabi.”

“Today’s complaint underscores the unrelenting efforts of the PRC government to undermine the rule of law,” United States Attorney Breon Peace said in a statement. “As alleged, the case involves an effort by PRC intelligence officers to obstruct an ongoing criminal prosecution by making bribes to obtain files from this office and sharing them with a global telecommunications company that is a charged defendant in an ongoing prosecution.”

Bitcoin’s use in crime has long been a cudgel for regulators, and officials worldwide have used such cases to call for the banning of digital assets and cryptocurrencies. U.S. officials have stepped up efforts in 2022 to curb the use of cryptocurrency in money laundering and other criminal activities, including banning U.S. citizens from using the Ethereum coin mixing service Tornado Cash.

“The same properties of digital assets that make them attractive to criminals – such as censorship resistance, pseudonymity and the ease with which they can be transferred across borders – also make them valuable tools for all intelligence agencies looking to fund clandestine operations,” Elliptic wrote.

“We will always act decisively to counteract criminal acts that target our system of justice,” Peace said.

Stay on top of crypto news, get daily updates in your inbox.

2H Ago
This Time is Different; the Bitcoin Security Model
For Ethereum, it is. The #1 smart contract blockchain in the world has moved to Proof of Stake due to it being more environmentally friendly and more secure than its Proof of Work counterpart. While…
Bitcoin
medium.com
5H Ago
Italy to impose 26% capital gains tax on crypto profits
Italy’s tax proposal comes only months after Portugal imposed a 28% tax on capital gains from cryptocurrencies held for less than a year
Bitcoin
cointelegraph.com
6H Ago
Pass your bitcoin to the next generation without revealing balances today, without creating single points of failure, and affordably with the Unchained Inheritance Protocol
Bitcoin is a multigenerational asset, but it’s important that the process of passing bitcoin to future generations is made simple. Today, we’re launching a new Inheritance Protocol to be used...
Bitcoin
unchained.com
13H Ago
Kraken lays off 30% of employees. Is this normal bear market behavior or implications of a future demise?
Kraken, one of the world's largest crypto exchanges, announced it is laying off 1,100 workers, or 30% of its headcount.
Bitcoin
cnbc.com