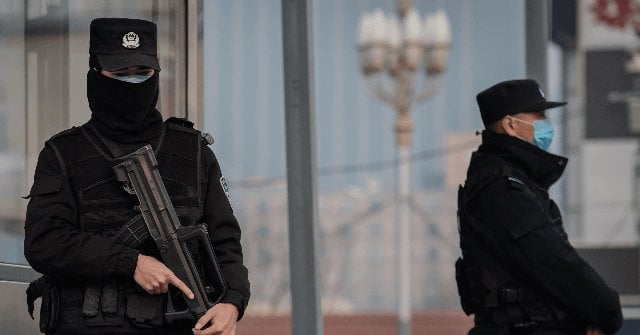 Shenzhen and Guangzhou, two of China’s largest cities, have been granted the authority to “requisition” personal property in order to halt the spread of the Wuhan coronavirus.

The move is especially noteworthy because those two cities are key elements of China’s high-tech economic engine.

Shenzhen and Guangzhou are located in Guangdong province, which has been hit by the most coronavirus cases outside Hubei, where the epidemic began. As of Wednesday, Shenzhen reported 375 confirmed infections and Guangzhou reported 317, while the province has a total of 1,177.

In both of the big Guangdong cities, legislators approved emergency measures that would enable officials to temporarily seize homes, commercial property, public venues, and vehicles thought to be contaminated, as well as commanding private businesses to produce any materials deemed necessary in fighting the coronavirus. Shortages of medical equipment and protective gear have been a persistent problem in areas where the virus is spreading, and shortages of food and supplies for quarantined populations are becoming a serious issue.

Guangdong’s provincial legislature is considering similar measures, with more of an emphasis on emergency quarantine measures and transportation restrictions than seizing private property.

Government officials seizing personal property might not seem like a big story in a Communist country, but laws that semi-approved the ownership of property passed over a decade ago played a major role in China’s rapid economic expansion. The emergency measures passed in Guangdong mark the first time local governments have seized property since the passage of the 2007 Property Law.

The Property Law included provisions for just this type of emergency seizu...