Can’t freeze Bitcoin. The global network is indestructible and incorruptible and apolitical. That’s the system where I want to store and transact value. 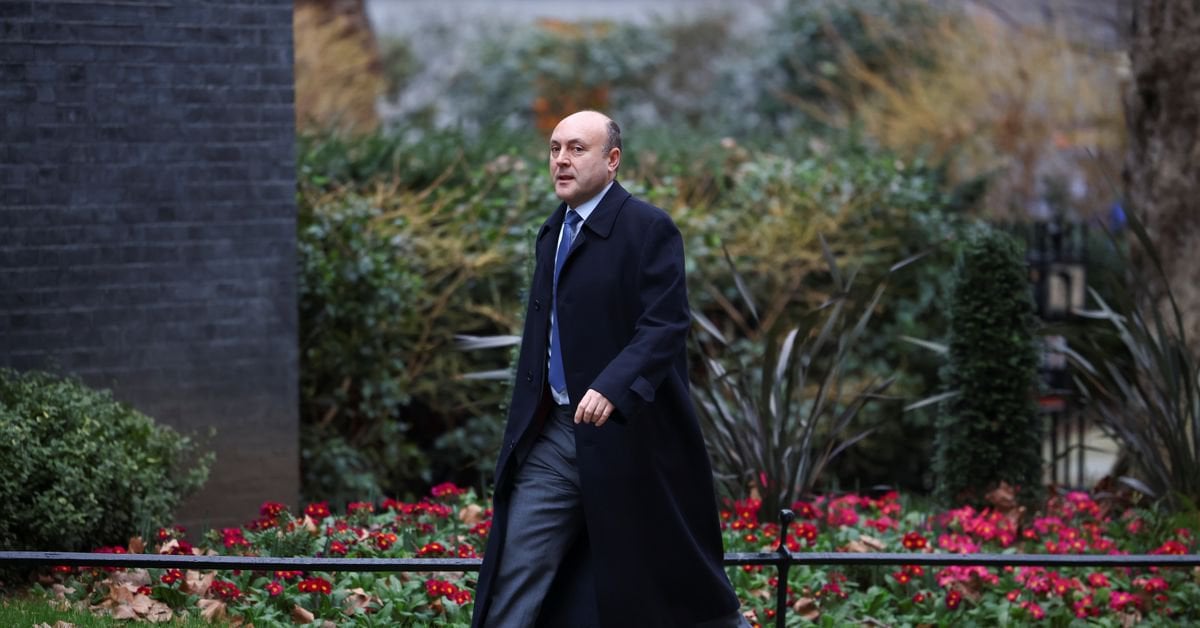 Can’t freeze Bitcoin. The global network is indestructible and incorruptible and apolitical. That’s the system where I want to store and transact value.

LONDON, Nov 10 (Reuters) - The British government said on Thursday it had frozen assets worth more than 18 billion pounds ($20.5 billion) held by Russian oligarchs, other individuals and businesses sanctioned over Moscow's invasion of Ukraine.

Russia has overtaken Libya and Iran to become Britain's most-sanctioned nation, the Office of Financial Sanctions Implementation (OFSI), part of the finance ministry, said in its annual report.

The frozen Russian assets were 6 billion pounds more than the amount reported across all other British sanctions regimes.

Russian billionaire Roman Abramovich and businessman Mikhail Fridman are among those sanctioned this year, along with President Vladimir Putin, his family and military commanders.

The frozen assets are a combination of shareholdings in companies and cash held in bank accounts. It does not include physical assets such as real estate or assets held in Crown Dependencies such as Guernsey and Jersey.

The government has sanctioned 95% of Russian exports to Britain and all imports of Russian oil and gas will stop by the end of 2022.

"We have imposed the most severe sanctions ever on Russia and it is crippling their war machine," said Andrew Griffith, a junior government minister in the Treasury in a statement.

"Our message is clear: we will not allow Putin to succeed in this brutal war."

Britain has so far sanctioned more than 1,200 individuals including high-profile businessmen and prominent politicians and more than 120 entities in Russia.

Britain was the destination for much of the Russian money that flowed into the West in the decades following the Soviet Union's collapse in 1991.

The European Union, a 27-nation bloc with an economy five times larger, said in July it had frozen 13.8 billion euros ($13.83 billion) of Russian assets over the war in Ukraine.

Western sanctions on Russia mean a depletion of stockpiled parts for the automotive industry, with new cars such as the latest Lada model being produced without airbags or anti-lock brakes, officials said.

Russian aerospace companies are stripping airliners for spare parts and using semiconductors in kitchen appliances in Soviet-era tanks, the officials said, adding that a shortage of ammunition had contributed to Ukraine's recent battlefield successes.

Longer-term, Russia is suffering a brain drain and a lack of access to critical technologies, with 75% of companies reducing operations and 25% leaving the country entirely, officials said.

While Russian assets are currently only frozen, there are discussions on what options are available to seize them. Western officials say there is a need for large-scale financial help to rebuild Ukraine and a moral case for those responsible for the invasion to contribute to this.

"I think what we would like to do is look at what all the options are, what's possible, and then take a decision with allies on that," one official said.

Since Britain began imposing travel bans and asset freezes after Russia invaded Ukraine on Feb. 24, the government has received 236 reports of sanction breaches.

In the first test of Britain's approach to enforcing sanctions, Russian billionaire Petr Aven is challenging in a London court allegations that he evaded sanctions. He is accused of using money parked in British accounts to fund his lifestyle.

4H Ago
Bitcoin did not appear out of thin air overnight. A rich history of efforts (and failures) by cypherpunks helped us arrive to where we are today.
While many of the innovations in the space are new, they’re built on decades of work that led to this point. By tracing this history, we can understand the motivations behind the movement that spawned bitcoin and share its vision for the future.
Bitcoin
blog.lopp.net
5H Ago
Major Canadian Crypto Exchange Coinsquare Says Client Data Breached
The exchange claimed the breached personal data wasn't likely seen "by the bad actor” and customers' assets are “secure in cold storage and are not at risk.”
Bitcoin
coindesk.com
5H Ago
#ContestosTürkiye costv 60.000.000 Vest kredisi dağıtılacak gelmek isteyen olursa linkime bekliyorum
#ContentosTürkiye Buyuk kapışma
Bitcoin
cos.tv
15H Ago
Bitcoin - article
Do not use stETH, renBTC, WBTC and other "wrapped" assets. Now the whole market is shaking, especially the giants of the industry, do not keep funds
Bitcoin
alrsooog.com