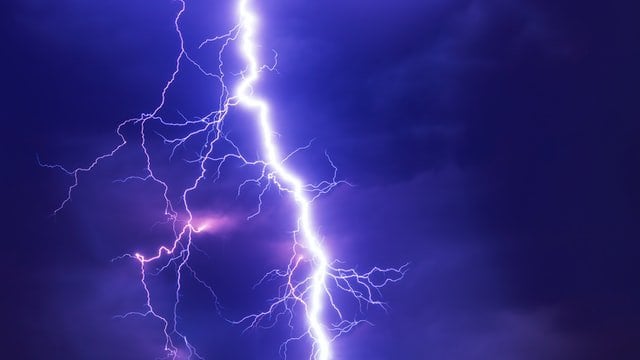 Related Reading | Strike To Integrate Bitcoin Lightning With Shopify: Why It Matters

This suggests that people are adopting the Lightning Network, but can the payment solution function at scale? Morgan Stanley set out to answer this question.

Alex Gladstein, Chief Strategy Officer (CSO) for the Human Rights Foundation (HRF), summarized the report via his Twitter account. He claims the document is a product of Jack Maller’s Bitcoin-based Lightning Network company Strike and its recent partnerships with Shopify, NCR, and Blackhawk.

Strike provide U.S. companies with a point-of-sale (PoS) based on BTC’s Lighting Network, an alternative to traditional payment rails, VISA, and Mastercard. As Morgan Stanley said, according to Gladstein, one in six PoS is powered by NCR which makes that announcement more significant.

The VISA and Mastercard power PoS and Strike’s alternative, the banking institution noted, operate similarly proving users with “real-time settlement” for payment. However, the BTC alternative is much cheaper, with better privacy features. Gladstein highlighted the following from the report:

(…) while the benefit for the consumer is that they can, if they want, host their bitcoin on a private, secure network, allowing an element of privacy associated with their transaction.

The banking institution, Gladstein continued, pointed out the tradeoffs of using a Bitcoin-based PoS: the price fluctuation in the underlying asset, the taxes implications, and the potential scrutiny from regulators and government officials if they believe that BTC is a “legitimate competitor currency to the U.S. dollar”.

Over the past decade, the price of Bitcoin has increased significantly and seems to continue on an uptrend. This could be a limitation, as mentioned above, of its capacity to be a medium of exchange. People could see little incentives in spending their BTC.

In that sense, the report claims that Bear Markets could be beneficial for BTC spending. Over the long run, as seen in the chart below, the cryptocurrency is better at providing its holders with more purchasing power, unlike the U.S. dollar.

The banking institution presented two charts. The first is the price of a bag of potato chips in the U.S. versus Bitcoin and the U.S. dollar. Despite its volatility, BTC has gained purchasing power, as its decreases in terms of fiat.

The same principle applies to the housing market as real estate becomes cheaper in BTC and expensive in U.S. dollars. Gladstein claims, based on the report, that the average U.S. home price declined from 993 BTC in 2015 to 8.27 BTC today.

(the report) suggests we are at the beginning of an era where more and more consumers may over time choose to pay for goods using Bitcoin and cryptocurrency.

7H Ago
Bitcoin - article
Do not use stETH, renBTC, WBTC and other "wrapped" assets. Now the whole market is shaking, especially the giants of the industry, do not keep funds
Bitcoin
alrsooog.com
8H Ago
BitcoinBlackFriday.org : Ohm BlackBox, Coinkite, CryptoCloaks, BTC Pins, Blockstream, Fold, Satoshi Corner, Little HODLer, NoGood and much more.
Get great #BlackFriday deals on #Bitcoin products and services.
Bitcoin
bitcoinblackfriday.org
8H Ago
Coinkite BackFriday sale, up to 25% OFF. COLDCARD, BLOCKCLOCK, TAPSIGNER, SEEDPLATE and more. Ends 28th
Get your Coinkite, Opendime and Coldcard product here!
Bitcoin
store.coinkite.com
11H Ago
Everything You Need To Know About Passphrases (25th word)
A Brief on Private Keys & Wallets
Bitcoin
blog.coinkite.com