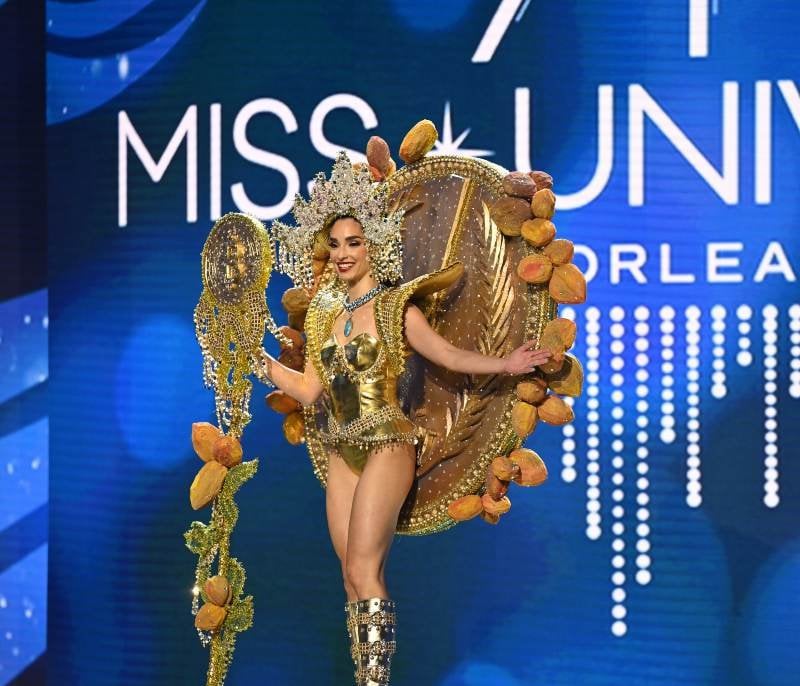 Alejandra Guajardo at the Miss Universe wearing a Bitcoin costume

Alejandra Guajardo’s beauty has surprised many people. So much so, that she has become the representative of El Salvador in the Miss Universe pageant, which just happened this week. And at the event, she wore a Bitcoin costume, pictured above.

El Salvador has adopted the use of Bitcoin as legal tender, becoming the first country in the world to do so. The government has cited several benefits of using Bitcoin, including the potential for increased financial inclusion and the ability to attract investment from the technology sector. Additionally, Bitcoin’s decentralized nature means that it is not subject to the same inflationary pressures as traditional fiat currencies.

However, there are also several downsides to using Bitcoin. The value of Bitcoin is highly volatile, which can make it difficult for businesses and individuals to plan for the future. Additionally, the lack of regulation and oversight of Bitcoin means that it is often associated with illegal activities, such as money laundering and the purchase of illegal goods.

There has been some controversy surrounding El Salvador’s decision to adopt Bitcoin as legal tender. Some experts have expressed concern that the country is not prepared for the challenges that come with using a digital currency, and that the move could lead to further economic instability. Others have praised the decision as a bold step towards the mainstream adoption of digital currencies.

It’s worth noting that even though El Salvador has made Bitcoin legal tender, the country still lacks the infrastructure and the technical know-how to make it a widely used currency. The majority of the population doesn’t have access to smartphones or internet, and the ones that do, they don’t trust the technology.

2H Ago
SLP456 Casey Rodarmor What are Ordinals?
Casey Rodarmor joins me to chat about Ordinals and Inscriptions. Now we get into the pros and cons of this, and whether it is bad for Bitcoin. We chat: What Ordinals and Inscriptions are The ‘bull’ case for Ordinals and Inscriptions Do they spam the bitcoin blockchain?  Witness data on the input side, not output…
Bitcoin
stephanlivera.com
7H Ago
Massive step forward for adoption. You can basically live off Bitcoin in South Africa now
All Pick n Pay stores in South Africa can now accept Bitcoin payments using the Lightning network.
Bitcoin
mybroadband.co.za
12H Ago
Retail giant Pick n Pay to accept Bitcoin in 1,628 stores across South Africa
The South African grocery retailer Pick n Pay is expanding its Bitcoin coverage to all 1,628 stores across the country.
Bitcoin
cointelegraph.com
16H Ago
UK strikes: Half a million walk out for higher pay... Someone need to tell them the truth.
Teachers, train drivers and civil servants in the UK demanding pay raises to keep up with rising costs of living participated in a mass strike. The strike led to the closure of some schools and rail disruptions.
Bitcoin
dw.com