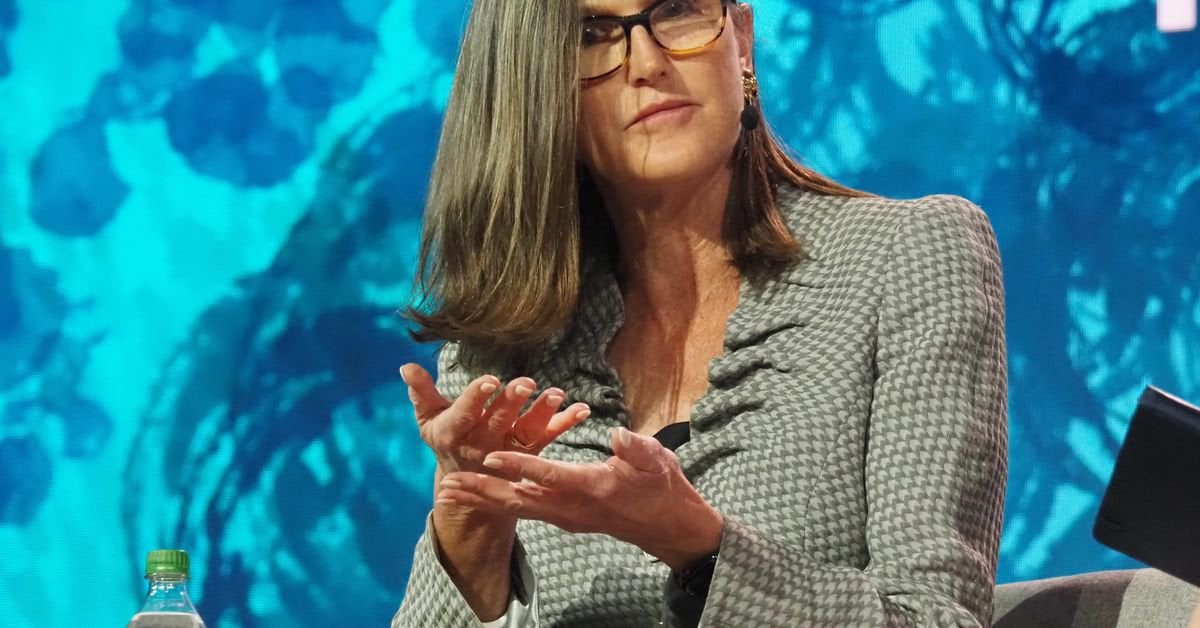 Appearing on Peter McCormack's "What Bitcoin Did" podcast, ARK Investment Management CEO Cathie Wood said she purchased $100,000 worth of bitcoin (BTC) when it was trading around $250 (which would suggest sometime in 2015). She said she hasn't sold any of that initial investment, meaning her current profit on that $100,000 bet would be around $7.6 million.

Wood, whose firm she co-founded is focused on innovative and disruptive investments, said that while she was able to make that personal bet on bitcoin, she couldn't do the same in the ARK funds themselves as they were and are only allowed to invest in securities.

ARK eventually was able to get bitcoin exposure via the Grayscale Bitcoin Trust (GBTC). The ARK Next Generation Internet Fund (ARKW) currently holds about 5.9 million shares of GBTC valued at roughly $67.4 million.

Wood continues to be bullish on bitcoin, and sees the Grayscale Trust – currently selling at about a 35% discount to net asset value – as trading at a "fire sale" price given the chance that at some point it will be cleared to convert into a spot exchange-traded fund (if regulators allow).

4H Ago
Bitcoin did not appear out of thin air overnight. A rich history of efforts (and failures) by cypherpunks helped us arrive to where we are today.
While many of the innovations in the space are new, they’re built on decades of work that led to this point. By tracing this history, we can understand the motivations behind the movement that spawned bitcoin and share its vision for the future.
Bitcoin
blog.lopp.net
5H Ago
Major Canadian Crypto Exchange Coinsquare Says Client Data Breached
The exchange claimed the breached personal data wasn't likely seen "by the bad actor” and customers' assets are “secure in cold storage and are not at risk.”
Bitcoin
coindesk.com
5H Ago
#ContestosTürkiye costv 60.000.000 Vest kredisi dağıtılacak gelmek isteyen olursa linkime bekliyorum
#ContentosTürkiye Buyuk kapışma
Bitcoin
cos.tv
15H Ago
Bitcoin - article
Do not use stETH, renBTC, WBTC and other "wrapped" assets. Now the whole market is shaking, especially the giants of the industry, do not keep funds
Bitcoin
alrsooog.com