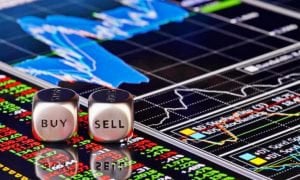 In fact, one month before the launch of contract transaction,  Huobi set a record of 7 hours of continuous downtime. At the beginning of the Huobi BTC Contract Competition, Huobi’s APP once again downtime.

In order to avoid allocation, Huobi usually close out the deal in advance. For example, if the current price of Bitcoin is $1,000, according to the rules of other exchanges, the deal will not close out until it drops to $800, while Huobi will close out early as it drops to $900. This invisibly increases the risk of contract products.

In the cryptocurrency market, contract products are powerful complement to the actuals, and have the function of risk hedging for investors. OKEx’ CEO doubted over the statement of Huobi,

Crypto exchanges no matter OKEx or BitMEX all set a close line in contract transaction mechanism to avoid margin accounts unable to cover the loss. In general, close lines for BTC and ETH in OKEx or BitMEX are set at 10% to 20% of floating loss.

In August 14, Huobi released a statement to respond the issues about close out index...