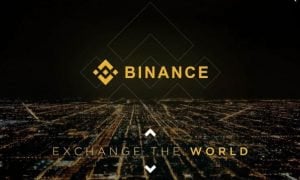 The world’s largest cryptocurrency exchange Binance has announced the plan of launching an open blockchain project “Venus”, an initiative to develop localized stablecoins and digital assets pegged to fiat currencies across the globe.

As per the announcement published today Aug.19, the localized stablecoin initiative will leverage the exchange’s existing infrastructure such as its public chain Binance Chain and cross-border payment systems, wider user base and already established global compliance measures.

Bearing a similar vision with social media giant Facebook’s Libra, “Venus”, defined as a “regional version of Libra”, aims to break down the financial hegemony and reshape the world’s financial system, which enables latecomers to have more initiative and stability in finance, as well as enhance the economic efficiency of countries.

The exchange says it is seeking “partnerships with governments, corporations, technology companies, and other cryptocurrency companies and projects involved in the larger blockchain ecosystem, to empower developed and developing countries to spur new currencies.”

“We believe that in the near and long term, stablecoins will progressively replace traditional fiat currencies in countries around the world, and bring a new and balanced standard of the digital economy.” said He Yi, Binance co-founder and CMO.

In its Chinese version of the announcement, the exchange believes that

“Libras are growing at an exponential rate and will reshape the world financial system, bringing changes more than the Internet. Instead of resisting change and losing the opportunity, it is better to embrace the change. Under the planned economy system, the successful experience of Shenzhen’s bold exploration of market economy is a good case. At the same time, Libras need to be developed in an orderly manner under the regulatory framework.”

In the conclusion part, it ended up with three suggestions for the...