Apparently we don't own our BAT if we self tip ourselves to sidestep no withdrawals via mobile?

This last weekend I had 150 bat frozen as suspicious from my Brave Creators account that I had self tipped because mobile withdrawal has still not been put in place. An interesting note I noticed on the appeal page was, and I really regret not getting a screenshot of it now, a statement to the effect that we will never freeze "your" BAT. Does that mean Brave doesn't consider BAT in our creators account ours once we get tipped it and/or the tipper's once they tip it to us? I realize Brave has a stake and duty to it by nature of facilitating and running this service, but I found that interesting. Before anyone accuses me of not giving Brave a fair shot to make things right and unfreeze my funds, despite being utterly pissed off about being punished for a workaround expressly allowed, if not endorsed, by Brave for a shortcoming in their software, this is the second week-day and the 4th day overall since I noticed it, and the transfer to Uphold for this month started well before that, so they've had plenty of notice. This is now how you get users to trust you or your service.
Go to self.BATProject
everipedia.org

Everipedia's Brave Contributor of the Day:Catch YouTuber and writer Andrew Schmelyun get down and dirty in the details of coding. His tutorials are focused on PHP, Javascript, and other web development tech. ⛏👨‍💻 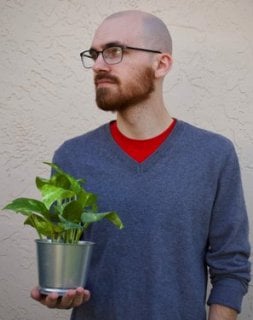 Everipedia's Brave Contributor of the Day:Catch YouTuber and writer Andrew Schmelyun get down and dirty in the details of coding. His tutorials are focused on PHP, Javascript, and other web development tech. ⛏👨‍💻

The Wiki Encyclopedia for Everything, Everyone, Everywhere. Everipedia offers a space for you to dive into anything you find interesting, connect with people who share your interests, and contribute y...