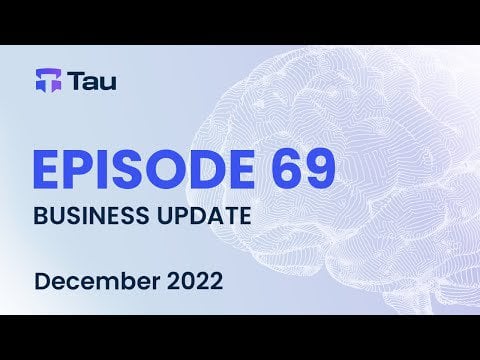 🔹Karolina's been focused on updating the Tau product page. Igor has been working on the design to ensure everything looks good. In addition, an animated video that explains the differences between traditional software development and the Tau method is in progress. This short video will be featured on the new tau website and should help visitors quickly understand the benefits of Tau. We are also continuing to work on the new branding for Tau. We have received some concepts from our designer and have been providing feedback.

🔹 Kilian's continued his aggregation of venture capitalists in the scope of our series A round. He's halted outreach until the new website is launched. He has a long list of VCS in the developer tools and the early-stage sector, so that should make up a promising mix to reach out to once the new year starts. He's also been providing feedback on the new website. 🏆 Community members of the month are u/ndrEw for his continued great output of YouTube shorts. Great work!

🔹Igor's continued his work on website design and development alongside Fola and Karolina, including a photo explaining the Tau process. Regarding the animation, he has repaired the elements needed for the design. He's contributing towards improving it to be launched ASAP. As for the pitch deck, he's added a couple more edits, adding a new page as well. He's been in talks with a SEO / Technical Marketing Advisor who will be able to help with that side of the website.

🔹Fola's involved in all of the above. 2023 looks fantastic with the launch of the tau language, the new site, and all the internal marketing efforts the team's preparing.